The International Atomic Energy Agency (IAEA) monitored a growing amount of nuclear material in 2019, but persistent security and political challenges prevented the agency from understanding the full scope of nuclear activities in some nations. The agency circulated its annual report of its safeguards activity in April, disclosing that its personnel conducted 2,179 inspections in 183 states in 2019. It now oversees over 8 percent more nuclear material than the previous year. Overall, the material would be enough for more than 216,400 nuclear weapons, which the agency calls “significant quantities.” 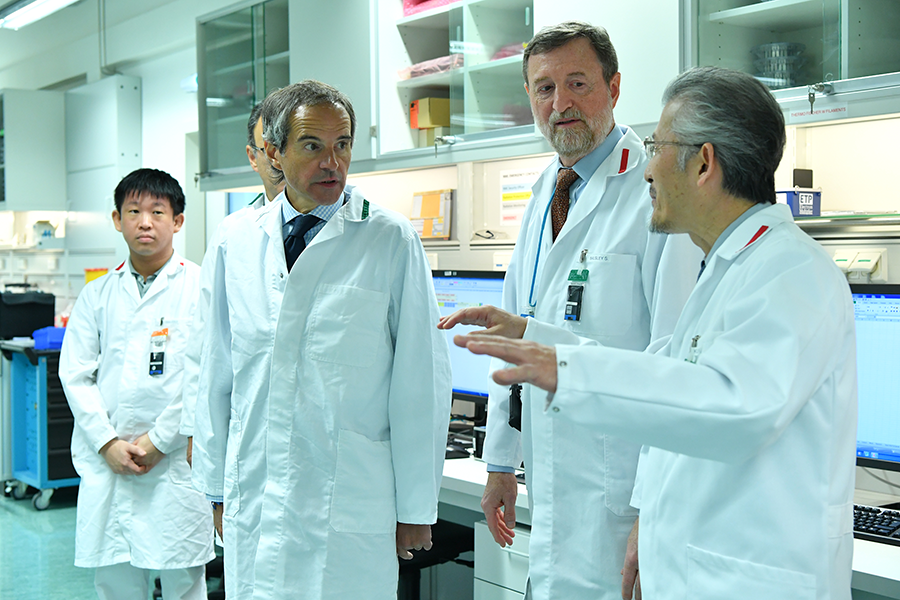 The annual safeguards implementation report reflects the global scale of the IAEA’s role in ensuring that nuclear materials in peaceful facilities are not diverted to military uses. It summarizes the agency’s activities to implement safeguards across member states and its conclusion about the status of nuclear materials in states where safeguards are conducted. The agency has given the report only to its member states. A copy of the document was provided to

The report also highlights difficulties in meeting those safeguards goals. In the case of Libya, for example, the IAEA was no longer able to confirm that there was “no indication of undeclared nuclear material or activities” or any diversion of nuclear material. According to the report, the IAEA cannot verify “the actual status of nuclear material previously declared by Libya” at a particular location. It is likely that the country’s unstable security situation has made it difficult for IAEA inspectors to conduct their routine work.

The report also highlighted difficulties in understanding all nuclear activities in North Korea and Syria. The agency has not conducted any on-site inspections in North Korea since April 2009, when IAEA inspectors were asked to leave. But the agency intensified its efforts in 2019 to enhance agency readiness “to play its essential role in verifying” the country’s nuclear program once a political agreement is reached, according to the report.

The report concluded that there were “no indications of the operation” in 2019 of North Korea’s five-megawatts electric reactor, which produces plutonium for nuclear weapons, or at a facility that separates plutonium from the reactor’s spent fuel. But there have been “indications consistent with the use of the reported centrifuge enrichment facility.”

In Syria, IAEA inspectors visited the nation’s Miniature Neutron Source Reactor, which contains less than one kilogram of weapons-grade uranium, and another site in Damascus in 2019, but the agency continues to press Syria to cooperate with the agency’s investigation into a building destroyed in 2008 that “was very likely” a nuclear reactor that Syria failed to declare to the IAEA.

The IAEA noted that some states that have negotiated additional protocols have yet to provide the agency with all of the required information under the agreement and that some states restricted access to inspectors, but that progress is being made in providing more timely information.

The safeguards report also said that three states did not allow inspectors to access certain areas within declared facilities, only one of those cases was resolved in 2019, and five states did not provide “timely access” for inspectors. The report did not specify the states.

Forty-four states are implementing safeguards but not additional protocols. The IAEA noted that, for these states, “declared nuclear material remained in peaceful activities” and conducted 146 inspections at sites in these countries.

The IAEA also conducts safeguards inspections in the five nuclear-weapon states (China, France, Russia, the United Kingdom, and the United States), which are not required to implement safeguards under the NPT. All five, however, have negotiated what are called “voluntary offer” safeguards and additional protocols with the IAEA, which covers more than 35,000 significant quantities of nonmilitary nuclear materials and facilities. The agency conducted 79 inspections at sites in the five nuclear-weapon states in 2019.

In addition, the report contains information about IAEA efforts to address new technical challenges. According to the report, the IAEA continued to work on safeguards applications for new types of facilities, including small modular reactors and geological repositories for spent fuel. One of the new technologies successfully tested in 2019 is an unattended monitoring system for cylinders of uranium gas at enrichment facilities.

The report also documents IAEA sampling and deployment of technologies used for conducting safeguards inspections. According to the report, the IAEA collected 442 uranium samples, 40 plutonium samples, and 405 environmental samples in 2019. The report noted that the total installation of surveillance cameras was 1,425 by the end of 2019, including new underwater cameras for spent fuel ponds, and that inspectors tested new software for reviewing data collected by IAEA surveillance systems.