A senior member of the German Parliament has revitalized the debate over whether the nation should host U.S. nuclear weapons on German soil. “It is about time that Germany in the future excludes the deployment” of nuclear weapons on its territory, said Rolf Mützenich, the leader of the Social Democrat (SPD) group in the Bundestag, in a May 2 interview with Der Tagesspiegel. The German Social Democrats are coalition partners of the conservative Christian Democrat Union (CDU). The SPD leadership backed Mützenich's comments. 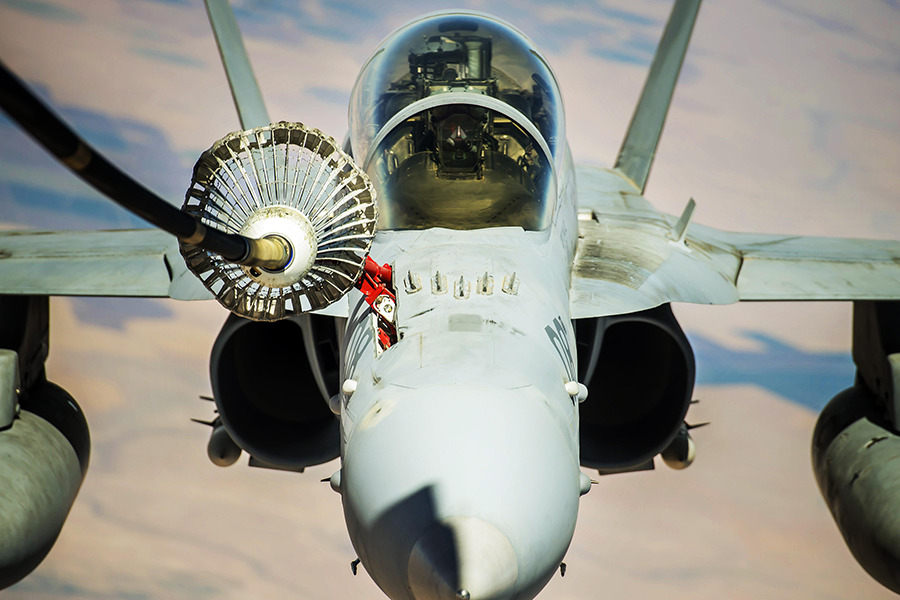 The discussion followed a mid-April decision by the Defense Ministry to replace Germany’s current fleet of Tornado aircraft, some of which are dual-capable with 90 Eurofighter Typhoon and 45 U.S. F-18 fighter aircraft. Thirty of the F-18s would be certified to carry U.S. nuclear weapons.

Under nuclear sharing arrangements, NATO allies jointly discuss, plan, and train nuclear missions. According to Hans Kristensen of the Federation of American Scientists, Belgium, Germany, Italy, the Netherlands, and Turkey host up to 150 U.S. B-61 nuclear gravity bombs on their territory. These countries, except Turkey, provide their own aircraft capable of delivering nuclear weapons in times of war. Details of the arrangements remain shrouded in secrecy, but 20 U.S. nuclear weapons are estimated to be deployed at Büchel air base in western Germany.

The Tornado replacement has been controversial for years. Washington has been lobbying Berlin to follow the example of other host nations and buy U.S. F-35 aircraft as the future nuclear weapons carrier.

France prefers a European approach, and it is jointly developing with Germany and Spain the Future Combat Air System (FCAS), a sixth-generation fighter aircraft that will have a nuclear capability in the French Air Force. Germany’s selection of the F-18 was thus a political compromise which Defense Minister Annegret Kramp-Karrenbauer presented as a “bridge solution” until the FCAS becomes operational after 2040. Germany plans to retire the Tornado between 2025 and 2030.

Kramp-Karrenbauer may have mishandled the process by not sufficiently consulting with SPD members in the parliament. She has conceded that the Bundestag would not need to make a decision until 2022 at the earliest and said that there would thus be “space for a debate” on the dual-capable aircraft decision in the campaign for the September 2021 parliamentary elections and negotiations on a new coalition government thereafter.

In a May 7 article in Internationale Politik und Gesellschaft, Mützenich took up that invitation, saying that he would like “an open and honest debate about the rationale for nuclear sharing.” Social Democrats “are not calling for the immediate denuclearization of NATO,” but want to discuss the need “to spend billions on the procurement and maintenance of U.S. aircraft whose sole purpose is to drop American nuclear bombs,” he wrote.

Katja Keul, spokeswoman on disarmament policy for the Green party, told Arms Control Today in a May 14 interview that the Greens “do not want to put Germany on a path of continued involvement in technical sharing arrangements by committing to the procurement of a new nuclear-capable aircraft now.” Based on current polls, many expect the Greens to be part of Germany’s next government.

Keul, like other proponents of change, separated Germany’s role as a host nation from the continued participation in NATO political bodies associated with nuclear sharing, such as the Nuclear Planning Group. By contrast, those who have argued in favor of preserving the nuclear status quo have often conflated technical and political dimensions of sharing arrangements, equating the end of forward deployment of U.S. nuclear weapons with a denuclearization of the alliance or even the end of deterrence.

The idea that NATO’s consultative mechanisms provide Berlin with influence on the policies of its nuclear allies has always been a key rationale for German involvement in them.

But Mützenich argued that this concept of Mitsprache is no more than a “long-held pious hope,” arguing that “non-nuclear powers do not have any influence on the nuclear strategy, let alone when it comes to the deployment options of nuclear powers.” He cited the U.S. withdrawals from the Intermediate-Range Nuclear Forces Treaty and the 2015 Iran nuclear deal, as well as the “reorientation of U.S. nuclear weapons as a means of conducting warfare,” as examples of recent Trump administration decisions that contravene European interests.

Roderich Kiesewetter, CDU spokesman for the Bundestag’s Foreign Affairs Committee, told Arms Control Today on May 12 that NATO’s unique nuclear sharing arrangements are important because they “guarantee trust in the extended nuclear umbrella and thus avoid nuclear proliferation in the European theater.” But he added that “it would be naive to believe that a U.S. president would grant Europeans influence on U.S. nuclear strategy or a more general say on the use of U.S. nuclear weapons in conflict.”

By contrast, Richard A. Grenell, U.S. ambassador in Berlin, in a May 14 opinion piece in Die Welt claimed that “Germany’s participation in nuclear share ensures that its voice matters.”

In dozens of commentaries, conservative decision-makers, analysts, and pundits have accused withdrawal proponents of weakening NATO cohesion. In an obvious aside to his party colleague Mützenich, Foreign Minister Heiko Maas warned on May 4 that one-sided steps “weaken our alliances.” Georgette Mosbacher, the U.S. ambassador to Poland, in a May 15 tweet suggested that “if Germany wants to diminish nuclear capability and weaken NATO, perhaps Poland—which pays its fair share, understands the risks, and is on NATO’s eastern flank—could house the capabilities.”

In fact, there is broad agreement in Berlin that “it is important to bring this debate to the European level and to discuss it with NATO partners,” Gabriela Heinrich, deputy leader of the SPD Parliamentary Group, told Arms Control Today on May 13.

But different preferences exist on the direction and structure of a discussion with alliance partners. Keul said the Greens want “Germany to push for a new consensus in NATO that would pave the way for the withdrawal of U.S. nuclear weapons from Europe. That would be our plan A.” She cautioned that “because such a consensus will be difficult to achieve, our plan B would be to ask for understanding that Germany will end the deployment of U.S. nuclear weapons on its territory once the Tornado reaches the end of its lifetime.”

Kiesewetter pointed out that “it matters who is the sender of messages on nuclear issues across the Atlantic.” He suggested that, “to avoid the impression of unilateralism, the five nuclear host nations should first among themselves discuss what their position on the future of nuclear sharing is.” Then, Kiesewetter said, “we should also consult with central and eastern European countries what package of non-nuclear defense and deterrence measures might provide complimentary reassurances and can be an effective deterrent to Russia.”

Like others, Keul believes that “the future of nuclear sharing should certainly be on the agenda of the NATO experts group” established by Secretary-General Jens Stoltenberg at end of March. Kiesewetter agrees that “we need an informed debate, including by experts, on the future of nuclear sharing arrangements.” The group, co-chaired by former U.S. diplomat A. Wess Mitchell and former German Defense Minister Lothar de Maizière, is to discuss NATO’s political role. Heinrich suggested that it would also be “useful if the experts include civil society in their deliberations.”

Heinrich said that “there is no pressure to bring the debate on nuclear sharing to a quick conclusion,” predicting that it would be an issue in the next federal election. Another waypoint in the debate might be the modernization of U.S. nuclear weapons in Europe. Mützenich stated that he is opposed to “replacing the U.S. tactical nuclear weapons stationed in Büchel with new atomic warheads,” referring to U.S. plans to deploy new B61-12 weapons sometime after 2022.