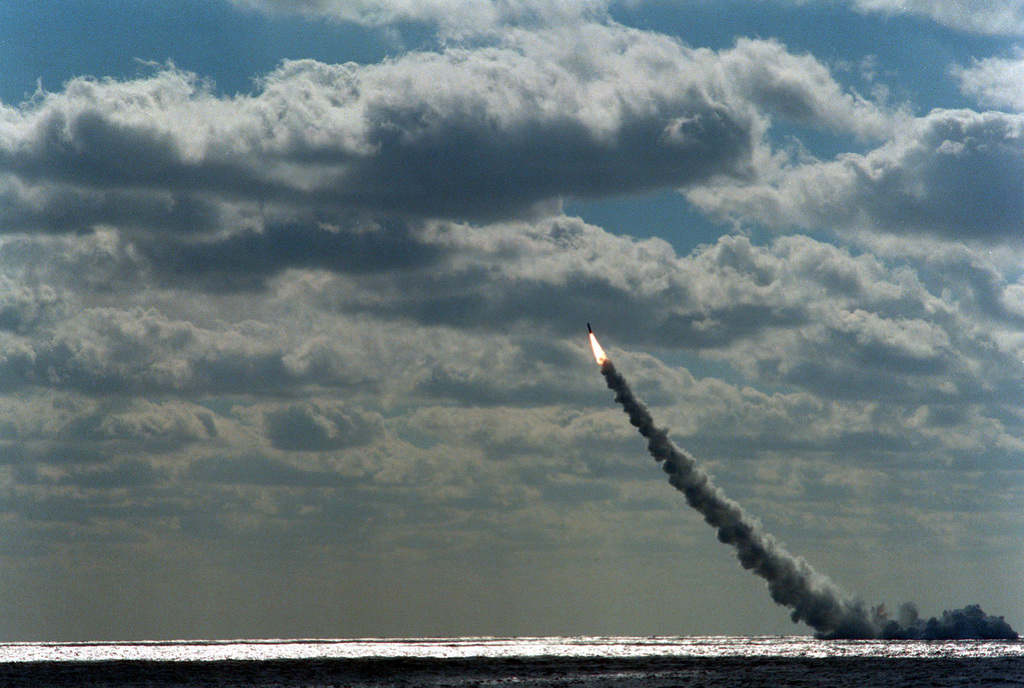 But President Donald Trump says he would like to work with Russian President Vladimir Putin “to discuss the arms race, which is getting out of control.” Since April 2018, Trump and his advisers have talked about somehow involving China in nuclear arms control yet they have failed to explain how to do so.

Meanwhile, Trump has rebuffed Russia’s offer to extend the only remaining nuclear arms control treaty, the 2010 New Strategic Arms Control Treaty (New START), by five years. This can be accomplished through an executive agreement that must be concluded before the treaty expires Feb. 5, 2021.

Having wasted valuable time, team Trump is now threatening to allow New START to expire and launch a new arms race unless Russia, as well as China, agree to a new and more ambitious arms control deal involving all types of nuclear weapons, strategic and nonstrategic. The Washington Post reported May 22 that senior administration officials even discussed the option of a demonstration nuclear test explosion as a way to pressure the Russian and Chinese leaders to accept the U.S. terms. This would not advance arms control; it would be an invitation for other nuclear-actors to follow suit; and it would blow apart the nonproliferation regime.

The president’s new “arms control” envoy, Marshall Billingslea, told The Washington Times on May 7 that before there is talk about extension of New START, Russia must “bring the Chinese to the negotiating table.” In remarks on May 21, Billingslea said that “any potential extension of our existing obligations must be tied to progress towards a new era of arms control.”

Serious pursuit of deep cuts in all types of nuclear weapons in the bloated U.S. and Russian arsenals and engaging other nuclear-armed states in disarmament talks are crucial. But there is no possibility of concluding a new and complex nuclear deal before New START expires, and discarding New START without a replacement agreement would be foreign policy malpractice.

Negotiations to account for, reduce, and eliminate U.S. and Russian nonstrategic nuclear weapons are overdue, but they will not be easy. Russian officials say they are prepared to talk about these weapons, but only if U.S. leaders are prepared to address Russian concerns, including U.S. missile defenses—an issue U.S. officials, including Billingslea, say is non-negotiable.

Leaders in Beijing have repeatedly said they are not interested in an arms control deal as long as Russian and U.S. nuclear arsenals remain orders of magnitude larger than China’s. Russian officials say they are open to talks with China, but it is up to Washington to bring Beijing to the table, and they want France and the United Kingdom involved in any such talks.

Unfortunately, the administration’s entire approach seems to be based on an exaggerated and naive belief that tough talk and threats will somehow coerce Russia and China to make major unilateral concessions. In remarks broadcast on May 21, Billingslea said the United States would not hesitate to engage in a costly nuclear arms race if China and Russia do not agree to U.S. terms. “We know how to win these races, and we know how to spend the adversary into oblivion,” he said.

U.S. allies and U.S. military and intelligence officials greatly value the New START limits and its inspection capabilities, which provide predictability and transparency. As Adm. Michael Mullen, the former chairman of the U.S. Joint Chiefs of Staff, said on April 29, “Put me down in the column of extension, and the reason for that is the clock is running. Certainly, in my experience, getting to the right specifics in a very complex treaty takes a long time.”

The administration’s unserious approach on New START—a pattern of behavior that led to its decisions to withdraw from the Open Skies Treaty, the Intermediate-Range Nuclear Forces Treaty, and the Iran nuclear deal—suggests it may simply be seeking a pretext for exiting yet another valuable risk reduction agreement without a plan B.

If Trump genuinely wants to constrain and reduce the nuclear capabilities of major adversaries, the first and best step is to promptly agree to extend New START by five years. This would create the time and the right environment for follow-on disarmament talks with Russia and serious give-and-take discussions with China on risk reduction options, including a possible freeze of the size of China’s arsenal and joint stockpile declarations.

Unless the White House shifts course and soon, the United States may lose the benefits of New START, and Trump will have opened the door to a more dangerous and costly phase of the global nuclear arms race, which everyone stands to lose.