Russian President Vladimir Putin said in December that Moscow is open to extending the New Strategic Arms Reduction Treaty (New START) unconditionally, but the Trump administration remains undecided about the future of the accord. 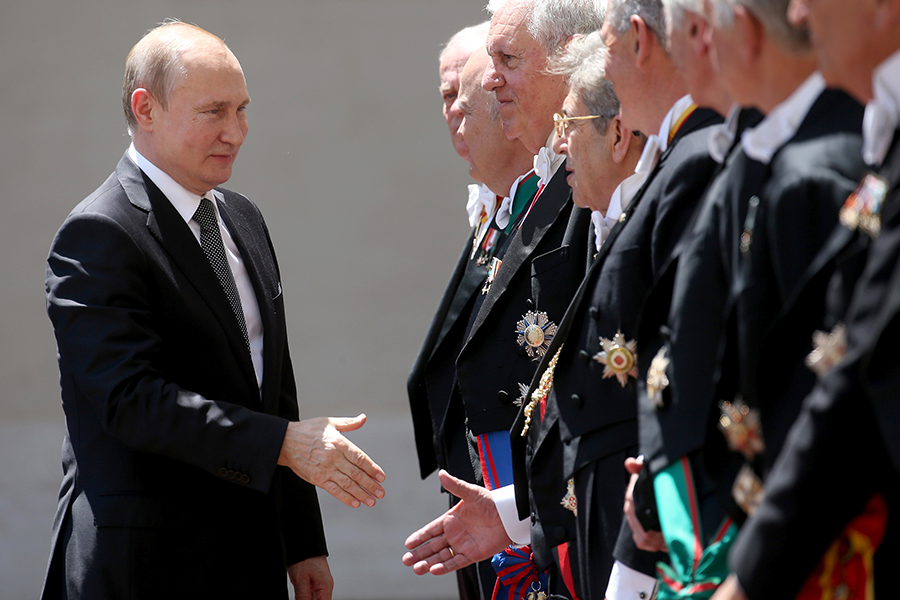 “Russia is willing to immediately, as soon as possible, before the year is out, renew this treaty without any preconditions,” Putin told a meeting of Defense Ministry officials on Dec. 5. He noted that Moscow has not received a response from Washington to its proposal to renew the treaty.

Putin reiterated his offer at his end-of-year news conference on Dec. 19, saying that “we stand ready until the end of the year to extend the existing New START as is.” New START is slated to expire on Feb. 5, 2021, but can be extended by up to five years subject to the agreement of the U.S. and Russian presidents.

Russian officials subsequently offered a rationale for the urgency of Putin’s offer.

In a Dec. 27 interview, Russian Foreign Minister Sergey Lavrov said that an extension requires the Russian Federal Assembly to “complete certain procedures,” and time needed to do so is running short.

“If we keep dragging our feet on this, we might end up under intense time pressure,” added Russian Deputy Foreign Minister Sergey Ryabkov on Dec. 26. “We would not like to be forced to bring the attention of the Trump administration to this matter as the [presidential] election campaign reaches its peak,” he added.

At the NATO leaders meeting in London in early December, U.S. President Donald Trump appeared to acknowledge Putin’s interest in making a deal on arms control. Trump did not specifically mention New START, and he instead repeated his goals of reaching a more comprehensive deal that covers additional types of nuclear weapons and also includes China. (See ACT, November 2019.)

“Russia wants very much to make a deal on arms control and nuclear,” Trump said on Dec. 3 during a press conference alongside NATO Secretary-General Jens Stoltenberg. “We’ll also certainly bring in…China,” he said. “We may bring them in later, or we may bring them in now.”

As he has in the past, Trump described Beijing as “extremely excited” about such an agreement, but numerous statements from Chinese officials have contradicted Trump’s assertion. Currently, the United States and Russia are estimated to have more than 6,000 total nuclear warheads each, while China has about 300.

Russia has also expressed concern about the Trump administration’s desire for a broader agreement. Commenting on the administration’s approach following a meeting with U.S. Secretary of State Mike Pompeo in Washington on Dec. 10, Lavrov said that “our U.S. colleagues have yet to put their formal proposals down on paper.”

Lavrov, who spoke at a joint press conference with Pompeo, added that if China were included in trilateral negotiations, “we will have to take other nuclear powers into consideration as well, including both acknowledged and unacknowledged nuclear-weapon states.” In the past, Moscow has specifically mentioned involving the United Kingdom and France.

Pompeo did not say whether the administration would extend New START, calling it “an agreement that was entered into many years ago when powers were very different on a relative basis around the globe.”

He reiterated that “the conversations need to be broadened to include the Chinese Communist Party.” Arms control talks with China would not “necessarily mean that we would cap any one country at any particular level,” Pompeo said, but the objective would be to develop “a set of conditions” that would create “global strategic stability.”

Although administration officials have provided few details on goals for arms control with China, Lavrov said on Dec. 23 that “the Americans…did not insist on arms control or reduction, but would rather like to discuss a set of mutually acceptable conditions, transparency, and rules of behavior.”

Chris Ford, assistant secretary of state for international security and nonproliferation, said at an event in Washington on Dec. 2 that there is “plenty of time to engage” with Russia and China on a broader deal and that “we are looking forward to doing that.”

The United States and Russia last held talks on strategic stability in July. Talks scheduled for November were canceled. Ford tweeted on Dec. 23 that the State Department “has formally invited Russia to continue a Strategic Security Dialogue.” Ryabkov responded a few days later that Russia has accepted “this invitation” and said that two sides “are now agreeing on the dates.”

Trump and Putin discussed “future efforts to support effective arms control” in a Dec. 29 phone call, according to a White House readout.

Ford told the Senate Foreign Relations Committee on Dec. 3 that the administration has “convened teams of experts to explore the way forward [on arms control], including the question of possibly extending New START.” He added that “[w]e are hard at work on these issues and hope to have more to say about this soon.”

Contrary to Pompeo, Ford said that “what the president has directed us to do is pursue a trilateral cap on the arsenals” of China, Russia, and the United States.

Ford tweeted on Dec. 20 that the United States has invited China “to begin a strategic security dialogue on nuclear risk reduction and arms control and their future.” China has yet to publicly reply to the offer.

Other administration officials have said it is premature to extend New START. Undersecretary of Defense for Policy John Rood told the Senate Armed Services Committee on Dec. 5 that “if the United States were to agree to extend the treaty now, I think it would make it less likely that we would have the ability to persuade Russia and China to enter negotiations on a broader agreement.”