“Your association has taken a significant role in fostering public awareness of nuclear disarmament and has led to its advancement.”
– Kazi Matsui
Mayor of Hiroshima
June 2, 2022
Iran Abandons Uranium Limits

Iran announced it will cease abiding by all of the limits on uranium enrichment put in place by the 2015 nuclear deal that restricted its nuclear activities, according to a Jan. 5 statement. The Iranian government said the announcement “eliminates the last key operational restriction” put in place by the nuclear deal, known as the Joint Comprehensive Plan of Action (JCPOA). But Iran will continue “full cooperation” with the International Atomic Energy Agency (IAEA), Foreign Minister Javad Zarif tweeted on Jan. 5. This includes additional monitoring provisions established by the JCPOA. 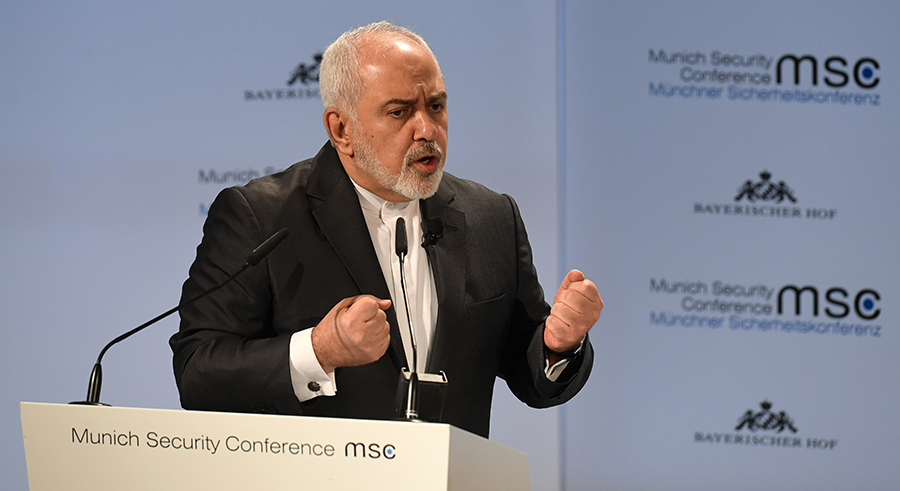 This is the fifth step Iran has taken to violate the deal after announcing in May 2019 that it would reduce compliance with its obligations every 60 days until its demands on sanctions relief are met. Zarif said that all five steps are “reversible upon effective implementation of reciprocal obligations.”

Specifically, Iran has demanded that the remaining parties to the JCPOA (China, France, Germany, Russia, the United Kingdom, and the European Union) find a way for Tehran to engage in banking transactions and oil sales.

Although those nations still support the agreement, they have struggled to provide Iran with sanctions relief envisioned by the deal after the United States reimposed sanctions in violation of the deal and withdrew from it in May 2018. (See ACT, June 2019.)

EU foreign policy chief Josep Fontelles said on Jan. 6 that he deeply regrets Iran’s announcement but will “continue working with all participants on a way forward.”

Iran did not announce what specific steps it will take that violate the uranium-related limits put in place by the JCPOA. Tehran has already breached most of the restrictions on uranium enrichment put in place by the deal, including the limit on enrichment to a level of 3.67 percent uranium-235, the stockpile limit of 300 kilograms of uranium enriched to that level, and the prohibition on enrichment at the Fordow site. (See ACT, June and December 2019.)

Iran’s statement said there will “no longer be any restriction on the number of centrifuges,” indicating that Tehran may install machines that were dismantled and moved into storage under the nuclear deal.

Prior to the deal, Iran had installed nearly 19,000 centrifuges, including about 1,000 advanced IR-2 machines, at its Natanz and Fordow sites.

The deal permitted Iran to enrich uranium at Natanz using 5,060 IR-1 centrifuges, retain 1,044 IR-1 machines at Fordow for medical isotope research and production, and limited numbers of advanced machines for testing. The remaining centrifuges were dismantled and stored under IAEA monitoring at Natanz.

The impact that Iran’s most recent step will have on its nuclear program and the time it would take to produce enough nuclear material for one bomb will depend on how many machines Iran installs and operates and whether Iran decides to enrich uranium to higher levels.

Iran announced in July that it would no longer abide by the 3.67 percent U-235 limit and began enriching uranium to 4.5 percent. Prior to negotiation on the nuclear deal, Iran enriched uranium to 20 percent U-235. Resuming 20 percent enrichment and stockpiling material enriched to that level would decrease more quickly the time it would take for Iran to produce enough nuclear material for a weapon.

The Jan. 5 statement said that Iran’s uranium-enrichment program would be based on its “technical needs,” but it is unclear what Tehran is including in that assessment because Iran’s current needs for uranium to fuel its research reactor and power reactor at Bushehr are being met.

The IAEA said in a Jan. 6 statement that its “inspectors continue to carry out verification and monitoring activities” in Iran and will “keep its member states informed of any developments.”

In response to Iran’s resumption in November of enrichment at Fordow, which was its fourth violation of the deal, the Trump administration announced that waivers allowing cooperative work at that site would be terminated on Dec. 15.

Under the nuclear deal, Iran is prohibited from enriching uranium at Fordow for 15 years and is required to convert the site into a research and medical isotope production site. The JCPOA specified that Russia would assist in the conversion.

Russia announced on Dec. 5 it would suspend its cooperation at that site because the resumption of uranium enrichment caused contamination that prevents further work on medical isotope production.

The Russian Foreign Ministry originally stated that the work at Fordow would continue, but several weeks later, TEVL, which is part of the Russian state-run Rosatom nuclear company, announced that further work would not be possible.

Abbas Mousavi, spokesperson for the Iranian Foreign Ministry, said on Dec. 16 that “Iranian and Russian technical experts are working to solve the problem” and that Russia has not “withdrawn from the cooperation” at Fordow.