“[My time at ACA] prepared me very well for the position that I took following that with the State Department, where I then implemented and helped to implement many of the policies that we tried to promote.”
– Peter Crail
Business Executive for National Security
June 2, 2022
Congress OKs Trump Nuclear Priorities

On January 24 we updated this story to change the fiscal year 2020 budget request for the Missile Defense Agency from $10.4 billion to the correct amount of $9.4 billion.

Congress voted in December to continue to fund the Trump administration’s plans to expand U.S. nuclear weapons capabilities despite the strong opposition of the Democratic-led House. 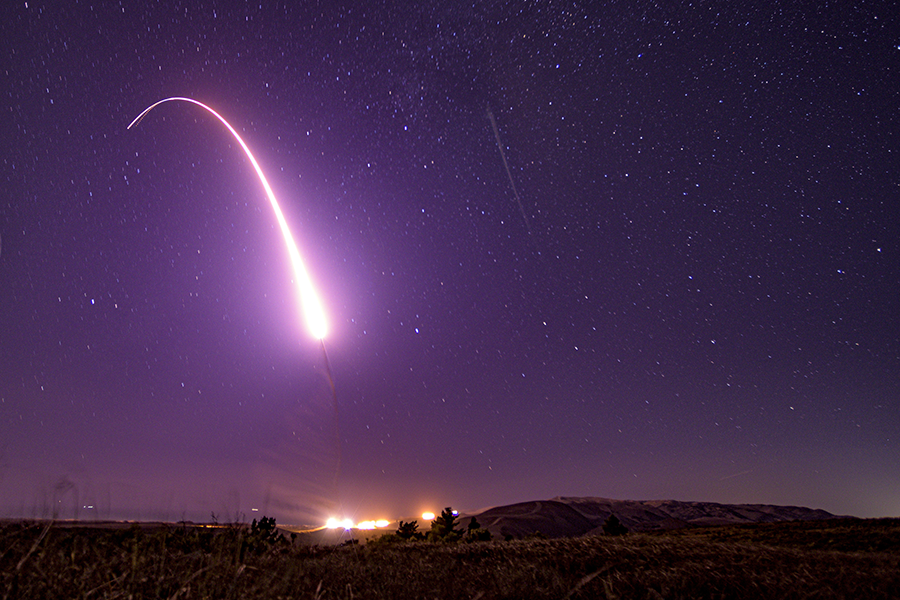 Most notably, lawmakers approved the deployment beginning this fiscal year of a small number of low-yield nuclear warheads for submarine-launched ballistic missiles (SLBMs) as proposed in the administration’s report of its Nuclear Posture Review (NPR), which was released in February 2018. (See ACT, March 2018.)

The final outcome on the warhead deployment was one of several conclusions that reversed actions taken by the House in 2019 to counter the administration’s nuclear weapons policy and spending proposals.

In addition to prohibiting the fielding of the low-yield SLBM warhead, the House versions of the fiscal year 2020 defense authorization, defense appropriations, and energy and water appropriations bills denied funding to begin a study of a low-yield warhead for a new sea-launched cruise missile. The House bills also reduced funding to sustain the megaton-class B83-1 gravity bomb, expand the production of plutonium pits, and build a new fleet of intercontinental ballistic missiles (ICBMs) and associated W87-1 ICBM warheads.

House Armed Services Committee Chairman Adam Smith (D-Wash.) has been sharply critical of the NPR report and maintained that the United States has more nuclear weapons than it needs for its security or can reasonably afford. (See ACT, January/February 2019.)

The White House and Republican-led Senate resisted the House policy and funding provisions, and the final authorization and appropriations bills did not include the House-sought restrictions.

Congress is providing nearly $30 million, the same as the budget request, to move forward with deployment of the low-yield SLBM warhead. President Donald Trump signed the defense and energy and water appropriations bills into law as part of two larger appropriations packages on Dec. 20. He also signed the defense authorization bill into law on Dec. 20.

The outcome of the SLBM warhead issue was one of several that “were not resolved to the satisfaction of me and the Democratic Party,” Smith said in a late December interview with Defense News.

Sen. Jack Reed (D-R.I.), the ranking member of the Senate Armed Services Committee, also expressed regret that the prohibition on the deployment of the warhead was not included in the final bill.

“I maintain that this is one weapon that will not add to our national security but would only increase the risk of miscalculation with dire consequences,” he said in Senate floor speech on Dec. 17.

The House had proposed to reduce the budget request of $571 million for the program to build the new ICBM system, known as the Ground-Based Strategic Deterrent system, by $109 million. This cut would have prevented the program from moving to the main development phase. (See ACT, September, 2019.)

The energy and water law provided $12.5 billion for nuclear weapons activities conducted by the National Nuclear Security Administration (NNSA), an increase of $49 million above the budget request and $1.4 billion more than last year’s appropriation.

In contrast, the House had proposed $11.8 billion for weapons activities, a decrease of about $650 million below the budget request of $12.4 billion.

The authorization and appropriations laws also require several reports intended to provide Congress with additional information about several key nuclear policy issues and modernization programs. The authorization law requires independent studies on the benefits and risks to the United States of adopting a no-first-use policy, the risks of nuclear terrorism and nuclear war, and the plan to replace the W78 ICBM warhead with the W87-1.

In addition, the energy and water law requires the NNSA to report on the risks to executing the W87-1 program, the estimated cost and impact on the NNSA’s workload of the options under consideration to build a sea-launched cruise missile warhead, and the current status and future plans for the B83-1 gravity bomb.

The final authorization law retained several provisions contained in the House version of the bill designed to restrain the role of missile defense and enhance congressional oversight of it.

The law updates U.S. national missile defense policy to state that the U.S. homeland missile defenses are intended to defend against rogue states and that the United States will rely on nuclear deterrence for near-peer adversary ballistic missile threats such as Russia and China.

The new policy comports with the text of the 2019 Missile Defense Review report, released in January 2019, which limits the purpose of U.S. homeland defenses to defending against limited missile attacks from North Korea and Iran, not Russia and China. (See ACT, January/February 2019.)

But the new policy contradicts the role for these defenses outlined by Trump. In remarks at the rollout of the Missile Defense Review report, Trump stated that the goal of U.S. missile defenses is to “ensure we can detect and destroy any missile launched against the United States—anywhere, anytime, anyplace.”

The new policy also revises the role for U.S. homeland defenses set in the fiscal year 2017 defense authorization law, which stated that it shall be “the policy of the United States to maintain and improve an effective, robust layered missile defense system capable of defending the territory of the United States and its allies against the developing and increasingly complex ballistic missile threat.” (See ACT, January/February 2017.)

In addition, the authorization law retains a House provision eliminating a requirement established in the fiscal year 2018 law requiring the development of a test bed for missile defense interceptors in space. The 2020 law does not alter the 2018 law’s requirement to pursue development of a space-based missile defense interceptor layer. (See ACT, September 2018.)

The defense appropriations law zeros out the Pentagon’s $34 million request to begin developing a neutral particle beam, a space-based laser weapon to destroy ICBMs during their boost and midcourse phases of flight, and cuts $10 million from the $30 million request to study the development of interceptors in space. (See ACT, April 2019.)

The authorization law also requires an independent study mandated by the House assessing the benefits and costs of U.S. missile defense development on the security of the United States.

The appropriations law provides $10.5 billion for the Missile Defense Agency, an increase of $1 billion from the budget request of $9.4 billion. The increase includes more than $500 million in unrequested funding to sustain the existing Ground-Based Midcourse Defense system based in Alaska and California and design a new homeland defense interceptor in the wake of the demise of the Redesigned Kill Vehicle program. (See ACT, October 2019.)

The law also funds the administration’s request to test in 2020 the Standard Missile-3-IIA interceptor against an ICBM-class target. The House had proposed to eliminate funding for the test. 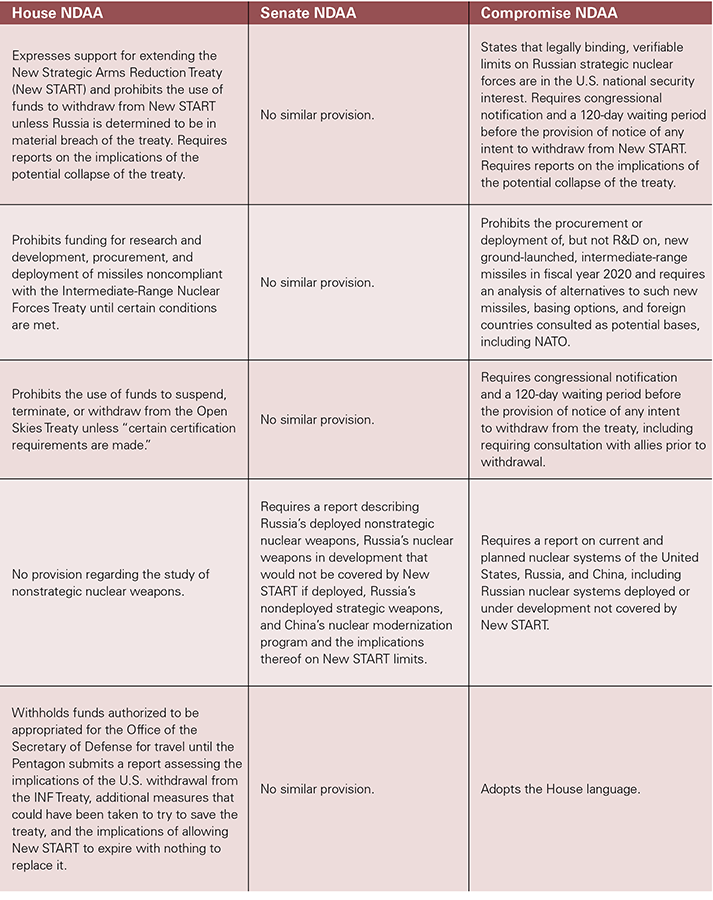