Participants in a U.S. disarmament initiative agreed in November to pursue a two-year program of work. First proposed by the United States in 2018, the Creating an Environment for Nuclear Disarmament (CEND) initiative has established three working subgroups meant to make headway on disarmament issues in advance of this year’s review conference for the nuclear Nonproliferation Treaty (NPT). 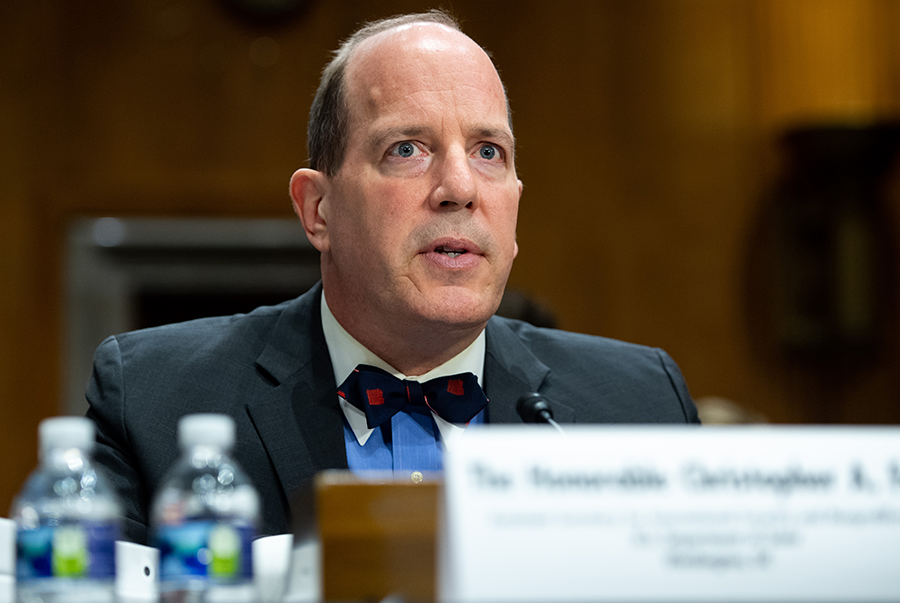 The primary CEND working group held its second session in London on Nov. 20–22. (See ACT, September 2019.) According to the U.S. State Department, 62 participants from 31 countries gathered to continue “their open and realistic dialogue on improving the security environment and advancing further progress on nuclear disarmament.” Participants included nuclear- and non-nuclear-weapon states, as well as some countries not party to the NPT.

Christopher Ford, U.S. assistant secretary of state for international security and nonproliferation, told the working group that the “conceptual foundation” of the initiative was based on “the insight that disarmament can and will move forward only to the degree that the international community is able to address the security issues that underlie states’ rationales for retaining nuclear weapons.” This “fraught” security environment, Ford later said during a Dec. 2 event at the Stimson Center in Washington, is “one in which the challenges of traditional bilateral approaches to arms control mechanisms are no longer adequate.”

The CEND initiative aims to bring together “a wide range of diverse countries” to consider “how to bring security conditions to the point where disarmament will finally be achievable—and how to move forward toward that objective as best we can in a still highly imperfect security environment,” Ford said in London. “The objective of CEND is thus two-fold: to identify the questions that need to be asked to this end and to start doing the work of trying to answer them.”

In pursuit of that objective, the group’s initial plenary meeting in July established three subgroups to each tackle a specific issue: the reduction of the perceived incentives for states to acquire or increase their nuclear stockpiles, the functioning and effectiveness of existing nuclear disarmament mechanisms and institutions, and potential interim measures to reduce risks related to nuclear weapons. During the November meeting, the three subgroups set to work in order to each develop terms of reference and then a program of work. All three established that their respective programs of work will “include deliverables that would be completed within roughly two years,” according to documents obtained by Arms Control Today.

The first subgroup, focused on understanding incentives for nuclear weapons programs and chaired by the Netherlands and Morocco, determined in London that its program of work would include developing recommendations for improved dialogue among states on threat perceptions. It also decided to focus on identifying concrete measures conducive to disarmament, developing approaches for better addressing noncompliance, and recommending avenues for future dialogue on nuclear deterrence and the humanitarian consequences of using nuclear weapons.

Chaired by South Korea and the United States, the second subgroup turned its attention to identifying the best practices of nuclear nonproliferation and disarmament mechanisms and institutions, as well as developing proposals to maintain and improve the functioning of those bodies. In addition, the subgroup aims to identify opportunities in which to build capacity, such as encouraging the next generation of leaders and civil society at large.

The third subgroup, led by Germany and Finland, aims to explore nuclear risk reduction measures and analyze the practicality of those identified measures. Its program of work also includes considering “a menu of concrete and actionable options for risk reduction measures” and conducting a dialogue on the “viability and desirability” of the options.

The third meeting of the CEND initiative is not yet scheduled, but is expected early this year, before the NPT review conference kicks off April 27.