Parties to the 164-nation Mine Ban Treaty recommitted to their plans to eradicate landmines by 2025 during the treaty’s fourth review conference in Oslo on Nov. 25-30. More than 700 delegates gathered to mark the treaty’s 20 years since entry into force. 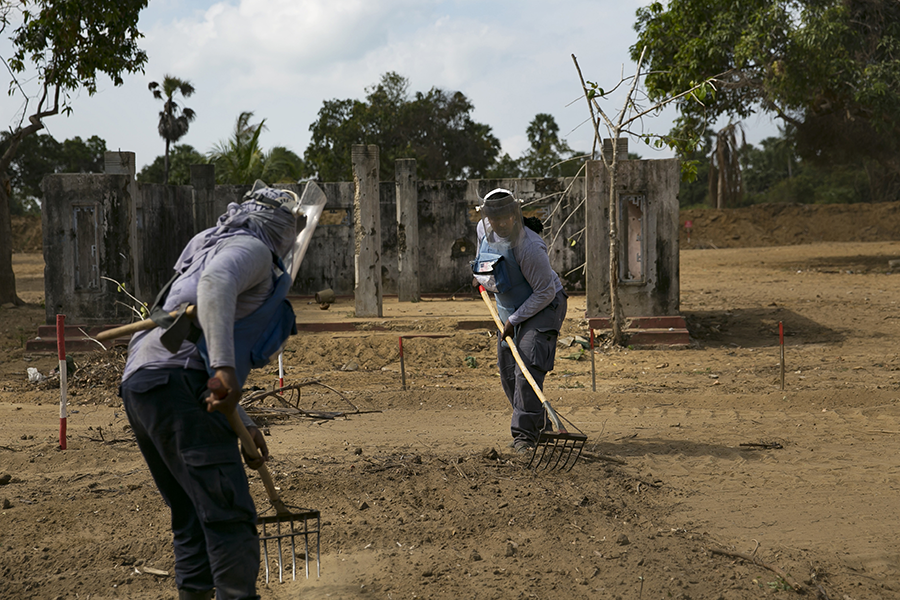 Conference participants adopted the Oslo Action Plan and the Oslo Declaration on a Mine-Free World, documents that reaffirmed their intent to achieve full treaty compliance, including mine destruction and clearance, “to the fullest extent possible” by 2025. Full compliance was a goal originally stated in the Maputo Action Plan, created at the 2014 review conference.

The Oslo Action Plan established a 50-point program of action, which included measures to facilitate treaty universalization, stockpile destruction, mine clearance, risk education, and international cooperation. It also highlighted the need to provide continuing assistance for victims of mines. Margaret Arach Orech, a Ugandan landmine survivor and ambassador for the International Campaign to Ban Landmines (ICBL), told the conference that “mine-free does not mean victim-free” and that “victims will remain a core pillar of the convention” once its goal of eradicating mines around the world is accomplished.

Treaty members have made significant progress over the past two decades. Thirty-two states-parties and one other state with mine contamination have declared themselves mine-free, according to the 2019 report of the monitoring organization Mine Action Review. One state, Nigeria, announced new contamination in 2018 after having declared itself mine-free in 2011.

Treaty parties have destroyed more than 55 million landmines of the estimated 160 million that existed globally in 1999, according to statistics released in November in the annual “Landmine Monitor” report. The report estimates that there may now be fewer than 50 million landmines stockpiled globally, an estimated 45 million of which are held by nonsignatories such as Russia, Pakistan, India, China, and the United States, in descending order of stockpile size.

Conference participants noted recent challenges to the global norm against anti-personnel landmines created by the Mine Ban Treaty. Particularly concerning is an upswing in landmine deaths worldwide, due partly to increased violence in Afghanistan, Mali, Myanmar, Nigeria, Syria, Ukraine, and other conflict regions. Although 2018 was marked by the lowest number of deaths and injuries in three years, 6,897 people were killed or injured by mines and explosive remnants of war, roughly twice the 2013 total.

For the third year in a row, the highest number of landmine casualties, more than 50 percent, were incurred by improvised mines used by nonstate armed groups. Three nonsignatory states—Myanmar, North Korea, and Syria—were also confirmed as having used mines since the previous review conference. None of the treaty’s signatories employed them, but Greece and Ukraine were identified by the 2019 report as continuing to violate their stockpile destruction commitments. The treaty requires states-parties to destroy their landmine stockpiles in four years.

Conference attendees also highlighted the gendered aspects of landmine issues. A group of 32 women and girls from 18 countries arrived with the ICBL delegation to take part in the Nov. 30 closing ceremony. Finland presented a report concerning gender mainstreaming within the membership of the treaty.

Sudan will preside over the next meeting of states-parties, scheduled to convene in Geneva in November 2020.