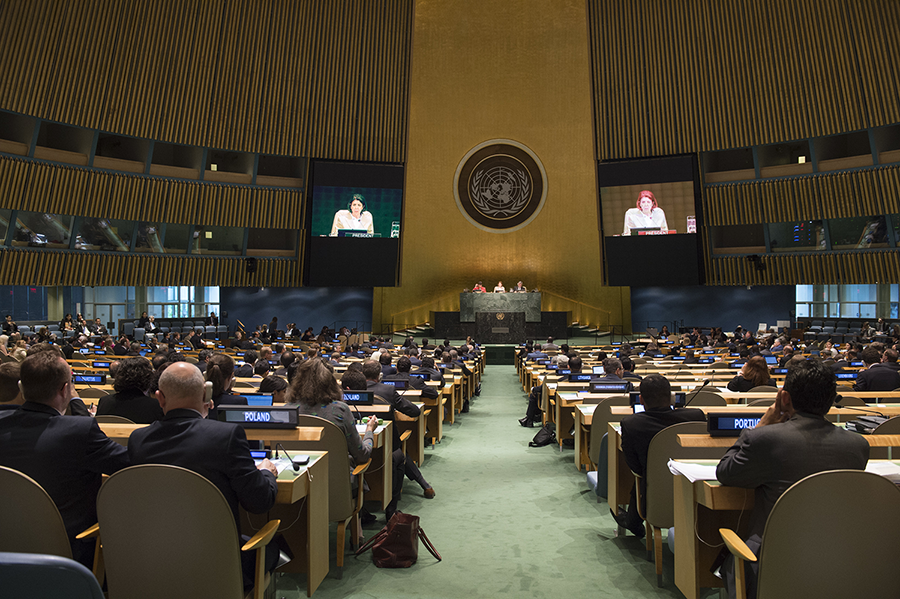 In April, NPT states-parties will gather for a pivotal review conference to attempt to bridge growing differences over the implementation of the treaty and hammer out a plan of action to strengthen the treaty. Expectations are low amid growing global tensions, the impasse over a Middle Eastern zone free of weapons of mass destruction, and the failure of the nuclear-weapon states to meet their NPT Article VI obligations to end the arms race and pursue good-faith measures on disarmament.

Making matters worse, U.S. officials assert that the “acquis,” the body of previous review conference commitments, no longer applies. They also argue incorrectly that the “environment” is not right for further progress on disarmament.

The reality is that the U.S. has no coherent disarmament or nonproliferation strategy. President Donald Trump has failed to respond to Russian overtures to extend by five years the only remaining U.S.-Russian nuclear arms control agreement (the New Strategic Arms Reduction Treaty (New START)), which is due to expire in early 2021. Instead, Washington demands that an unprecedented broader agreement involving Russia and China somehow must be rapidly negotiated.

Allowing New START to expire with nothing to replace it, combined with the collapse last August of the Intermediate-Range Nuclear Forces (INF) Treaty, would open the door to unconstrained great-power nuclear competition.

Russia, meanwhile, violated the INF Treaty and, like the United States, is developing new types of nuclear weapons. China is slowly expanding and upgrading its arsenal, and relations between nuclear-armed India and Pakistan are as tense as they have been in decades. In addition, the U.S. decision to violate the terms of the successful 2015 Iran nuclear deal threatens to reignite a proliferation crisis in the Middle East and foul up the review conference.

In short, the global nonproliferation system is facing a serious midlife crisis that demands much more than bland statements expressing support for the treaty and calls for a “strengthened review process.” Global support for the NPT is strong, but its long-term viability cannot be taken for granted.

Many of the world’s non-nuclear-weapon states point to the 2017 Treaty on the Prohibition of Nuclear Weapons (TPNW) as the way forward. The TPNW reinforces the NPT, helps to stigmatize nuclear weapons, and is a necessary step toward a world without nuclear weapons. But it will not change dangerous nuclear doctrines or eliminate nuclear arsenals by itself.

The situation requires new and bolder leadership from responsible states. They must work together to build majority support for a plan of action that calls for specific, concrete steps that would advance Article VI goals and create much needed momentum for further progress on disarmament. An updated NPT review conference action plan should call for:

To help reduce the risk of nuclear war, the action plan should also demand:

Given their unhealthy fealty to the dangerous illogic of nuclear deterrence, many NPT nuclear-armed states are sure to oppose these or any new disarmament measures. Nevertheless, it is essential that the majority of the world’s NPT states-parties step forward and clearly articulate a vision that is consistent with the NPT and addresses growing nuclear dangers.

As Pope Francis said in Hiroshima in November, “The use of atomic energy for purposes of war is immoral…. Future generations will rise to condemn our failure if we spoke of peace but did not act.”