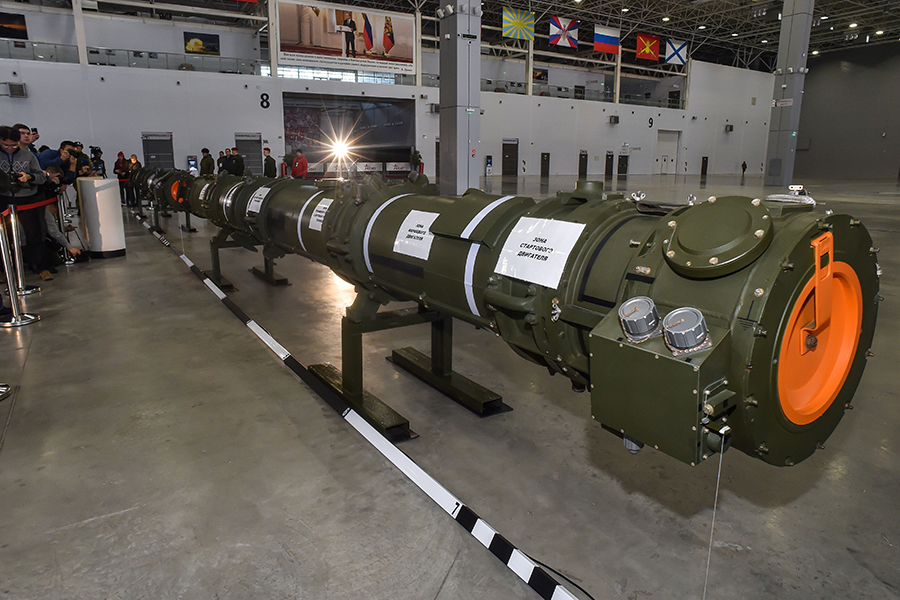 The report, made public on Aug. 22 and titled “Adherence to and Compliance with Arms Control, Nonproliferation, and Disarmament Agreements and Commitments,” primarily covers activities during 2018. The State Department released a shorter version of the report in April, which sparked controversy in Congress about the potential politicization of intelligence with regard to Iran, as well as other countries.

The full report said that Russia continued to violate the INF Treaty in 2018, a charge the Trump administration cited before formally withdrawing the United States from the treaty on Aug. 2. The 1987 pact banned the possession or testing of all nuclear and conventional, ground-launched ballistic and cruise missiles with ranges between 500 and 5,500 kilometers. Since 2014, the United States has accused Russia of violating the treaty by testing, possessing, and fielding an illegal ground-launched cruise missile known as the 9M729. The report asserts that Russia began development of the missile “probably by the mid-2000s” and concluded in 2015 a “comprehensive” flight-test program. By the end of 2018, Russia fielded multiple battalions of the 9M729, the report says.

“The history of Russia’s anti-INF [Treaty] overtures leading up to missile tests, its attempt to covertly exploit a treaty exception permitting ground-based flight tests of intermediate-range missiles not subject to the treaty, its lack of an explanation for these tests, and its overall secrecy” about the 9M729, the report declares, “provide important context for Russia’s violation.”

The compliance report also raises concerns about alleged Russian nuclear weapons testing and compliance with the 1974 Threshold Test Ban Treaty (TTBT), which prohibits nuclear tests with explosive yields exceeding 150 kilotons. The report states that “based on available information, Russian activities during the 1995–2018 timeframe raise questions about Russia’s compliance with its TTBT notification obligation.”

In addition, the report echoes remarks made earlier this year by the director of the U.S. Defense Intelligence Agency (DIA) regarding Russian nuclear testing. In May, DIA Director Lt. Gen. Robert Ashley said that “Russia probably is not adhering to its nuclear testing moratorium in a manner consistent with the ‘zero-yield’ standard outlined” in the 1996 Comprehensive Test Ban Treaty (CTBT). (See ACT, July/August 2019.) The CTBT, although not yet in force, goes a step farther than the TTBT by prohibiting nuclear tests, no matter what the yield.

The report also mentions Ashley’s remarks regarding China. In May the DIA director said that China may be preparing to operate its nuclear test site year-round and is continuing to use explosive containment chambers at that site. According to the compliance report, these activities, as well as a lack of transparency from China, “raise questions” about Beijing’s adherence to the zero-yield nuclear weapons testing moratorium.

On Iran, the compliance report states that “Iran is not currently undertaking the key nuclear weapons development activities judged necessary to produce a nuclear device” and that the United States will continue with its “maximum pressure campaign” on Tehran until Iran agrees to “a comprehensive deal that resolves all U.S. concerns.”

The report says that the information in the cache of documents seized by Israel on Iran’s past nuclear weapons-related activities, known as the nuclear archive, has not revealed evidence of any ongoing weapons work. The report argues, however, that Tehran retained those documents, which are still under review by the U.S. intelligence community, to potentially “aid in any future decision to pursue nuclear weapons” and may have “taken active measures to deliberately deceive” officials of the International Atomic Energy Agency.

As for North Korea, the compliance report states that the United States “believes there is a clear likelihood” of “unidentified nuclear facilities in North Korea” besides those at Yongbyon, the country’s nuclear center. The report does not provide additional information on those secret facilities.

In response to North Korean leader Kim Jong Un’s declaration in 2018 that Pyongyang would end all nuclear testing and demolish the P’unggye Nuclear Test Site, the report states that the results of the demolition at the test site in May 2018 “are almost certainly reversible.”

The compliance report emphasizes that the administration “remains committed to continued diplomatic negotiations with North Korea toward the goal of achieving the final, fully-verified denuclearization of North Korea.”