Saudi Arabia intends to enrich uranium to fuel its planned nuclear power program, the country’s new energy minister said on Sept. 9. The Saudi position could run afoul of a recently disclosed Trump administration policy to seek a Saudi commitment to refrain from such activities in exchange for U.S. nuclear technology. 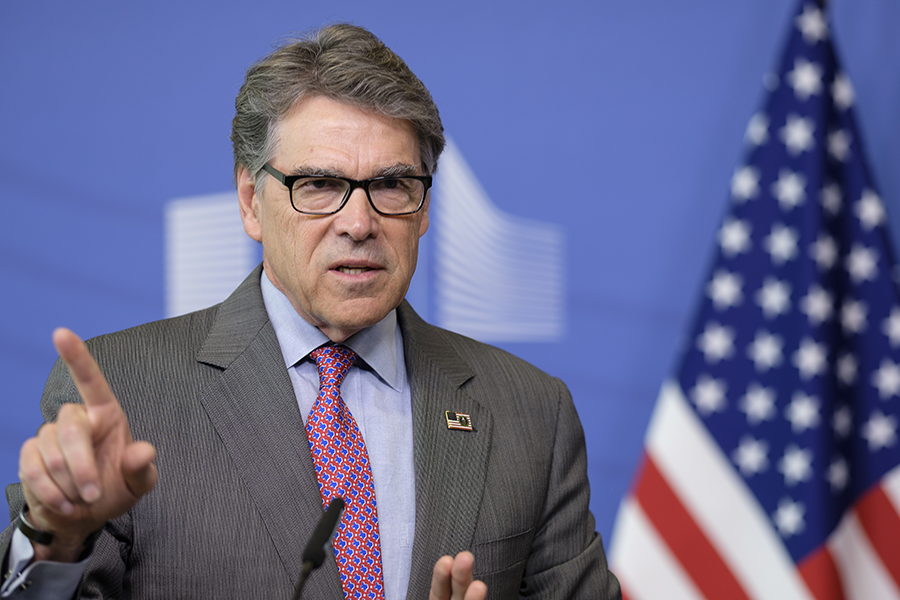 “We are proceeding with it cautiously.… We are experimenting with two nuclear reactors,” said Prince Abdulaziz bin Salman at the 24th World Energy Conference in Abu Dhabi on Sept. 9. Saudi officials have announced plans to build 16 nuclear power reactors over the next 20 to 25 years at a cost of more than $80 billion. (See ACT, April 2018.) Currently, companies from the United States, Russia, South Korea, China, and France are competing for a contract to build the first two nuclear power reactors, with a Saudi decision reportedly expected by the end of this year.

To receive U.S. nuclear materials or technology, Saudi Arabia would need first to sign a 123 agreement with the United States. Named after the section of the 1954 Atomic Energy Act requiring it, a 123 agreement sets the terms and authorizes cooperation for sharing U.S. peaceful nuclear energy technology, equipment, and materials with other countries. A 123 agreement can involve what is known as a “gold standard” commitment in which a country forgoes the enrichment of uranium or the reprocessing of plutonium, which are two pathways to making nuclear weapons. The State Department is leading negotiations for this agreement, and once complete, it will require congressional approval.

Those negotiations apparently include a U.S. demand for the gold standard. In September, Energy Secretary Rick Perry sent a letter to Saudi officials outlining the U.S. requirements that Saudi Arabia must adopt an additional protocol to its safeguards agreement with the International Atomic Energy Agency and commit to the gold standard.

“The terms of the 123 Agreement must also contain a commitment by the kingdom to forgo any enrichment and reprocessing for the term of the agreement,” said Perry’s letter, as reported by Bloomberg.

Energy Deputy Secretary Dan Brouillette recently spoke in favor of a 123 agreement with Saudi Arabia. “If there’s going to be any transfer of technology, you can’t do it without it,” he said. He did not, however, specifically mention whether the gold standard would be a part of such an agreement.

Negotiations on a 123 agreement have slowed over the past year as Riyadh has refused to relinquish the possibility of enriching uranium. (See ACT, December 2018.) Further complicating the talks were March 2018 remarks by Saudi Crown Prince Mohammed bin Salman that “Saudi Arabia does not want to acquire any nuclear bomb, but without a doubt, if Iran developed a nuclear bomb, we will follow suit as soon as possible.”

Also muddying the situation is an ongoing investigation by the House Oversight and Reform Committee into allegations that top Trump administration officials, such as former National Security Advisor Michael Flynn, pushed for U.S. companies to build nuclear power plants in Saudi Arabia without a 123 agreement and in potential violation of ethics laws. (See ACT, March 2019.) The committee first revealed its investigation in February 2019 and released a second interim report on its investigation this past July.

Shortly after its first report in February, members in both houses of Congress introduced legislation requiring congressional oversight over any 123 agreement between the United States and Saudi Arabia.

Those bills also state that no 123 agreement with Riyadh should be approved until Saudi Arabia becomes transparent about the death of Jamal Khashoggi, a commentator for The Washington Post, in October 2018. The U.S. intelligence community determined last November that the crown prince ordered the killing of Khashoggi, but U.S. President Donald Trump has defended Riyadh.

Rep. Brad Sherman (D-Calif.), who introduced the House bill alongside Rep. Ted Yoho (R-Fla.), told Arms Control Today that “Saudi Arabia’s government isn’t known for its transparency, but on the nuclear issue, the kingdom has been crystal clear: it wants to enrich uranium to have the capability to build nuclear weapons. In light of this, a failure to secure a 123 agreement with gold standard safeguards would be reckless and irresponsible. If you can’t trust a regime with a bone saw, you shouldn’t trust it with nuclear weapons.”