States-parties to the Convention on Cluster Munitions for the first time in September addressed requests to extend treaty-mandated deadlines as they prepare for next year’s review conference. 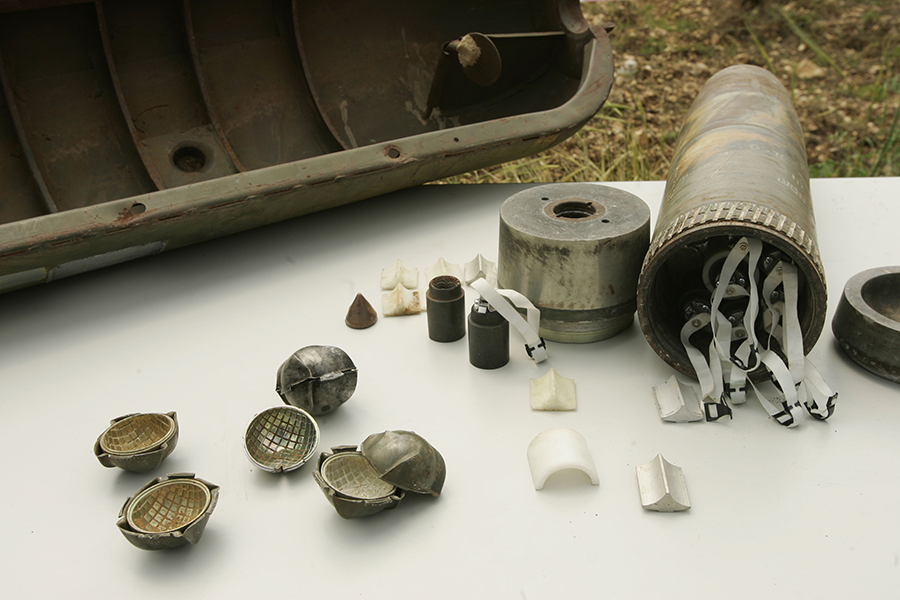 At the ninth meeting of states-parties, held Sept. 2–4 at the United Nations in Geneva and chaired by Aliyar Lebbe Abdul Azeez of Sri Lanka, delegates welcomed Gambia and the Philippines as the newest states-parties. There are 107 states-parties and 14 signatories. Twenty nonsignatories also attended as observers, but not the United States, which has consistently chosen not to participate. (See ACT, October 2018.)

The treaty, which entered into force in 2010, bans the use, production, and stockpiling of cluster munitions, the weapons that deliver smaller submunitions that often fail to explode as intended, at times detonating years later. The majority of NATO members, as well as countries in the Americas and sub-Saharan Africa, have joined the treaty. But China, Russia, the United States, and many states in the Middle East and North Africa have yet to do so. The convention calls for states-parties to destroy any stockpiles they have within eight years and clear contaminated land under their jurisdiction or control within 10 years.

During the meeting, states congratulated Botswana and Switzerland for completing destruction of their stockpiles ahead of their deadline for doing so and granted Bulgaria its first extension to this requirement. Research published by the independent Landmine and Cluster Munition Monitor program before the meeting found that 99 percent of stocks declared by states-parties had already been destroyed, a collective total of nearly 1.5 million cluster munitions and more than 178 million submunitions. The report noted, however, that Guinea-Bissau, which had never filed a report indicating the size of its stockpile, failed to complete destruction by May 2019 and was in violation of the convention.

The report also noted that there were no reports or allegations of use of cluster munitions by any state-party since the treaty was adopted, but continued to find that the weapons were being used in Syria, although not as frequently as in recent years. While noting challenges in access and data disaggregation, the report also found a decline in casualties in the country, identifying 80 people killed or injured during cluster munitions strikes or by explosive remnants in 2018, down from 187 in 2017. The conflict in Syria has resulted in 3,343 of the 4,128 cluster munitions casualties recorded by the group from 2009 to 2018.

As in prior years, states-parties adopted a final report that “condemned any use by any actor” of cluster munitions. A proposal by New Zealand to specifically mention the use of cluster munitions in Syria was withdrawn after a small number of states indicated that they could not accept naming individual countries. That topic may be revisited next year at the treaty’s second review conference, to be held in November in Switzerland. At the first review conference held in Dubrovnik, Croatia, in 2015, a declaration was adopted in which seven countries were specifically named.

None of the roughly two dozen countries still contaminated with cluster munitions completed clearance in 2018, but a separate report published by the Mine Action Review found that at least 128 square kilometers of cluster munitions-contaminated land was cleared in 2018, the highest annual total recorded. At the meeting, Laos, one of the world's most contaminated countries, was granted a five-year extension to its 10-year clearance obligation, with the recognition that it still faces significant challenges. Germany was also granted a five-year extension to clear a former military training area.