States-parties to the Arms Trade Treaty (ATT) raised the profile of gender equity and gender-based violence issues as they met in Geneva to discuss the treaty’s implementation during their annual conference in August. 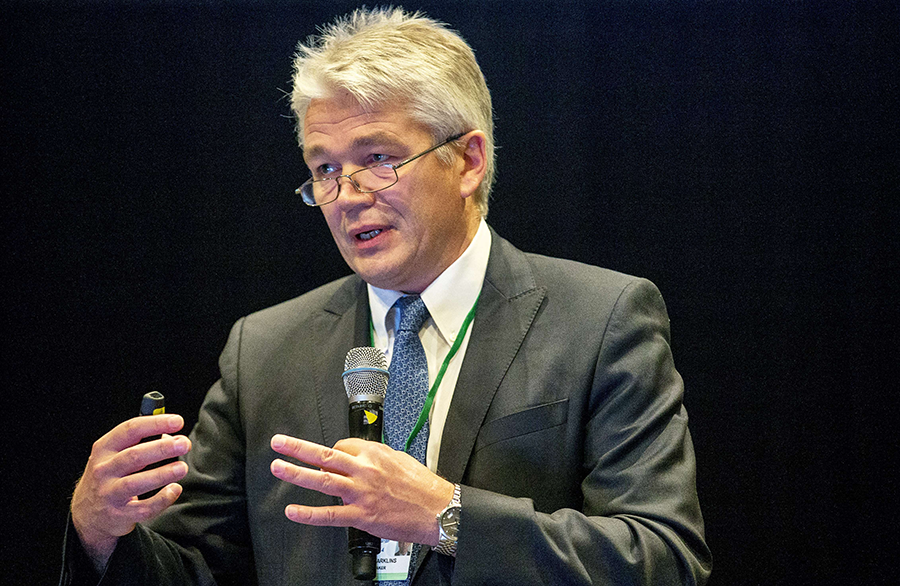 The final conference document addressed numerous facets of gender in the context of the treaty. States-parties agreed to “strive for gender balance” in their delegations, be open to guidance from third parties toward achieving gender equity, and take gender into account when determining the disbursement of funds for implementation projects from the Voluntary Trust Fund. They endorsed further investigation of the meaning of Article 7(4), which requires states before granting licenses to take into account the risk that exported arms might be used to commit gender-based violence. The language of the document also encouraged states to collect and share relevant data and to create a “learning guide.” None of these measures was mandatory or binding, raising concerns that intransigence on the part of some states might prevent meaningful progress.

The theme of gender-based violence was selected by the conference president, Janis Karklins of Latvia. It had been discussed in two preparatory conferences in February and April before the conference of states-parties was held.

Participants welcomed the accession or ratification of four more states-parties (Palau, Lebanon, Botswana, and Canada) since the fourth conference, in 2018, marking 104 total states-parties and 32 signatories to the treaty.

As in previous conferences, there was little formal discussion between states-parties of possible violations of Articles 6 and 7 of the treaty, which require export license denials in certain circumstances and risk assessments on the possibility that arms recipients will utilize them to commit or facilitate serious violations of international humanitarian or human rights law, acts of terrorism, or transnational organized crime.

States-parties also discussed financial concerns. Only 71 states had provided their assessed contributions as of March 2019, continuing a downward trend. According to the ATT’s current financial rules, any state that has not paid its annual dues for two years loses certain rights, such as equal standing when applying for support for implementation projects funded by the ATT Voluntary Trust Fund.

Some states and civil society representatives urged participants to stay focused on more substantive treaty issues. Pressuring small, developing countries to pay their dues is like “obsessing over the quality of the fiddle-playing while ignoring the burning of Rome,” said Cesar Jaramillo of Project Ploughshares.

In the end, the ATT Management Committee delayed the imposition of penalties for nonpayment to next year’s conference while establishing a reserve fund from voluntary contributions.

The United States, which for the first time did not attend the conference, was not assessed for future meetings after President Donald Trump promised to withdraw from the treaty in April. The United States submitted a statement to the United Nations in July declaring that it had “no legal obligations” under the treaty.

The U.S. absence drew criticism from the former U.S. lead negotiator for the treaty, Thomas Countryman, now the Arms Control Association’s board chairman.

“Trump’s decision to ‘un-sign’ the treaty was not a harmless decision, and its negative effects were immediately visible at the conference of states-parties. The U.S. government chose to be absent from a discussion that potentially affects the dominant U.S. role in the international weapons trade,” he said on Sept. 16.

The sixth conference of states-parties is scheduled for Geneva during Aug. 17–21, 2020.