– George Stephanopolous
Host of ABC's This Week
January 1, 2005
One Planet Is All You Get

Over the long course of the nuclear age, millions of people around the world, often led by a young generation of clear-eyed activists, have stood up to demand meaningful, immediate international action to halt, reduce, and end the threat posed by nuclear weapons to humankind and the planet. 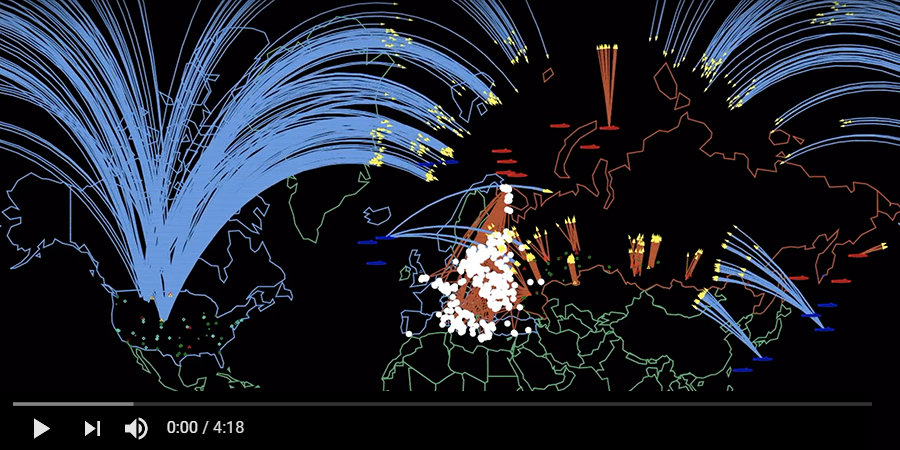 Today, a new generation is mobilizing to demand dramatic action to address another existential threat: the human-induced climate emergency. The scientific consensus is that climate change causes and impacts are increasing, and little more than a decade is left to take the bold steps necessary to cut global carbon emissions in half and reverse the slide toward catastrophe.

The disarmament movement has achieved success in reducing nuclear dangers before, but there is no room for complacency. The nuclear threat has not gone away. Nuclear competition is growing. The risk of nuclear war is increasing.

Just as dramatic action is needed to avoid climate change catastrophe, immediate and decisive action is required to counter the growing threat of nuclear war before it is too late.

A qualitative global nuclear arms race is now underway. The world’s nine nuclear-armed actors are collectively squandering hundreds of billions of dollars to maintain and improve their arsenals. Tensions between nuclear-armed states are on the rise. Key treaties are under threat.

With the loss of the 1987 Intermediate-Range Nuclear Forces Treaty in August, the only remaining treaty verifiably limiting the world’s two largest arsenals is the 2010 New Strategic Arms Reduction Treaty (New START), which is due to expire in less than 17 months.

Washington and Moscow are pursuing the development of destabilizing types of weapons, including new lower-yield, “more usable” nuclear weapons. Each side still clings to Cold War-era nuclear launch-under-attack postures that increase the risk of miscalculation.

The use of nuclear weapons—even on a so-called “limited” scale—creates the potential for global catastrophe. A new simulation developed by scientists at Princeton University estimates that if, in a U.S.-Russian confrontation in the Baltics, one side resorts to the “tactical” use of nuclear weapons and the other responds, their current war plans could lead to an escalatory exchange involving 1,700 nuclear detonations against military and civilian targets. Within five hours, nearly 100 million people would be killed or injured.

Many more people would suffer and die in the weeks and months afterward. A new study of the longer-term climatic effects of a large-scale U.S.-Russian nuclear exchange estimates that the resulting fallout and fires would inject 150 million metric tons of soot and smoke into the earth’s upper atmosphere within two weeks, resulting in a drop in global temperatures of 9 degrees Celsius and a 30 percent drop in precipitation within 12 months. The resulting nuclear winter would wreak havoc on food production and lead to global famine.

Effective policies to address the nuclear threat must begin with the understanding that the only way to eliminate the threat of nuclear war is to eliminate nuclear weapons. The 2017 Treaty on the Prohibition of Nuclear Weapons is a crucial step in this direction, but it is not an all-in-one solution to reduce today’s nuclear dangers. Leading nuclear and non-nuclear states also need to take overdue, common-sense steps necessary to halt and reverse the arms race, reduce the salience of nuclear weapons, eliminate the most destabilizing types of weapons, and create the conditions for nuclear disarmament.

To start, all nuclear-armed states should reaffirm the 1985 pledge made by Soviet leader Mikhail Gorbachev and U.S. President Ronald Reagan that “a nuclear war cannot be won and must never be fought.” The Kremlin has recently proposed that U.S. and Russian leaders reissue a joint statement along these lines, but Washington has demurred.

Nuclear-armed states should agree to adopt policies that reduce nuclear risks, such as no first use of nuclear weapons. Given the risks of escalation, there is no plausible circumstance that could justify legally, morally, or militarily the use of nuclear weapons to deal with a non-nuclear threat.

Washington and Moscow also should extend New START by five years as allowed by the treaty and immediately begin talks on a follow-on deal to set lower limits on all types of nuclear weaponry, including nonstrategic nuclear weapons; a new agreement dealing with ground-launched, intermediate-range systems; and new restrictions on destabilizing missile defense deployments and long-range hypersonic weapons.

Further U.S.-Russian progress on disarmament would pressure the other nuclear actors, including China, to agree to freeze the overall size of their smaller but still deadly nuclear arsenals and agree to joint nuclear risk-reduction measures, such as ratification of the 1996 Comprehensive Test Ban Treaty, and join talks on nuclear disarmament.

The catastrophic consequences of failure on climate change and nuclear weapons are well documented, the steps necessary to mitigate the risks are well known, and the public demand for action is powerful. But the political will to take action is weak. To give future generations the chance to eliminate the nuclear danger, our generation must act decisively to reduce the threat of nuclear war and put us back on the path to global zero.