Today, millions of people live in the shadow of war and other forms of armed violence. Years and sometimes decades of conflict have devastating, far-reaching humanitarian consequences, not just the direct effects of attacks on individuals and communities but the indirect consequences that disrupt and destroy basic services. Beyond the immediate death and destruction, we see forced displacement, often on a massive scale; deteriorating services; increasing dangers for those working to provide lifesaving assistance; and persistent violations of international humanitarian law. And behind all of this lies a ready supply of arms and ammunition—the fuel for the fire. 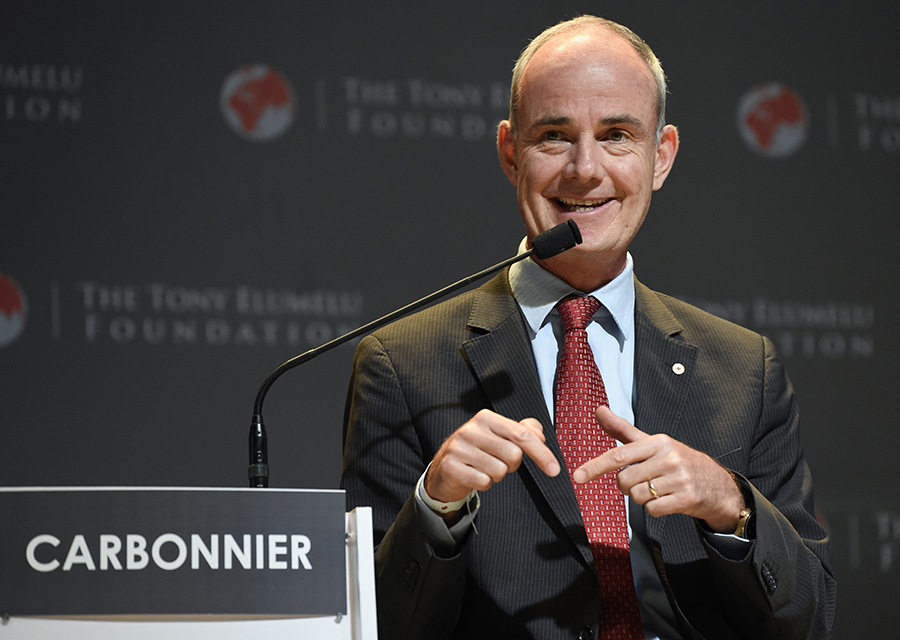 When I started my career with the International Committee of the Red Cross [ICRC] in the early 1990s, I worked in El Salvador, at a hopeful time when we expected peace to bring violence to an end. But years after the armed conflict ended, the continued widespread availability of weapons has fueled levels of armed violence that are today among the highest in the world.

In Libya, to take another example, large parts of the arms stockpile remain outside any control. The armed conflict is exacting a heavy toll on the Libyan people, who suffer death, injury, disability, and displacement.

Respect for the Arms Trade Treaty is critical to ending these cycles of armed conflict and other situations of violence and preventing the ensuing human suffering.

The Arms Trade Treaty places strict controls on the flow of weapons to belligerents and other armed actors. These rules are founded on the duty to uphold international humanitarian law, enshrined in Article 1 common to the Geneva Conventions, which marked their 70th anniversary this month. Like the Geneva Conventions, the Arms Trade Treaty aims to protect people, save lives, and reduce suffering based on the universal principle of humanity.

Indeed, preventing the diversion and misuse of weapons goes hand in hand with maintaining peace, security, and stability. The two endeavors are interconnected. Violations of international humanitarian law and human rights law can undermine regional and international peace and security.

While I’m convinced of the enormous benefit of the Arms Trade Treaty, we can never take its relevance for granted. To remain useful and effective, the treaty’s provisions must be applied diligently at the national level; and its application recorded, reported, and monitored on the ground, where they matter most.

Five years after the treaty entered into force, states must now engage in detailed conversations on the practical application of the treaty. This year, the ICRC contributed to discussions on the risk that transferred arms will be used to commit or facilitate serious acts of gender-based violence.

In-depth exchanges like these must continue, no matter how difficult. Acknowledging achievements in applying the treaty, as well as the challenges, is essential to enhancing its implementation and realizing the goal
of universal acceptance.

The ICRC is conscious that arms transfers take place in a competitive environment. We also observe that arms transfers are just one way that partners support each other in the web of relationships that characterize contemporary armed conflicts. But respect for international humanitarian law must be factored into arms transfer decision-making at every level, regardless of how complex the situation is. Humanitarian imperatives must never be trumped by economic, security, and diplomatic interests. It is vital that the humanitarian perspective, particularly respect for international humanitarian law, is systematically placed at the center of decision-making as required by the Arms Trade Treaty.

We build and defend the norms that uphold our humanity. This conference provides an opportunity to share experiences and identify lessons learned. An opportunity to find practical and meaningful measures to turn the words of the treaty into deeds and to make a real difference for millions of vulnerable people. The ICRC stands ready to support you in this endeavor.

Adapted from remarks by Gilles Carbonnier, vice president of the International Committee of the Red Cross, speaking to the Fifth Conference of States Parties to the Arms Trade Treaty in Geneva on Aug. 26.