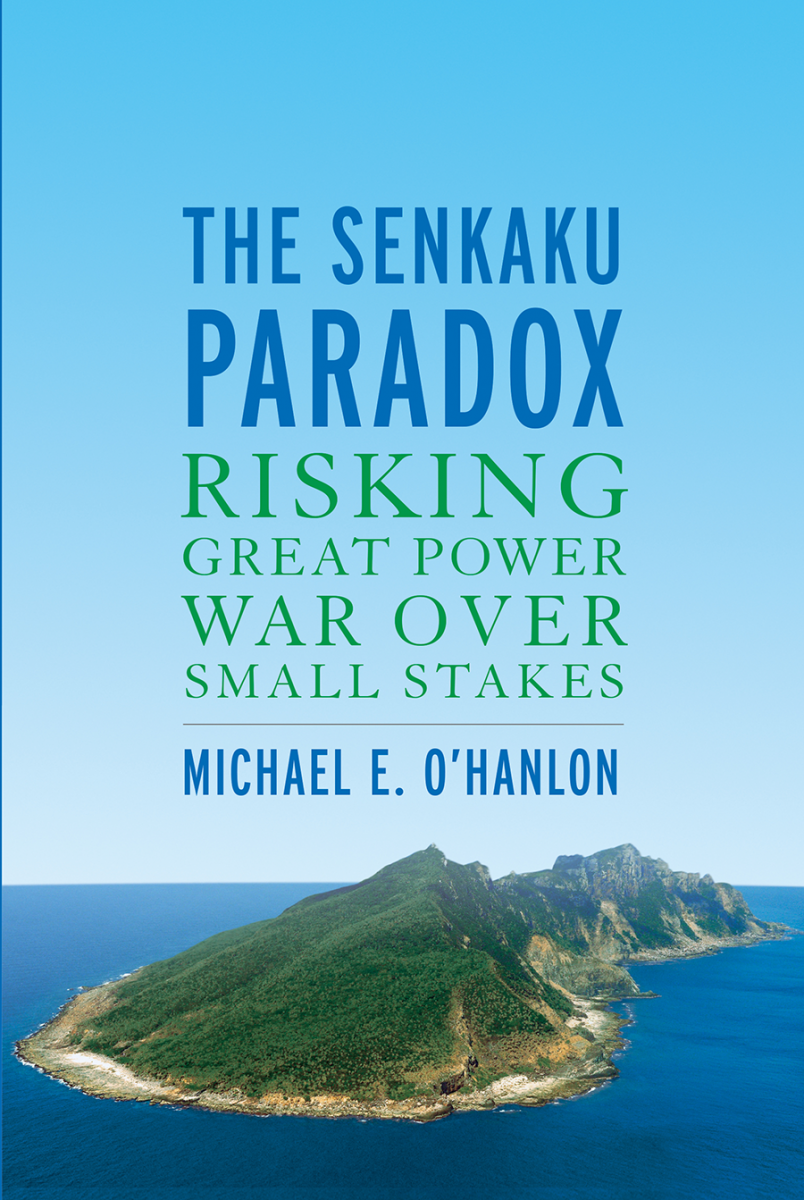 How will a great-power nuclear war erupt? How can its outbreak be prevented? These questions have bedeviled nuclear strategists and peace advocates since the dawn of the Atomic Age and are gaining fresh urgency as tensions among China, Russia, and the United States intensify.

Theorists generally assume that such a horrific cataclysm would occur when the major powers have amassed large nuclear arsenals, have primed these weapons for early use, and have reached a fever pitch of hostility. Under these conditions, it is feared, any outbreak of armed hostilities could lead swiftly to a clash of major conventional forces and, were one side or another to face overwhelming defeat, the early use of nuclear weapons.

Historically, it was believed that such incidents would arise along NATO-Soviet borders or in the North Atlantic, where the warships of the major powers often crossed paths. To avert a nuclear catastrophe, global leaders labored over the years to reduce tensions among the major powers through U.S.-Soviet summits, UN sessions, intense diplomacy, and so forth and to reduce the size and alert status of their nuclear arsenals. Unfortunately, less effort has been directed at identifying potential flashpoints and reducing the risk of uncontrolled escalatory spirals.

This lack of attention is especially critical in the current era of great power competition, says Michael O’Hanlon of the Brookings Institution in his new book The Senkaku Paradox: Risking Great Power War Over Small Stakes. He claims that although the probability of a deliberate, full-scale military assault by one of the major powers against another is extremely low, significant risks remain for minor aggressions to escalate quickly. There is considerable potential for a limited Russian intrusion into one of the Baltic republics or a Chinese seizure of a Japanese-claimed island in the East China Sea to spin out of control, possibly triggering the use of nuclear weapons.

Under existing U.S. military doctrine, he explains, any assault on a NATO country or a U.S. treaty ally, however trivial, should automatically prompt a full-scale military drive to reverse the intrusion and punish the aggressor. Such an endeavor would require a full-scale mobilization of U.S. and allied forces and still might not succeed, or if it did, it might so alarm enemy officials that they might resort to launching nuclear weapons. Fearing such an outcome, U.S. leaders might allow the original intrusion to stand, thereby jeopardizing U.S. alliances and inviting further aggression, with every likelihood that all-out war would eventually follow.

This, he explains, is what constitutes the “Senkaku paradox”: In the event of a limited enemy aggression, say in the uninhabited Senkaku Islands of the East China Sea, “a large-scale U.S. and allied response could seem massively disproportionate.” On the other hand, “a nonresponse would be unacceptable, and inconsistent with American treaty obligations.” What is needed are credible responses that fall between the extremes of acquiescence to aggression and military escalation.

O’Hanlon proposes an “asymmetric defense” consisting of economic penalties and limited military actions. These could include sanctions aimed at critical nodes of the aggressor’s economy, such as energy, banking, and transport, along with air and missile strikes against key logistical targets, such as pipelines, port facilities, and oil tankers. At the same time, the United States and its allies would reinforce defense positions near the initial conflict. The aim of all this would not be to reverse the original intrusion but rather to demonstrate that any further aggression would be met with intensified economic hardship and a brutal confrontation with U.S. and allied armies.

In assessing U.S. strategic options, O’Hanlon focuses on three potential flashpoints: the Baltic region, the East China Sea, and Taiwan. Of all conceivable war-igniting scenarios involving the great powers, he suggests, the most likely are a Russian attempt to seize a sliver of eastern Estonia or Latvia, where Russian speakers are in the majority; a Chinese occupation of one of the Senkaku Islands, claimed both by China, which calls them the Diaoyu’s, and Japan; and a Chinese naval blockade of Taiwan to thwart any Taiwanese move toward independence. 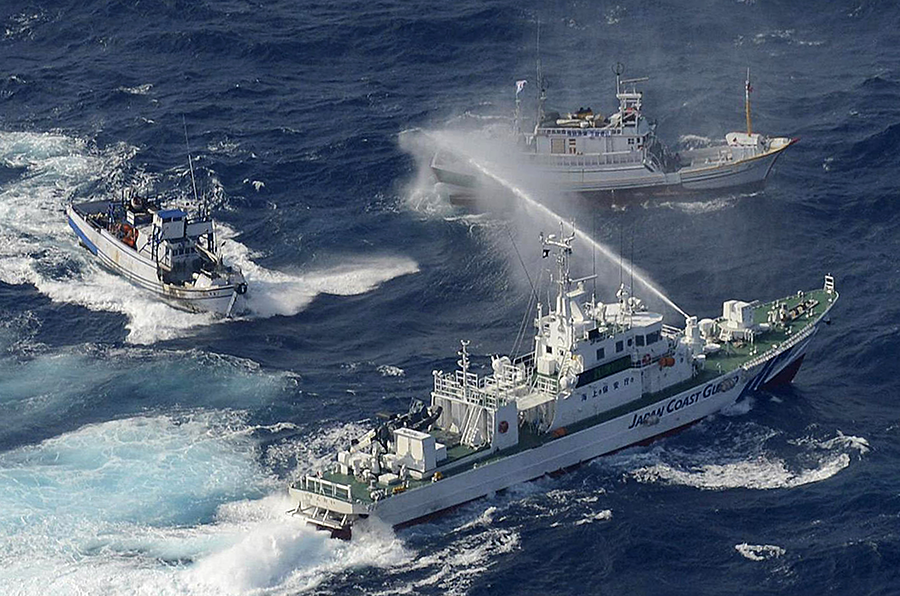 In any of these scenarios, O’Hanlon claims, U.S. military policy would presuppose a rapid and harsh response. Yet, any U.S. drive to dislodge Russian or Chinese forces from those locations would require a major commitment of force and, given recent improvements in those countries’ combat capabilities (especially through the acquisition of high-tech weaponry), might not prove easy to accomplish. A U.S. victory would be the most likely outcome, but could prompt Russia or China to employ nuclear weapons. Far better, he argues, to counter such assaults with asymmetric moves, such as attacks on vital energy infrastructure located outside the Russian or Chinese heartland, along with the reinforcement of positions in areas near the original intrusion.

O’Hanlon deserves credit for seeking credible alternatives to all-out war as a response to low-stakes challenges of these sorts. His emphasis on economic tools of coercion, as opposed to full-scale military mobilization, merits close attention by U.S. strategists. He also performs an important service by shining a spotlight on those potential flashpoints. Clearly, unless greater effort is made to understand and defuse the sources of friction in all three, other efforts to avert catastrophe could come to naught.

That said, many of his recommendations deserve careful scrutiny. Would Russian or Chinese leaders consider attacks on their energy facilities and logistical chokepoints as acceptable retribution? Perhaps such moves would incite them to undertake even harsher countermeasures of their own. To punish China for any future misbehavior in the East China Sea or in waters off Taiwan, for example, he proposes blocking Chinese oil imports from the Persian Gulf, a venture that he estimates will require four to six U.S. aircraft carriers and supporting vessels and would likely initiate a major naval conflict in the Indo-Pacific region. Although certainly superior to the immediate onset of full-scale war, asymmetrical moves of this sort do not necessarily promise a pacific outcome. Surely, O’Hanlon could have devoted more attention to preventative and diplomatic endeavors, such as confidence-building measures and power-sharing arrangements, such as for the Senkaku/Diaoyu Islands.

Indeed, the deeper lesson to be drawn from The Senkaku Paradox is the difficulty in envisioning any outcomes from future U.S.-Russian or U.S.-Chinese military encounters that do not risk a nuclear escalation. Modern conventional weapons are capable of inflicting immense damage on vital military infrastructure, including, conceivably, nuclear command-and-control facilities, so it is easy to envision Russia or China responding with battlefield nuclear weapons.

Asymmetric responses are a welcome contribution to the discussion of alternative options, but a far more thorough reassessment of U.S. strategy is required, aimed at reducing U.S. risk of military entanglement in far-off hotspots and putting more space between conventional combat and the onset of nuclear war.