An accidental explosion on Russia’s White Sea coast has triggered questions about the Kremlin’s strategic weapons development efforts and concerns that Russia may have shut down sensors to deny information to international observers. 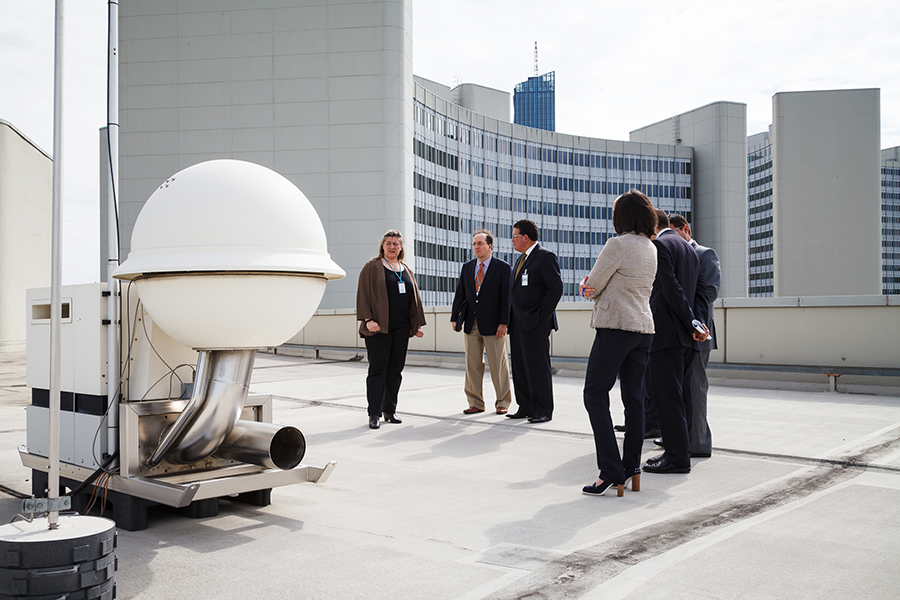 The Aug. 8 incident began with a blast at a military test site near Severodvinsk, where Russia tests missile systems. Conflicting media reports and a lack of official Russian information have led to extensive speculation about the weapon that exploded.

The accident involved “isotopic power sources,” according to a Aug. 10 statement from Russia’s State Atomic Energy Corporation (Rosatom) that also reported the deaths of five employees, but no other official descriptions have been offered. Some media outlets reported that radiation levels had increased following the explosion, and one local doctor was later found to have been contaminated by cesium-137, a by-product of nuclear fission, the Moscow Times reported on Aug. 16.

Extensive open-source research has led analysts at the Middlebury Institute of International Studies to assess that Russia was testing a nuclear-powered cruise missile, a technology long discarded by the United States as too expensive and impractical. The Middlebury finding was based on postaccident satellite imagery and ship-tracking information that revealed the presence of a Rosatom-owned vessel that specializes in transporting nuclear cargo.

Kremlin spokesman Dmitry Peskov appeared to confirm the Middlebury assessment on Aug. 21, saying that a “nuclear-propelled missile” was being tested at the time of the accident, according to The Washington Post.

Earlier, other analysts suggested the destroyed weapon could have been a conventional rocket coupled with a radioisotope thermal generator, a technology that has been used successfully for decades to produce small amounts of electricity for spacecraft or remotely located scientific equipment.

Russian President Vladimir Putin boasted in March 2018 that Russia was developing a nuclear-powered cruise missile that would have virtually unlimited range and would be “invincible against all existing and prospective missile defense and counter-air defense systems.” Russia has dubbed the missile Burevestnik, or the 9M730. NATO has named the system Skyfall, or the SSC-X-9.

Reacting to the incident, U.S. President Donald Trump tweeted on Aug. 12, “The United States is learning much from the failed missile explosion in Russia. We have similar, though more advanced, technology. The Russian ‘Skyfall’ explosion has people worried about the air around the facility, and far beyond. Not good!” There is no evidence that the United States is developing any nuclear-powered aircraft.

Further confusing the situation, the Comprehensive Test Ban Treaty Organization (CTBTO) reported that some Russian radionuclide sensor stations began to halt transmissions two days after the accident. The CTBTO’s global network of sensors to detect nuclear explosions includes 80 radionuclide stations that sniff for by-products of nuclear fission and fusion. Russia has contributed seven such stations to the network, but by Aug. 13, only two were sending information to the CTBTO, although two more resumed their data flow by Aug. 20, according to information shared with Arms Control Today. Russian officials told the CTBTO that the stations were experiencing “communication and network issues,” The Wall Street Journal reported on Aug. 18.

The outage raised concerns that Russia could be trying to conceal evidence of a radioactive release from the accident, as the information from the CTBTO network is available to all 184 signatories of the treaty, including the United States. Identifying the isotopes that may have been released in the accident could help to understand the nature of the weapon under development.

Russia has accused the CTBTO of meddling by sharing information with the public. “The data transmissions from stations of the national segment of the international monitoring network is strictly voluntary for any country,” Deputy Foreign Minister Sergei Ryabkov told Interfax on Aug. 20. “The mandate of the CTBTO…does not cover development of any types of weapons.”

Russian transparency has also come into question in the context of the 1986 Convention on Early Notification of a Nuclear Accident. Quickly developed following the Chernobyl nuclear accident, the convention commits its parties, including Russia, to notify the International Atomic Energy Agency (IAEA) about transboundary threats from “any accident involving facilities or activities…from which a release of radioactive material occurs or is likely to occur.” The agreement identifies several types of relevant facilities and activities, including “the manufacture, use, storage, disposal and transport of radioisotopes for agricultural, industrial, medical and related scientific and research purposes; and…the use of radioisotopes for power generation in space objects.”

After being contacted by the IAEA, Russia told the agency that the convention did not apply to the accident. “This facility does not belong to the facilities for the peaceful use of nuclear energy,” said a statement to the agency from the Russian Ministry of Emergency Situations, adding that “after the incident the radiation level in the region is equal to the natural radiation background, as confirmed by the data from the automated radiation situation monitoring system.”