“Your association has taken a significant role in fostering public awareness of nuclear disarmament and has led to its advancement.”
– Kazi Matsui
Mayor of Hiroshima
June 2, 2022
U.S. Firearms Export Changes Meet Challenges

The Trump administration proposed changes in February to how the United States approves exports of certain firearms, a move that triggered quick responses from some congressional leaders who argued that the approach would be dangerous and reduce oversight. They warned that semiautomatic and military-style weapons, as well as 3D-printed "ghost" guns, would more easily end up in the hands of criminals, terrorists, and human rights abusers if the rules were to take effect. 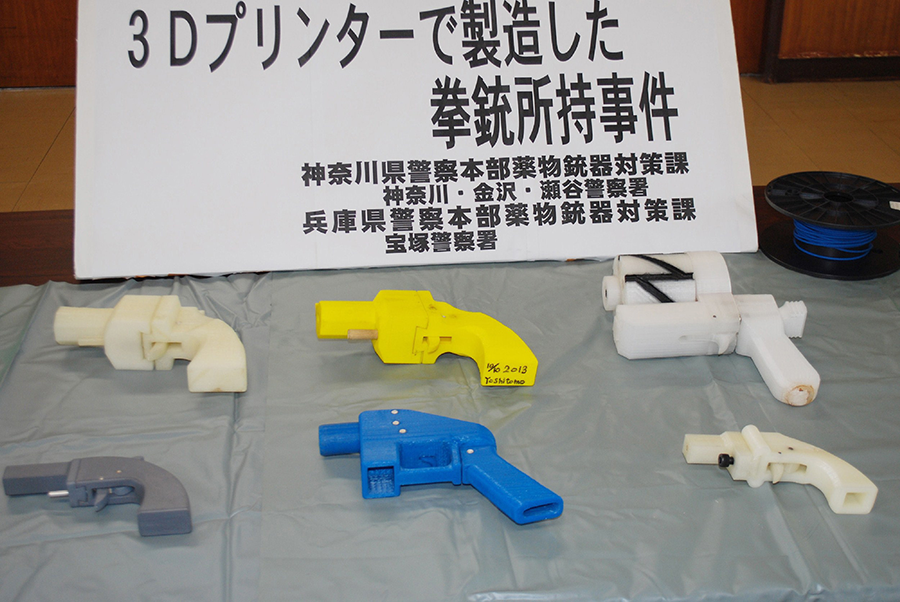 Under the proposed rules, semiautomatic and nonautomatic firearms and their ammunition are deemed to "no longer warrant control under the United States Munitions List (USML)," a State Department-administered list of weapons. Instead, they would be transferred to a list administered by the Commerce Department, the Commerce Control List, an indication of the administration's view that these are "essentially commercial items widely available in retail outlets and less sensitive military items."

Sen. Bob Menendez (D-N.J.) sponsored legislation Feb. 12 that rejected the rationale for the change and would prohibit the transfer to Commerce Department oversight. The proposed new rules would “defy common sense,” Menendez said in a statement. He added, “Small arms and associated ammunition are uniquely lethal. They are easily spread and easily modified and are the primary means of injury, death, and destruction in civil and military conflicts throughout the world.”

The Senate measure also focused on the danger of 3D gun printing, with Menendez saying, “Every terrorist and criminal that wants to hijack an airplane with Americans onboard will more easily be able to smuggle 3D-printed, virtually undetectable guns aboard.” Because online plans for 3D-printed guns currently controlled by the USML are deemed an export, a move to the Commerce Department would likely deregulate their control. The Commerce Department is not expected to impose licensing restrictions on what 3D print advocates are trying to make open-source information. An administration decision last year to allow the organization Defense Distributed to publish 3D plans online met an outcry and has been delayed in ongoing court cases.

On Feb. 26, Menendez sent a letter to U.S. Secretary of State Mike Pompeo placing a hold on the proposed rules change, but whether the administration will honor the hold remains to be seen. It could choose to publish the final rules this month, when the 30-day clock for congressional review that began Feb. 4 expires. Such changes typically then have a six-month implementation phase-in period.

House Foreign Affairs Committee Chairman Eliot Engel (D-N.Y.) co-sponsored a measure with Rep. Norma Torres (D-Calif.) on Feb. 9 that would also block the change. In his statement about the rules, Engel warned that Congress would lose its oversight role, which is needed "so we can step in and make sure these weapons aren’t sent to bad actors, including terrorists, drug cartels, human rights abusers or violent criminals."

In 2002, Congress amended notification requirements so it would be informed of potential commercial sales of firearms under USML Category I when they were valued at just $1 million, but no such notifications exist for items on the Commerce Control List.

Data compiled by the Security Assistance Monitor indicates that the Trump administration requested Congress to approve at least $746 million in firearms sales to a total of 14 countries in 2018, more than two-thirds of which was for Saudi Arabia. The value of transfers that would be subject to the new rule is not clear as that data cannot be disaggregated from the automatic and other firearms that would remain on the USML.

The rules were considered during the Obama administration as part of a broader export control effort that transferred portions of the larger USML to Commerce Department control. Changes to firearms and ammunition in the first three USML categories were never formerly introduced, in part due to a different sensibility related to gun violence.

The Trump administration first introduced the rules for public comment in May 2018, garnering thousands of public responses. (See ACT, June 2018.)

These military-style weapons, although more tightly controlled in many other countries, have been sold domestically and used in many mass shootings, including at Sandy Hook Elementary School in Newtown, Conn.; the Pulse nightclub in Orlando, Fla., and Stoneman Douglas High School in Parkland, Fla. Human rights and gun control groups have backed the legislative efforts to stop the change. Kris Brown, president of the Brady Campaign, stated on Feb. 8, "While the corporate gun lobby is no doubt thrilled to be able to take their products to a wider audience, we need to be taking steps to reduce gun violence at home, rather than exporting it.”