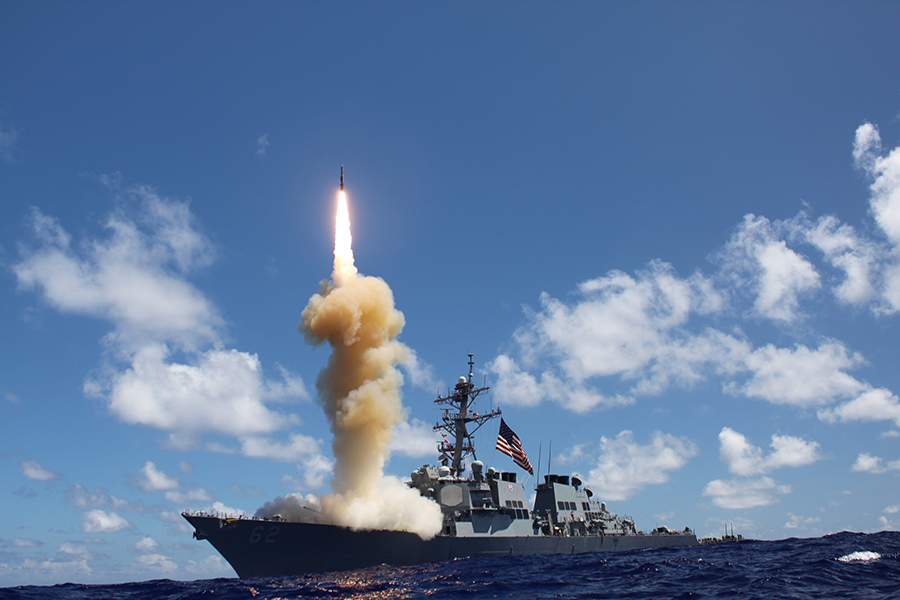 The ultimate impact of the review remains to be seen, given the divergence between U.S. President Donald Trump’s description of U.S. missile defense objectives and those described in the report. Uncertainty was also generated by the report’s call for several follow-up studies and by misgivings from some members of Congress.

In addition, rival powers Russia and China have expressed concern about the review and could take steps to counter new U.S. missile defenses.

In remarks at the report’s rollout, Trump stated that the goal of U.S. missile defenses is to “ensure we can detect and destroy any missile launched against the United States—anywhere, anytime, anyplace.” This goes further than the text of the report, which limits the purpose of U.S. homeland defenses to their traditional role of defending against limited missile attacks from North Korea and Iran, not Russia and China.

Previous administrations have not depended on missile defenses to defend the continental United States against Russian and Chinese missile attacks due to insurmountable technical, financial, and geopolitical obstacles.

The review endorses other elements of continuity with long-standing U.S. missile defense policy, such as affirming the need for a layered missile defense architecture to attempt to intercept missiles during any phase of their flight, providing the U.S. Missile Defense Agency (MDA) with special acquisition authorities, and rejecting any negotiated limits on U.S. missile defenses.

The review breaks new ground by proposing to augment defenses against regional ballistic, cruise, and hypersonic missile threats no matter the source, place greater emphasis on the importance of space, and study new technologies to intercept missiles during their boost phase when they are traveling at their slowest.

The review also seeks to integrate offensive attack operations more closely with missile defenses and to supplement the defense of the U.S. homeland with the Aegis Standard Missile-3 (SM-3) Block IIA interceptor. The MDA plans to test this interceptor, which was originally designed to counter regional missile threats, against an intercontinental ballistic missile target in 2020.

“For the first time, the document puts Russia and China in the same sentence as missile defenses,” said Thomas Karako, a senior fellow at the Center for Strategic and International Studies.

The Consequences of Expanding Scope

Among all these goals, however, it was the review’s expansion of the scope of missile defenses to confront Russia and China more assertively that has drawn the most attention from missile defense experts, with some observers expressing concern about the weighty implications.

James Miller, a former undersecretary of defense for policy during the Obama administration, noted in a Feb. 13 email that he found the review to be reasonable. He nevertheless said the objective “to bring the SM-3 IIA missile into the national defense architecture…means that China and Russia must expect the United States by 2025–2030 to have many hundreds of available interceptors for national missile defense.”

“We should expect the Chinese nuclear arsenal to grow substantially and Russia to resist reductions below the 2010 New Strategic Arms Reduction Treaty—and to prepare seriously to break out,” he warned.

In keeping with past criticisms of U.S. missile defense strategy, Russia and China reacted harshly to the report.

The Russian Foreign Ministry stated on Jan. 18 that the report “confirms Washington’s invariable policy of increasing the destabilizing potential of global missile defense that is expected to be reinforced by new technological and financial resources.” On the same day, a Chinese Foreign Ministry spokesperson said that “China is strongly dissatisfied and firmly opposes” the review’s findings.

Even before the report’s release, the U.S. Congress during the first two years of the Trump administration approved record levels of MDA appropriations to expand existing regional and missile defense systems and advance the development of new technologies. (See ACT, November 2018.)

The review reaffirms pre-existing Trump administration plans to arm unmanned aerial vehicles with lasers to zap long-range missiles during their boost phase, expand the Ground-Based Midcourse Defense (GMD) system from 44 to 64 interceptors by 2023, and field a space-sensor layer to provide birth-to-death tracking of ballistic missiles and hypersonic glide vehicles.

Several of the recommendations in the review could be difficult to fulfill effectively. For example, the $67 billion GMD system in Alaska and California, designed to defend the U.S. homeland against a North Korean or Iranian threat, has an intercept success rate of just over 50 percent in controlled testing.

“Improving the accuracy and reliability of the 44 ground-based interceptors (GBIs) that we have makes sense,” wrote Madelyn Creedon, a nonresident senior fellow at the Brookings Institution, in a Jan. 22 blog post. “[B]ut additional spending should be focused on the real threat,…intermediate- and short-range conventional cruise and ballistic missiles, and not on more GBIs.”

A 2012 report by the National Academy of Sciences concluded that “boost-phase missile defense—whether kinetic or directed energy, and whether based on land, sea, air, or in space—is not practical or feasible.”

The review is largely silent on the budget implications of expanding U.S. missile defenses. Undersecretary of Defense John Rood told reporters on Jan. 17 that “missile defense…occupied a substantial portion of the Defense Department’s budget in the past and it will going forward.”

Despite taking nearly two years to complete, the review directed 11 follow-on studies on several subjects, including controversial issues such as space-based interceptors for boost- phase defense.

The review proposes a six-month feasibility study “of the concepts and technology for space-based defenses.”
It adds that the study “may include on-orbit experiments and demonstrations.”

The review argues that a space-based interceptor layer “may increase the overall likelihood of successfully intercepting offensive missiles, reduce the number of U.S. defensive interceptors required to do so, and potentially destroy offensive missiles over the attacker’s territory rather than the targeted state.”

Critics argue that space-based interceptors are an unaffordable, ineffective, and a destabilizing form of defense. (See ACT, September 2018.)

“The biggest potential impact of this [review] comes from its opening the door to space-based systems,” Miller said. “If the administration proposes and Congress supports space-based interceptors…strategic stability will be shot in the head.”

The release of the report has drawn mixed reviews from lawmakers. Republicans have generally expressed support for the review’s recommendations. Sen. Deb Fischer (R-Neb.), who chairs the Senate Armed Services strategic forces subcommittee, said in a Jan. 17 statement that “[m]issile threats are clearly growing, and America’s missile defenses play a key role in deterring and defeating attacks on the U.S. and our forces stationed around the world.”

Democrats have been more critical of the review. “While it is essential that we continue investing in proven missile defense efforts,” said House Armed Services Committee Chairman Adam Smith (D-Wash.) in a Jan. 17 statement, “I am concerned that this missile defense review could lead to greater investment in areas that do not follow these principles, such as a space-based interceptor layer that has been studied repeatedly and found to be technologically challenging and prohibitively expensive.”