"...the Arms Control Association [does] so much to keep the focus on the issues so important to everyone here, to hold our leaders accountable to inspire creative thinking and to press for change. So we are grateful for your leadership and for the unyielding dedication to global nuclear security."
– Lord Des Browne
Vice Chairman, Nuclear Threat Initiative
AI Arms Race Gains Speed

The U.S. Defense Department plans to apply artificial intelligence (AI) to virtually every aspect of its operations “to ensure an enduring competitive military advantage against those who threaten our security and safety,” according to strategy document released Feb. 12. 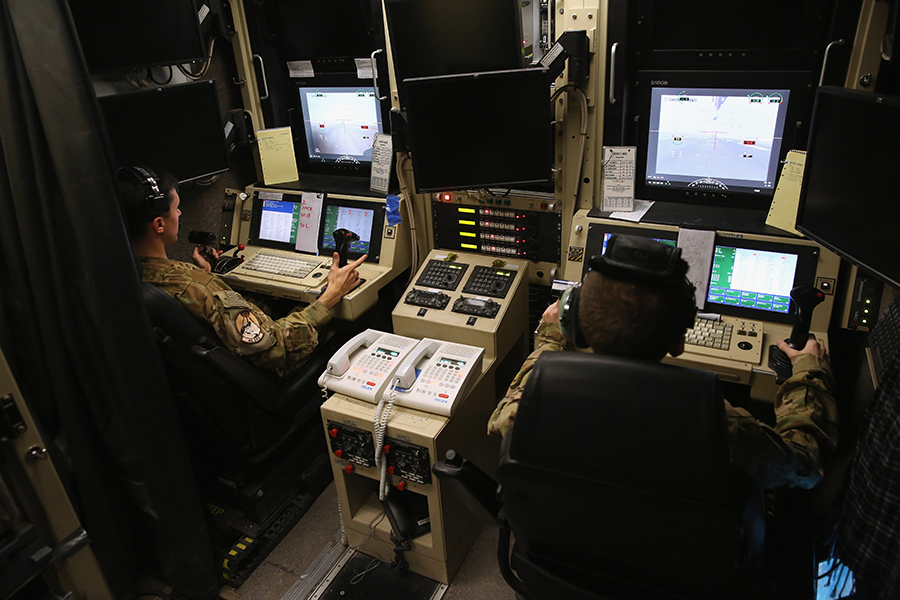 In the unclassified version of its Artificial Intelligence Strategy, the Defense Department outlines many areas in which Pentagon officials believe AI can enhance the effectiveness of U.S. forces, particularly in battlefield logistics, equipment maintenance, target acquisition, and combat decision-making. In general, the emphasis is on relieving combat soldiers of onerous and time-consuming tasks, such as hauling heavy equipment and poring over drone-supplied video feeds in search of enemy combatants. “We will prioritize the fielding of AI systems that augment the capabilities of our personnel by offloading tedious cognitive or physical tasks and introduce new ways of working,” according to the paper (see ACT, this issue).

Underlying the Defense Department’s strategy is its belief that U.S. rivals are speeding ahead with AI initiatives of their own, requiring a redoubled U.S. effort to avoid being left behind in a rapidly emerging AI arms race. “Other nations, particularly China and Russia, are making significant investments in AI for military purposes,” the new strategy asserts. “These investments threaten to erode our technological and operational advantages.” It is imperative, the strategy document adds, that the United States “adopt AI to maintain its strategic position [and] prevail on future battlefields.” The notion that the United States must seize the lead in AI development or lose a strategic advantage appears to be a driving force in the Defense Department’s push to devise and deploy new AI-empowered technologies.

That the United States and its rivals are now engaged in an AI arms race was given further reinforcement with the Feb. 6 release of “Understanding China’s AI Strategy,” a report by Gregory Allen of the Center for a New American Security. China’s leaders, Allen argues, believe that AI mastery will prove essential for economic and military power in the decades ahead and that China must acquire self-sufficiency in this field. “China’s leadership,” Allen says, “believes that China should pursue global leadership in AI technology and reduce its vulnerable dependence on imports of international technology.”

China’s leaders are aware, Allen notes, that their drive to attain global leadership in AI applications will provoke alarm in Washington and fuel the emerging AI arms race. Nevertheless, China views “increased military usage of AI as inevitable” and is accelerating its efforts to devise and deploy advanced AI-empowered systems. Allen cites Chinese Maj. Gen. Ding Xiangrong of the Central Military Commission, who asserted China’s intent to “narrow the gap between the Chinese military and global advanced powers” by taking advantage of the “ongoing military revolution…centered on information technology and intelligent technology.”

Recent developments in Russia suggest a similar mind-set. Russian President Vladimir Putin issued a Jan. 15 directive to craft a national AI strategy intended to better coordinate domestic efforts in the field and accelerate the development of AI technologies. As in China, mastery of AI is said by top Russian officials to be essential for Russia’s future economic and military predominance. These moves by Russia and China will only add to the impression of a burgeoning AI arms race.

Keep nuclear testing off the table

Global Flashpoints and the Risks of Escalation