Francis “Frank” Scanland Houck, a pioneer of international nuclear safeguards and nonproliferation, died November 11 at the age of 88. Soft-spoken and modest, Houck had few equals in supporting the trailblazing efforts of the International Atomic Energy Agency (IAEA) to prevent the spread of nuclear weapons. 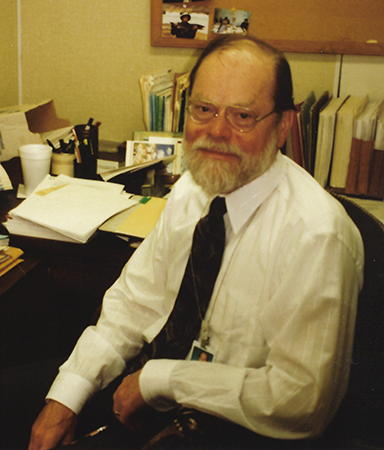 After earning his doctorate from Columbia University and completing a short stint at the U.S. Department of Defense, Houck joined the fledgling U.S. Arms Control and Disarmament Agency in 1962. It was just a year after the independent agency was created with a mission of managing U.S. participation in international arms control negotiations, among many other activities.

Houck became a key participant in U.S. efforts to establish IAEA tools to monitor, or safeguard, peaceful nuclear programs against their diversion to military purposes. Houck’s knowledge of the nuclear fuel cycle, combined with lawyerly attention to detail and experience, made him one of the most important experts on the technical parameters and implementation of
IAEA safeguards.

Houck spent more than a decade in Vienna as a consultant to the IAEA and served for many years as the U.S. representative to the IAEA Standing Advisory Group on Safeguards Implementation, including as chairman. He was a key participant in bilateral consultations with U.S. allies that proved essential in garnering support for strengthening international safeguards. Highly respected internationally, Houck received the Distinguished Service Award from the Institute of Nuclear Materials Management in 1999 for “long-term, noteworthy contributions to nuclear materials management.”

Houck proved to be invaluable as U.S. nuclear nonproliferation officials grappled with ways to adapt IAEA safeguards to new challenges. He had an unmatched understanding of the safeguards system, including its limitations, and produced ideas that few others could offer. He made profound contributions
in the 1990s to strengthening safeguards and to negotiating the Model Additional Protocol to IAEA safeguards agreements.

Today, the IAEA applies safeguards in about 1,300 locations with nuclear material in 150 countries and is widely respected as an essential nonproliferation tool. The IAEA is the only credible international mechanism
to detect violations of the nuclear Nonproliferation Treaty, the foundation of today’s international nonproliferation regime. Frank Houck’s legacy as an important contributor to this component of global security is secure.

In recognition of the IAEA’s role in promoting international security, the agency received the Nobel Peace Prize in 2005, the year Houck retired after 43 years of service to his country in preventing nuclear proliferation. Looking back, the coincidence seems a fitting end to his career.

Understanding the Risks and Realities of China’s Nuclear Forces