Congress voted to fund a Trump administration proposal to develop of a small number of low-yield nuclear warheads for submarine-launched ballistic missiles (SLBMs) despite strong opposition from Democrats. 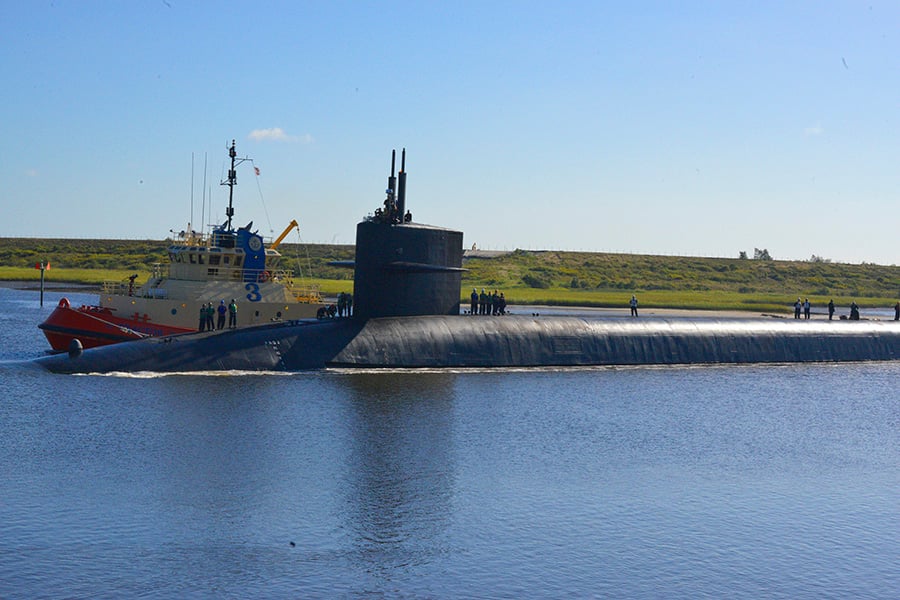 The disapproval of Democratic lawmakers, particularly in the House, presages a contentious fight over whether to deploy the weapon if Democrats retake that chamber in the midterm elections.

Congress approved $87.5 million for the warhead as part of the fiscal year 2019 energy and water and defense appropriations bills. President Donald Trump signed both bills into law as part of two larger appropriations packages on Sept. 21 and Sept. 28, respectively.

Fiscal year 2019 began on Oct. 1. Before this year, Congress had not passed more than one appropriations bill before the start of the fiscal year since 2007.

The Trump administration’s Nuclear Posture Review (NPR) report released in February called for the development of two additional low-yield nuclear capabilities primarily to counter Russia’s alleged willingness to use or threat to use tactical nuclear weapons on a limited basis to stave off defeat in a conventional conflict or crisis, a strategy known as “escalate to de-escalate.” (See ACT, March 2018.) Russia possesses a larger and more diverse arsenal of such weapons than the United States.

In addition to the low-yield SLBM warhead, the administration wants to develop a nuclear-armed, sea-launched cruise missile (SLCM) that could be available for fielding within the next decade.

According to the NPR report, the development of the two options “is not intended to enable, nor does it enable, ‘nuclear war-fighting.’” Rather, expanding U.S. tailored response options will “raise the nuclear threshold and help ensure that potential adversaries perceive no possible advantage in limited nuclear escalation, making nuclear weapons employment less likely,” according to the report.

Critics maintain that the report misconstrues Russian nuclear doctrine and that additional low-yield options are unnecessary.

The fiscal year 2019 budget request for the National Nuclear Security Administration (NNSA), a semi-autonomous agency within the Energy Department, included $65 million for modification of a small number of 100-kiloton W76-1 SLBM warheads so that they detonate at a less powerful yield. The Defense Department requested $22.6 million for developing the low-yield variant. (See ACT, April 2018.) The department plans to spend a total of $48.5 million on the effort over the next five years.

Congress provided $1 million in fiscal year 2019, the same as the budget request, to begin an analysis of the performance requirements and costs to pursue development of the new SLCM.

Democrats in the Senate and House offered several amendments to this year’s national defense authorization bill and energy and water and defense appropriations bills that would have curtailed funding for and required more information from the Trump administration about the low-yield warhead.

For example, Sen. Jeff Merkley (D-Ore.) in May offered an amendment to the energy and water bill in the Senate appropriations committee that would have eliminated the $65 million requested by the NNSA for the low-yield SLBM warhead. The amendment was defeated by a vote of 12–19. Three Democratic senators joined every Republican in opposing the amendment.

In June, Rep. Barbara Lee (D-Calif.) offered an amendment to the energy and water bill on the House floor that also would have eliminated the NNSA request for the low-yield warhead. The amendment failed by a vote of 177–241, with all but 15 Democrats supporting the amendment.

Rep. Adam Smith (D-Wash.), the ranking member on the House Armed Services Committee who would become chairman if the Democrats win back the House, has been one of the most vocal congressional critics of the low-yield warhead and the Trump administration’s nuclear weapons policy more broadly.

“I think that the Republican Party and the [Pentagon’s] Nuclear Posture Review contemplates a lot more nuclear weapons than I and most Democrats think we need,” Smith said at a conference in Virginia in September.

“We also think the idea of low-yield nuclear weapons are extremely problematic going forward, and when we look at the larger budget picture, that is not the best place to spend the money,” he added.

The defense appropriations law supports and, in several cases, increases funding above the Trump administration’s proposed budget request for programs to sustain and rebuild nuclear-armed missiles, submarines, and bombers and their supporting infrastructure.

The energy and water law provides $11.1 billion for nuclear weapons activities conducted by the NNSA, an increase of about $90 million above the budget request and $500 million more than last year’s appropriation.

On missile defense, Congress approved $11.3 billion for the Missile Defense Agency, an increase of $1.4 billion from the budget request of $9.9 billion. The additional funds include $126 million for enhanced discrimination capabilities, $85 million to support using lasers to intercept missiles in their boost phase, and $46 million for hypersonic missile defense efforts.

The defense law does not include funding to begin developing a space-based ballistic missile defense interceptor layer. The fiscal year 2019 National Defense Authorization Act requires the Defense Department to pursue such a layer regardless of whether the long-delayed missile defense review recommends such an action. (See ACT, September 2018.)

The reasons for the delay in the completion of the review, originally expected to be released in February, are unclear.

The defense law provides $617 million more than the budget request to support and accelerate offensive and defensive hypersonic research and prototyping efforts to maintain U.S. technology superiority and ability to fight and win a possible future war with Russia and China. The speed, flight altitude, and maneuverability of such weapons result in less warning time than in the case of higher-flying ballistic missiles and make them much more difficult to target with missile defenses. (See ACT, January/February 2018.)

Congress also approved the Pentagon’s budget request of $48 million for research and development on and concepts and options for conventional, ground-launched, intermediate-range missile systems in response to Russia’s alleged violation of the 1987 Intermediate-Range Nuclear Forces Treaty. Trump announced in October that he plans to withdraw the United States from the treaty due to Russia’s violation and to counter China, which is not a party to the agreement.

The energy and water law includes $1.4 billion for core NNSA fissile material security and nonproliferation efforts, an increase of about $150 million from the budget request. The additional funding supports stepped-up efforts to secure and eliminate radiological materials that could be used in a so-called dirty bomb and to minimize the use of highly enriched uranium to produce molybdenum-99, a medical isotope.