– George Stephanopolous
Host of ABC's This Week
January 1, 2005
The Nuclear Test Ban and the Verifiable Denuclearization of North Korea

On October 7, the U.S. Department of State issued a readout on Secretary of State Mike Pompeo’s meetings in Pyongyang indicating that North Korean leader Kim Jong Un “invited inspectors to visit the Punggye-ri nuclear test site to confirm that it has been irreversibly dismantled.”1 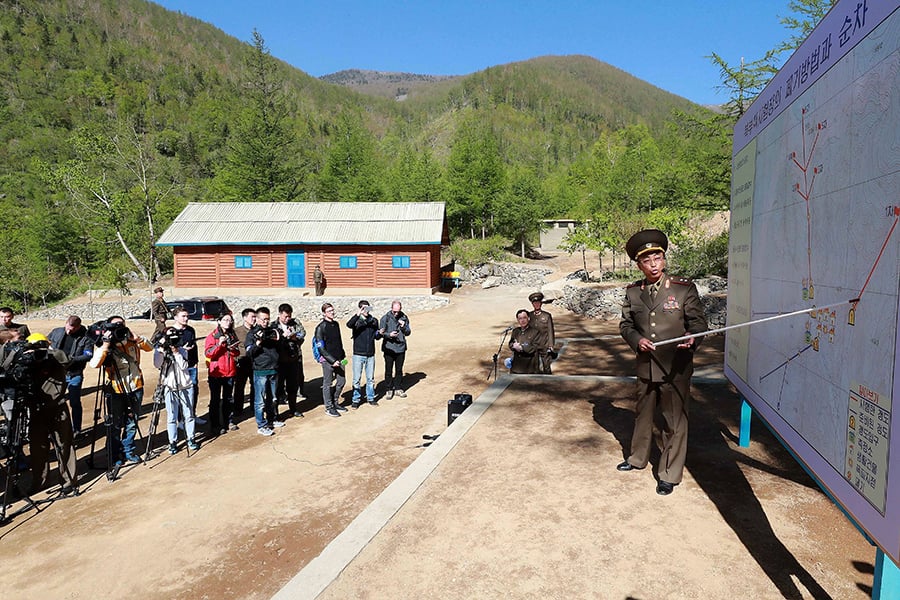 Subsequently, Pompeo was asked by reporters when international nuclear inspectors would be allowed onto the site. Pompeo replied, “[A]s soon as we get it logistically worked out, Chairman Kim said he’s ready to allow them to come in, and there’s a lot of logistics that will be required to execute that, but when we get them, we’ll put them on the ground.” Pompeo had no comment to a follow-up question on which organization would be invited to conduct inspections.2

Some argue the Trump-Kim summit statement in June was light on detail about how to achieve denuclearization of the Korean peninsula. Denuclearization, the term itself, was not defined by the parties to this statement and may indeed have different interpretations. From my perspective as executive secretary of the Comprehensive Test Ban Treaty Organization (CTBTO), it is a pity that nothing explicit was included related to ending nuclear testing, but the State Department readout on the matter is encouraging.

Verification is key to permanently ending nuclear test explosions in North Korea. At his press conference following the Singapore summit with Kim, U.S. President Donald Trump stated that denuclearization would be verifiable. This is important. Verifiable measures are at the heart of lasting nuclear arms control, nonproliferation, and disarmament. It must be based on the best available technologies, the best expertise, and the most rigorous protocols.

North Korea, in destroying facilities at its Punggye-ri test site on May 24, aimed to show its commitment to ending nuclear tests. Yet, the invited international journalists who witnessed the destruction from a distance are not experts able to characterize and establish a baseline of the current state of the site. So although the declared closure is welcome, those present lacked the skills and necessary specialized equipment to assess the activities that took place.

The CTBTO and its technological tools are uniquely placed to provide adequate verification and to monitor an end to nuclear tests in North Korea. On the technical side, the CTBTO can achieve this through its competencies and capabilities in remote monitoring via the International Monitoring System (IMS), as well as through expertise in in-field activities and data collection gained through the development of the On-site Inspection element of the Comprehensive Test Ban Treaty (CTBT) verification regime. The IMS is already up and running and has detected all six North Korean tests using seismic, hydroacoustic, infrasound, and radionuclide technologies at its global network of more than 300 facilities. After each test conducted by North Korea, CTBT states-signatories received raw data and analyzed products from the International Data Centre (IDC) in a timely and reliable manner.

The IMS is more than 90 percent complete, and the IDC data processing and analysis capacity continues to improve and evolve on pace with technological advancement. Two integrated field exercises have proven that the on-site inspection regime has reached an advanced state of readiness. Every nuclear test carried out by North Korea has been detected with precision and timeliness. Monitoring technologies and data have made vital contributions to disaster risk reduction and mitigation. In addition, there are countless other civil and scientific areas, such as climate change studies and earth and atmospheric sciences, where IMS data has proven to have immense value.

Ongoing dialogue and negotiations with Pyongyang have yielded important gains for regional and international security and stability. The CTBTO stands ready, within its mandate, to contribute to the process of verifiable denuclearization if called on by its states-signatories.

The CTBTO’s mandate is to verify compliance with the prohibition on nuclear test explosions established by the treaty. If requested, however, the CTBTO could make available its monitoring assets and expertise as part of any internationally led process to provide reliable verification of the irreversible dismantlement of the test site at Punggye-ri. 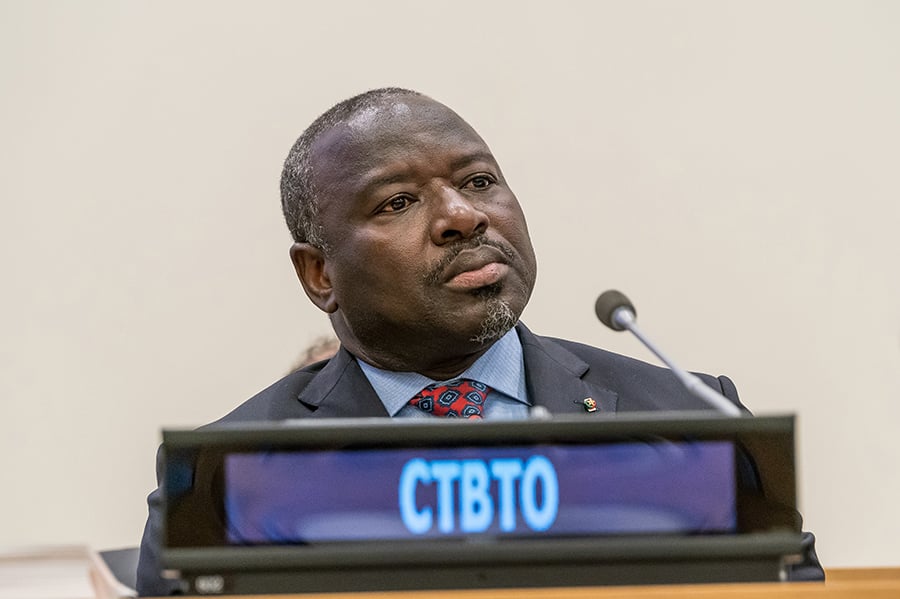 The CTBTO has the in-house expertise and equipment ready to deploy should states-signatories call for it. The organization has developed considerable proficiency in areas such as surveying and in-field measurement that could be of relevance to confirming the closure of the Punggye-ri site. In-field measurement techniques and equipment that can be deployed include gamma radiation monitoring and in-situ gamma spectroscopy, environmental sampling, passive seismological monitoring (micro-arrays), magnetic and gravitational field mapping, electrical conductivity measurements, ground penetrating radar, and airborne gamma spectroscopy and multispectral imaging.

Without verification, the international community could be left wondering whether the tunnels, equipment, and other related infrastructure could be reconstituted with little delay should negotiations on denuclearization and peace come to a halt or an agreement break down.

Specifically, concerning the verification of test-site closures, the CTBTO can potentially offer key operational verification tasks starting with a site characterization survey to ascertain and document the state of the site after its reported closure. The survey, including in-field measurements and environmental sampling, would also provide a baseline of the current state of the site.

Long-term verification could include periodic site visits to compare to the baseline, along with ongoing local seismic monitoring, and ongoing remote monitoring through the IMS. This is what the CTBTO is capable of doing. As the treaty is not yet in force, on-site inspections cannot therefore take place in line with its provisions, but the potential indeed exists for utilizing CTBT monitoring technologies and inspection expertise.

The path to the verifiable denuclearization of the Korean peninsula runs through the CTBT. Any final agreement with North Korea must include signature and ratification of the treaty. The opportunity to demonstrate to the world the value of the treaty and efficacy of the most sophisticated and far-reaching verification regime ever devised should not be missed.

North Korea is not yet a signatory to the treaty. If the country is serious about confidence building, at the very least it should match the United States’ signature without delay. There is really no downside to doing so. In fact, earlier this year, North Korea’s permanent representative to the Conference on Disarmament announced that the North will “join international disarmament efforts for a total ban on nuclear tests.” This can logically mean only one thing: joining the CTBT.

Matching the United States by signing the CTBT would be a powerful indication of the willingness of North Korea’s leadership to move toward verifiable denuclearization. Taking this leap would also contribute to the regime integrating with the community of states who already adhere to an international no-test norm. It would contribute to bringing North Korea back onto the world stage as a responsible member of the international community.

Joining the CTBT could be a precursor to inviting the organization to view the test site. This would not be without precedent: other CTBT states-signatories have invited the CTBTO to conduct activities at other former nuclear weapons test sites. The former Soviet test site at Semipalatinsk in Kazakhstan has hosted a number of on-site inspection field tests and exercises. The CTBTO was invited to witness the closing of the French test sites of Moruroa and Fangatayufa in 1999.

On September 25, the CTBTO welcomed the ratification of the treaty by Thailand and the signing by Tuvalu. The CTBT now has 184 states-signatories and 167 ratifying states. The support and resolve by Thailand and Tuvalu taking such actions have strengthened global efforts to achieve a nuclear-test-free world. With each signature and ratification, there is a growing chorus of voices demanding an end to nuclear testing that becomes more and more difficult to ignore.

The de facto norm against nuclear testing underpinned by the CTBT is stronger than ever. It continues to be vital to international peace and security, and although it may feel as if some international institutions and regimes are starting to fray, global support for the treaty continues to rise. Yet, this momentum cannot be sustained without the unwavering support and commitment by states-signatories. 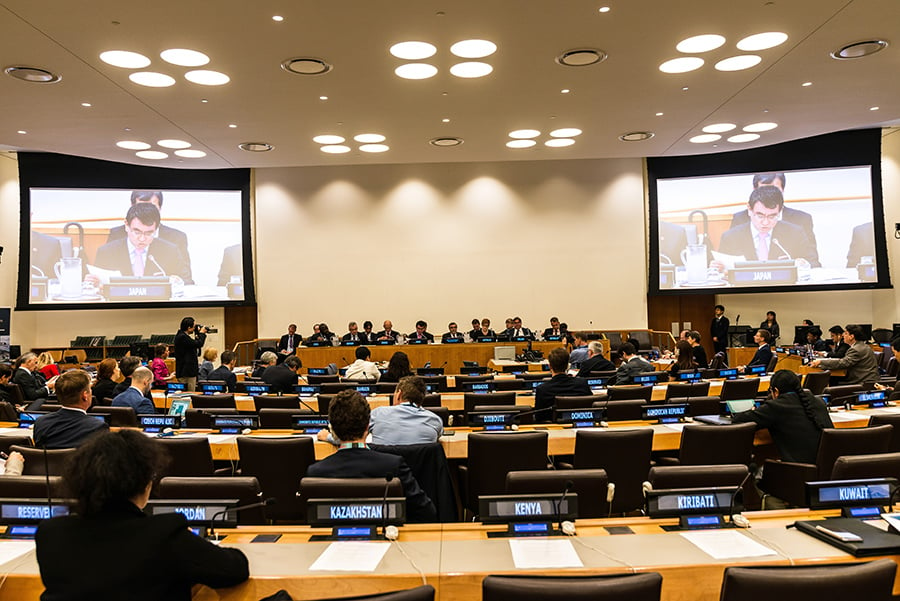 In order to achieve the ultimate goal of a world free of nuclear tests, it is important to ensure that opportunities are identified and acted on. Regrettably, there have been missed opportunities over the years where the CTBT, along with the monitoring assets, expertise, and infrastructure available at the CTBTO, could have been used in important ways to advance international peace and security. During the high-level UN Security Council meeting on the nonprolifereration of weapons of mass destruction on September 26, CTBT supporters had the opportunity to make a strong case for the treaty and its entry into force. These are the stages and platforms where they should consistently and emphatically promote the urgency of the entry into force of the CTBT. These are the moments to seize and act on, not the moments to squander away due to politics.

Current developments on the Korean peninsula may provide a unique opportunity for the CTBT. North Korea is one of the eight remaining CTBT Annex 2 states, whose ratifications are needed for entry into force.3 It is vital not to miss this opportunity to demonstrate to the world the value of the treaty and the efficacy of one of the most sophisticated and far-reaching verification regimes ever devised.

All states, particularly North Korea, should join in this historic journey to put an end to nuclear tests through the entry into force and universalization of the CTBT. Together, we will ensure nuclear tests become a relic of the past. By doing so, we will put in place one of the most practical and achievable elements of a nuclear-weapons-free world.4

Lassina Zerbo is the executive secretary of the Comprehensive Test Ban Treaty Organization.