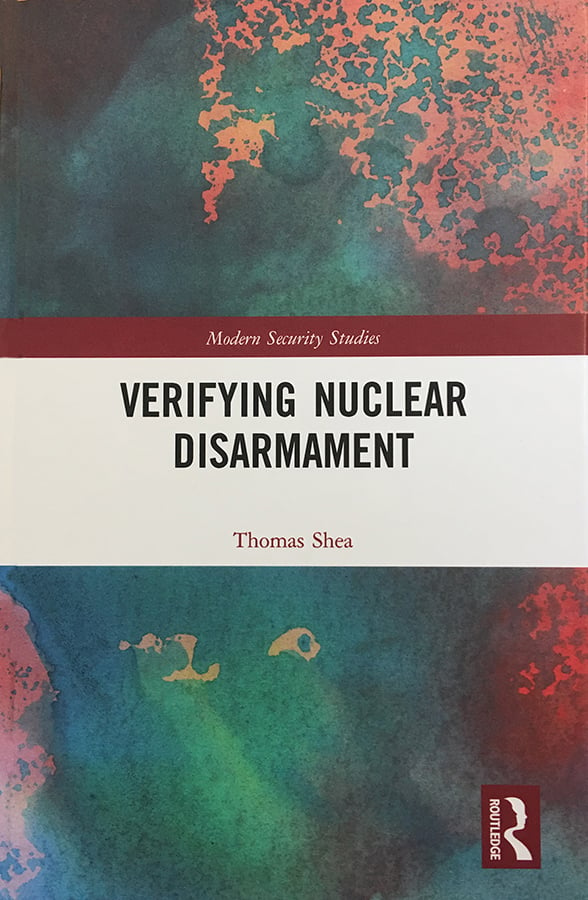 Thomas E. Shea’s technical discussion of the procedures and institutional architecture necessary to verifiably dismantle nuclear warheads fills a critical gap in the existing literature on disarmament. Shea, a 24-year veteran of the safeguards department of the International Atomic Energy Agency (IAEA), approached verifiable dismantlement of nuclear weapons by focusing on the control of fissile material. In addition to describing the processes for inspection, dismantlement, and disposition of fissile materials, Shea proposes the creation of an International Nuclear Disarmament Agency (INDA), which would verify the elimination of nuclear weapons-specific facilities, conduct material accountancy, and certify fissile material controls. Shea explains how an INDA would complement existing international organizations, such as the IAEA, which would be involved particularly on fissile material disposition, facility conversion, and rearmament prevention. He offers a model agreement governing the relationship between an INDA and nuclear-weapon states. Another useful element lists disarmament activities alongside the proposed inspection activities. His work is particularly valuable in light of the new Treaty on the Prohibition of Nuclear Weapons, which requires dismantling nuclear warheads but does not contain specific verification provisions. Shea’s book offers a path forward for realizing the political goals of nuclear disarmament.—KELSEY DAVENPORT

Moeed Yusuf, a scholar at the U.S. Institute of Peace, helpfully begins by discussing the theory and existing literature on nuclear crises and brokered bargaining before diving into three specific events in the Indian-Pakistani relationship: the Kargil crisis of 1999, the 2001–2002 military standoff, and the Mumbai crisis, which followed the 2008 terrorist attacks in India. He examines each case using the brokered bargaining model, which asserts that in a crisis scenario the antagonists engage in actions and signaling to deter or compel certain responses from the other side. Additionally, the states try to lure a third party to influence the outcome and de-escalate the crisis. Yusuf also looks at the overarching lessons from the three historical cases and discusses the implications of brokered bargaining for future crisis management. Yusuf focuses on crises in the Indian-Pakistani relationship, but the lessons and conclusions on regional crisis management have implications beyond South Asia. The last two sections of the book place the conclusions garnered from the case studies in the broader context of theory and practical application.—KELSEY DAVENPORT