“Over the past 50 years, ACA has contributed to bridging diversity, equity, inclusion and that's by ensuring that women of color are elevated in this space.”
– Shalonda Spencer
Women of Color Advancing Peace, Security, and Conflict Transformation
June 2, 2022
Missile Security Airmen Used LSD

U.S. Air Force personnel bought, distributed, and used the hallucinogen LSD and other mind-altering illegal drugs as part of a ring that operated undetected for months on a highly secure missile base in Wyoming, according to Air Force records obtained through a Freedom of Information Act request by The Associated Press. 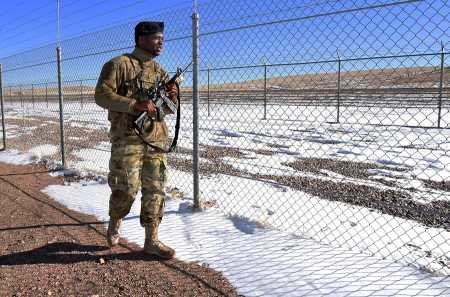 In a news report May 24, AP said their actions were uncovered only after a “slipup on social media by one airman” enabled investigators to crack the drug ring at F.E. Warren Air Force Base in March 2016. Fourteen airmen were disciplined. Six of them were convicted in courts-martial of LSD use, distribution, or both.

The drug use, which reportedly occurred during off-duty hours, was by service members from the 90th Missile Wing, which operates one-third of the 400 Minuteman III missiles on alert in underground silos scattered across the northern Great Plains. “There are multiple checks to ensure airmen who report for duty are not under the influence of alcohol or drugs and are able to execute the mission safely, securely and effectively,” an Air Force spokesman, Lt. Col. Uriah L. Orland, told the news service.