May 2018
By Kelsey Davenport

North Korean leader Kim Jong Un and U.S. President Donald Trump have agreed to negotiate “denuclearization” at their planned summit, but different expectations for what that means could complicate or even derail their talks.

Stepping back from the personal insults and threats of nuclear devastation hurled at one another just months ago, the two leaders have surprised the world with gestures to ease the way to what would be the first-ever meeting between a sitting U.S. president and a leader of isolated, communist North Korea. Most notably, Kim announced on April 21 that North Korea will “discontinue” nuclear tests and long-range missile tests, close its nuclear test site, not transfer nuclear weapons and technology to other countries or groups, and refrain from using nuclear weapons unless threatened. 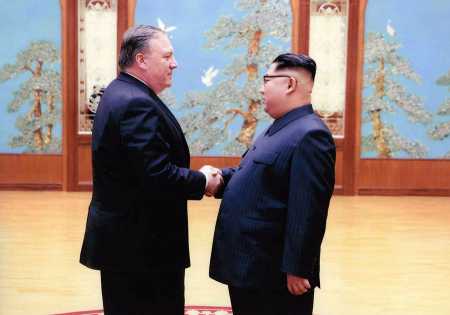 Those steps by the Kim regime, however welcome, fall short of what the United States has considered to be denuclearization. The Trump administration regards denuclearization as meaning North Korea “no longer having nuclear weapons that can be used in warfare against any of our allies,” White House press secretary Sarah Huckabee Sanders said on April 22.

Although administration officials have not been specific, they likely want Kim to dismantle his considerable nuclear weapons infrastructure, which includes warheads, delivery systems, production of fissile material, and weapons research laboratories that together have been a source of national pride and regime security. Measures to ensure that North Korea is not cheating would require elaborate verification provisions and monitoring by international inspectors.

For its part, Pyongyang views denuclearization as a two-sided process that includes U.S. nuclear weapons that are part of Washington’s core defense commitment to allies South Korea and Japan.

This definitional mismatch increases the likelihood that both sides are entering talks with unrealistic expectations.

The Trump national security team has not publicly detailed its approach, but past U.S. administrations have called for “complete, verifiable, and irreversible dismantlement” of North Korea’s nuclear program to achieve the goal of a Korean peninsula free of nuclear weapons. This concept, known as CVID, was a principal U.S. demand during the multiparty negotiations with North Korea over its nuclear program from 2003 to 2009, known as the six-party talks.

UN Security Council resolutions on North Korea similarly describe denuclearization. Dating back to 2006, when the council passed Resolution 1718 in response to North Korea’s first nuclear test, the body declared that North Korea “shall abandon all nuclear weapons and existing nuclear programmes in a complete, verifiable, and irreversible manner.”

CVID also has roots in the January 1992 South-North Joint Declaration on the Denuclearization of the Korean Peninsula, in which Pyongyang and Seoul agreed not to “test, manufacture, produce, receive, possess, store, deploy or use nuclear weapons” or to “possess nuclear reprocessing and uranium enrichment facilities.” The U.S. decision to withdraw tactical nuclear weapons deployed in South Korea in 1991 helped pave the way for the joint declaration the following year.

North Korea is also looking for other, related changes, including a peace treaty, lifting of international sanctions, and some form of guarantee against U.S. efforts for regime change.

North Korea’s nuclear-related conditions are less specific and onerous when compared to past instances when it has defined denuclearization. In July 2016, North Korea said that the “denuclearization being called for” applies to the “whole Korean peninsula and this includes the dismantlement of nukes in South Korea and its vicinity.” (See ACT, September 2016.) 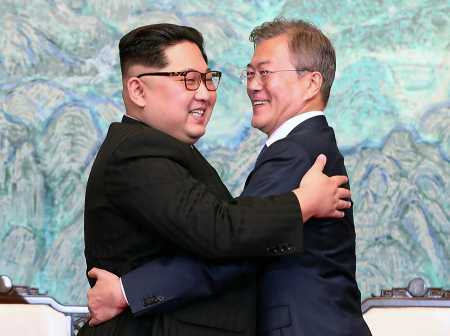 Trump has claimed incorrectly that North Korea’s agreement to talk about denuclearization and its April 21 pledge constitutes an agreement to denuclearize. In response to the announcement, Trump tweeted that “we haven’t given up anything and they have agreed to denuclearization (so great for World), site closure, and no more testing!” Another tweet said that “only time will tell” if things will work out with Pyongyang.

North Korea has not made any public commitment to give up existing nuclear weapons, which Kim in his statement to ruling party officials called a “powerful treasured sword for defending peace.” North Korea is estimated to have assembled 10 to 20 nuclear warheads and to have the fissile material for an estimated 30 to 60 nuclear weapons, as well as advanced chemical and biological weapons programs.

Kim’s pledge is a new and positive commitment, but North Korea has hinted previously it would be willing to take such limited steps. In his new year’s address, Kim laid the groundwork for a suspension, stating that North Korea had completed its nuclear and missile programs.

How North Korea’s shorter-range, nuclear-capable ballistic missiles fit into the denuclearization negotiations is also an open question. Although the promised moratorium on testing intercontinental ballistic missiles may satisfy the United States, it is unlikely to be enough for regional allies, notably Japan, given that North Korea’s short- and medium-range missile systems put that country within range.

Japanese President Shinzo Abe, during an April 17 meeting with Trump at Mar-a-Lago, emphasized the importance of negotiations covering all missile systems, as well as other weapons of mass destruction, such as North Korea’s large stockpiles of chemical weapons.

According to an April 18 White House statement, Trump and Abe raised the bar for the negotiations, stating that North Korea “needs to abandon all weapons of mass destruction and ballistic missiles programs.”