U.S. President Donald Trump and North Korean leader Kim Jong Un are due to meet by early June in a historic, high-stakes summit.

They make an odd couple: a self-confident U.S. president, largely inexperienced in international affairs and distracted by federal investigations, who is looking to eliminate North Korea’s nuclear threat; and an authoritarian North Korean leader, undercut by severe international sanctions, who is seeking to ensure the survival of the dynastic regime established 70 years ago by his grandfather, Kim Il Sung. In the past year, they have traded insults, such as “little rocket man” and “dotard,” and threatened each other with nuclear devastation, demonstrating just how much is on the line at this summit, which would be the first meeting between a sitting U.S. president and a leader of communist North Korea.

How will they interact face to face? What will they decide about the future of North Korea’s nuclear weapons systems, now capable of striking much or all of the United States? Can they set aside decades of enmity between the two countries to avoid repeating the past failures? 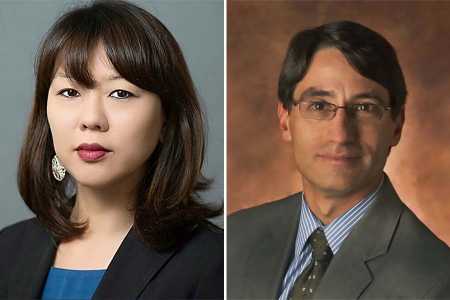 Arms Control Today in mid-April asked two experts on U.S.-North Korean diplomacy to share some of their views looking ahead to a meeting. Jenny Town is assistant director of the U.S.-Korea Institute at Johns Hopkins School of Advanced International Studies and managing editor of the website 38 North, which analyzes North Korean developments. Frank Jannuzi is president and CEO of the Mansfield Foundation and a former policy director for East Asian and Pacific affairs for the U.S. Senate Foreign Relations Committee.

What should the goals and objectives of the proposed Trump-Kim summit be? What can the two heads of state reasonably expect to accomplish in one meeting?

Town: This is not going to be a one-time, problem-solved event, but can create the top-down mandate for negotiations on a common goal and a mutual understanding of how that process will proceed. Especially important will be gaining mutual agreement on the pacing for this process to avoid frustration early on.

Jannuzi: The main goal for the United States should be to reaffirm or, more accurately, “establish” that North Korea is prepared to abandon its nuclear weapons completely and verifiably in exchange for peace, sanctions relief, and security assurances. I don't think “irreversible” denuclearization has ever been a realistic goal, as the scientific capacity to produce nuclear weapons, once learned, cannot be forgotten.

Kim will almost certainly hand over the three detained Americans, either at the summit or shortly thereafter, as a gift to Trump, who will bring them to the White House for a photo op, crediting his pressure tactics for their release. Trump will not offer and Kim does not expect any sanctions relief. Kim does not expect to receive any “gifts” beyond the great gift Trump is already giving him by agreeing to a face-to-face meeting as equals.

What does the administration need to do to prepare Trump for an encounter with Kim, and how might Mike Pompeo as secretary of state and John Bolton as national security adviser affect the administration’s approach?

Town: In the next few weeks, efforts should be focused on setting clear objectives and realistic expectations for the summit. I’m sure the administration is developing what a desired road map for this process might be and briefing Trump on areas where there is flexibility and where there is not. There is no shortage of ideas out there on what should be included in a comprehensive agreement, and there are past agreements to draw from. Certainly, both sides are likely studying these past agreements; assessing what new conditions exist that didn’t before, such as North Korea’s advancements in weapons of mass destruction technologies; and mapping out new priorities for what will need to be addressed in a new agreement and including roles for various actors.

Jannuzi: To paraphrase former U.S. Secretary of Defense Bill Perry's admonition on how to engage North Korea, we must all deal with the United States as it is, rather than as we might wish it to be. Trump will represent the United States at this summit, and he probably will not be prepared for it. He does not read, and it is not clear that he will listen to any advice. At the summit, Trump will have many opportunities to freelance answers to complex questions and improvise slap-dash solutions to decades-old challenges. The Trump administration will likely spend weeks doing "damage control" after the summit, walking back the president's words and "contextualizing" them for their North Korean counterparts.

If Pompeo and Bolton have a chance to influence Trump at all, they will probably play constructive roles. In his testimony before the Senate, Pompeo indicated both a willingness to talk to North Korea and a healthy skepticism about whether the North Koreans can be relied on to fulfill the terms of any deal. Pompeo will need to keep his skepticism in check for now. There will be plenty of time later to address the dogged questions of phasing, verification, and reciprocity that will make any deal difficult to implement. As for Bolton, Trump will likely use him as a foil, trotting him out whenever he wants to remind the North Koreans that some in his inner circle would prefer to bomb their territory. Trump will play good cop to Bolton's bad cop, painting himself as the reasonable negotiating partner looking for a “deal” in comparison to the Bolton “pit bull” itching for a rumble.

How can the two sides create a framework for sustained negotiations on steps toward denuclearization and a peace regime on the Korean peninsula?

Town: While there are several bilateral summits going on, this issue certainly will need multilateral cooperation to solve. It is crucial to have buy-in from the key stakeholders, not only for what they bring to the table but also to avoid intentional disruptions to the process for being left out.

Jannuzi: I think the Trump administration seeks a “declaratory” outcome from this summit, not a substantive outcome or sustained process. Trump will declare that, as a result of his pressure tactics and brilliant negotiating skill, North Korea has promised to denuclearize. He will muse publicly about getting a Nobel peace prize and ask the media to praise his historic accomplishment. Fox News will oblige him. Kim will declare that his nuclear weapons have accomplished their purpose and delivered peace and security. He will bask in the warmth of the respect and international legitimacy implied by his summit with Trump. Both leaders will leave all of the “details” to be worked out later by their teams.

Substantive talks, which will likely be delayed until after the U.S. midterm elections, will prove long and difficult, if they take place at all. The United States has no discernible, realistic road map to accomplish denuclearization and so will have to draft one over the summer that can be presented to the North Koreans for their evaluation and response. In the meantime, I expect the two sides [to] meet at the working level, focusing on very modest interim steps, such as sustaining a missile and nuclear test freeze in exchange for no new sanctions or punitive measures by the United States.

Town: China and South Korea are key players in the process. Xi’s support for negotiations and belief that Kim is ready to go down this road seems to be already set. Whether Moon walks away from his meeting with Kim at Panmunjom with that same perspective could influence whether the Trump-Kim summit even happens.

Jannuzi: Moon will ensure that the Trump administration has a clear understanding of the results of the Moon-Kim summit, and he will encourage Kim to hand Trump what he most wants: a “win.” Xi will warn Kim not to waste this opportunity to transform the U.S. posture from hostility to cooperation, and he will likely pledge some relaxation of sanctions enforcement if North Korea promises to denuclearize.

What pitfalls from past U.S.-North Korean experiences must be avoided so that we do not sink back into a cycle of escalation?

Town: The key point to learn from past agreements is that the devil is in the details. Making sure that once an agreement is on paper, the details are specific, nothing is taken for granted, and verification measures are explicit. Multilateral coordination will be essential to prevent disruptions and loopholes. Moreover, coordination among domestic policy institutions will be important to avoid various actors taking uncoordinated actions that undermine or derail the process.

Jannuzi: The United States should understand that denuclearization and peace are processes that require time and patience. Washington will surely encounter difficulties implementing any agreement. Rather than see each problem as proof of North Korean bad faith, Washington should be prepared for a sustained diplomatic effort that will likely take decades to accomplish its ultimate objectives.

Unfortunately, this is not the approach the Trump administration has in mind. It says that it wants to front-load any agreement to avoid the “mistakes of the past,” including the phased, reciprocal nature of the 1994 Agreed Framework. It wants a process of complete, verifiable, and irreversible denuclearization, known as CVID, that is completed in months, not years. This is not realistic. The Korean peninsula has been divided for 70 years, and the North Koreans have been pursuing nuclear weapons for decades. They will not abandon them quickly or cheaply, and it will require CVIPS (complete, verifiable, and irreversible peace and security) in exchange for CVID.