Deteriorating relations between the United States and Turkey have prompted a growing debate about the wisdom of maintaining U.S. tactical nuclear weapons at the Incirlik Air Base in southern Turkey and, more broadly, about whether to remove all such U.S. weapons from Europe. 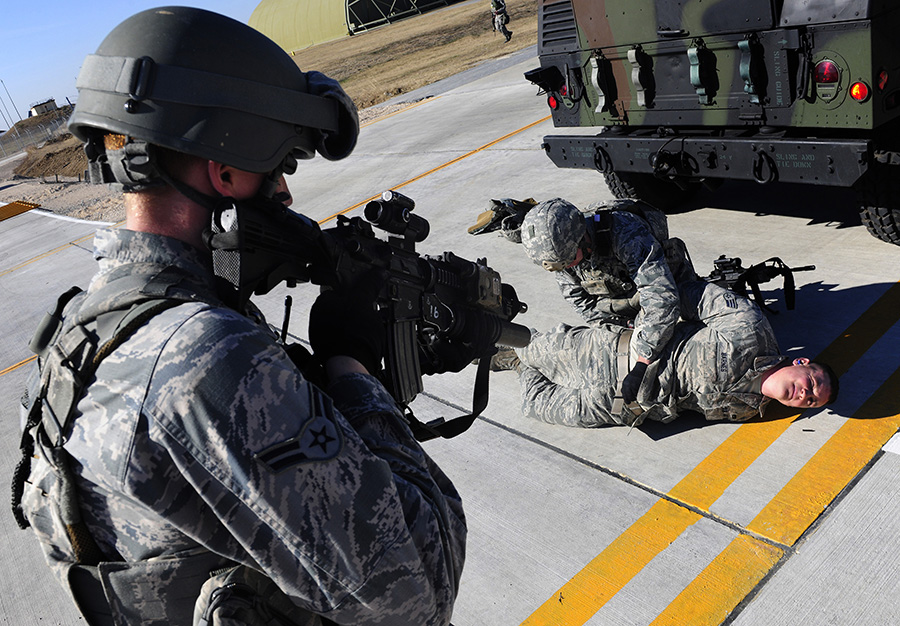 Although Turkey is a NATO member and Incirlik is a key base of operations for the U.S. air campaign against the Islamic State group, developments over the past year and a half have soured relations and raised security concerns at the base. Those arguing for the removal from Incirlik note that although the bombs do not appear to be in imminent danger of theft or unauthorized use, the risks of storing the weapons in Turkey have nevertheless increased significantly. They also note that maintaining the status quo is unacceptable in light of Turkish President Recep Tayyip Erdogan’s anti-U.S. rhetoric and actions.

In an Oct. 14 tweet, Richard Haass, president of the Council on Foreign Relations and former State Department official in the George W. Bush administration, said the United States “should remove nukes from Turkey” and “reduce dependence on use of its bases.” Turkey under Erdogan is an “ally in name only,” he added.

According to open-source estimates, the United States may store as many as 50 B61 gravity bombs at Incirlik. Those make up one-third of the approximately 150 nuclear weapons thought to be housed in five nations in Europe as part of NATO’s nuclear sharing arrangements.

The original rationale for deploying U.S. nuclear weapons in Europe was to deter and, if necessary, defeat a large-scale attack by the Soviet Union. Since the end of the Cold War, the United States has drastically reduced the number of weapons on the continent, but still deploys a smaller number to extend deterrence to NATO allies and as a political signal of the U.S. commitment to the security of alliance members.

The Defense and Energy departments are in the process of an extensive rebuilding of the B61, at a cost that may exceed $10 billion. (See ACT, November 2016.)

Unlike the other bases in Europe that host U.S. B61s, Incirlik does not have dedicated nuclear-capable fighter aircraft that can deliver the weapons. Moreover, Turkey does not train its pilots to fly nuclear missions. In the event NATO were to make a decision to use the weapons now stored in Turkey, the United States or another NATO member would fly its own aircraft to pick them up.

As a matter of policy, the Defense Department does not comment on the presence of nuclear weapons in Turkey or anywhere else in Europe. The Air Force, in its fiscal year 2015 budget request, noted the presence of “special weapons” at “storage sites in Belgium, Germany, Italy, the Netherlands, and Turkey.” Since 2000, NATO has invested $80 million in “infrastructure improvements” and as of 2014 planned to invest an additional $154 million “for security improvements.”

The security environment has raised concerns. In March 2016, the U.S. military ordered the families of U.S. military personnel to leave southern Turkey, primarily from Incirlik, due to terrorist activity in Turkey and the conflict in nearby Syria.

In July 2016, following a failed coup attempt, the Turkish government arrested several high-ranking Turkish military officers at Incirlik and cut power to the base for nearly a week. In the year since, Erdogan has cracked down on opposition groups and independent media and strengthened ties with Russia. In addition, Turkey has arrested several U.S. citizens accused of abetting the coup and in October detained a Turkish employee at the U.S. consulate in Istanbul.

Other NATO members also have had troubled relations with Turkey recently. For example, Germany in July removed its soldiers from Incirlik after Ankara refused to allow German lawmakers to visit the troops at the base.

The presumed presence of U.S. nuclear bombs raises the stakes. A former senior NATO official told Stars and Stripes in July that “if there are nuclear weapons stored in Turkey, they should be removed given the instability, both in the country and across the border in Syria and Iraq.” If removed, the weapons could be sent back to the United States or to another country in Europe that has the requisite facilities to store B61s and aircraft capable of delivering them.

So far, neither the United States nor NATO’s military command have given any indication that withdrawal of the weapons has been seriously considered. Leaders of the 28 member countries of NATO, at their July 2016 summit meeting in Warsaw, reaffirmed the security role played by U.S. nuclear weapons deployed in Europe. (See ACT, September 2016.)

James Townsend, former deputy assistant secretary of defense for European and NATO policy during the Obama administration, told Arms Control Today in an Oct. 23 interview that decisions about U.S. force posture in Europe should not be impacted by “the politics of the day.”

The United States should not pursue a unilateral change to NATO’s nuclear posture “due to politics or even military expediency unless we do so with the Russians giving us something in return,” he added.

NATO may fear that removing the weapons from Incirlik not only would raise questions about the alliance’s commitment to Turkey’s security, likely exacerbating current political tensions, but also prompt uncomfortable debates about the merits of nuclear sharing inside the other host nations.

Indeed, the deployment of U.S. B61s is controversial in some of these countries.

For instance, Martin Schulz, the German Social Democratic candidate for chancellor, said in August that were he to win the Sept. 24 election, he would advocate for the removal of the estimated 20 B61s stored in Germany. Chancellor Angela Merkel’s Christian Democratic Union party ultimately prevailed, but the Social Democrats remain the second-largest political party in Germany.

In an article urging the withdrawal of all U.S. nuclear weapons from Europe published in the journal Survival in September, Steve Andreasen, a former White House official in the Clinton administration, argued that continuing “NATO’s nuclear status quo will come at an increasingly high financial and political cost, and high security risk.”