A large-scale Russian military exercise last month triggered new questions about NATO security and European conventional arms control. The week-long Zapad 2017 exercise, which simulated a Russian military response to a confrontation at the border with a NATO-allied country, displayed a range of technologies and maneuvers seemingly targeted at U.S. and NATO capabilities. 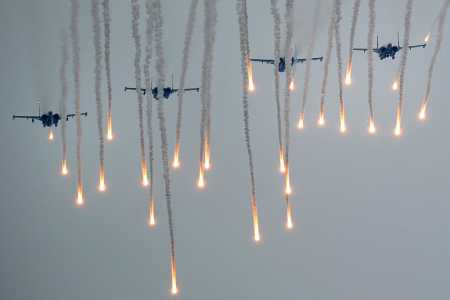 The September exercises occurred against the political backdrop of worsening relations between Russia and NATO countries since the 2014 Russian seizure of Crimea. Russia showcased integrated maneuvers, such as those seen in Crimea and Syria, as well as improved technologies involving drones and electronic warfare, demonstrating the transformation of its military over the past decade into a modern, sophisticated force capable of challenging NATO and the United States.

Since Russia’s annexation of Crimea, Western analysts have commented on NATO’s neglect of European defense amid growing Russian aggressiveness. The governments of the Baltic states and Poland have pressed NATO to strengthen its presence and capabilities on their territories. Over the past few years, NATO has implemented a number of deterrence-by-punishment measures aimed at bolstering defense at the border, including increased troop rotations in the front-line nations that have, in turn, raised Russian anxiety. U.S. and NATO military officials worry alliance forces are underprepared to respond to Russian capabilities for rapid troop mobilization.

The Zapad 2017 scenario envisioned Russian and Belarusian military forces defending against military incursions by a hostile neighboring state labeled “Veyshnoria,” at the Belarusian border with Poland and Lithuania, two NATO members. Throughout the week, drills illustrated how, in Moscow’s perception, a conflict with NATO would unfold. An emphasis on concealing large force movements and utilizing air defense capabilities, such as the S-300 and S-400 missile systems, Pantsir-S1 anti-aircraft systems, and Iskander-M ballistic missile complexes, indicated a Russian preoccupation with the strength of NATO air capabilities. Drills also featured enhanced command and control, coordination of air support and naval forces, and anti-submarine warfare.

Although Russian Defense Minister Sergey Shoigu described Zapad as a “purely defensive” exercise against a hypothetical invading alliance, the exercise transitioned after a few days into a counteroffensive campaign against an advanced conventional military, presumably representing NATO and U.S. forces. In fact, many of the drills featured defense operations against technologies that only the United States would possess, such as high-speed drones. An exercise element featuring a large number of units from Russia’s Northern Fleet, a force intended for strategic deterrence and the maritime defense of northwest Russia, indicates that Moscow envisioned the war games reflecting a conflict with NATO over the Baltic states.

Zapad also featured a test launch of the nuclear-capable Iskander-M missile at a maximum range just short of the 500 to 5,500 kilometer range prohibited by the 1987 Intermediate-Range Nuclear Forces Treaty. The missile was launched from the Kapustin Yar range in the southern Astrakhan region and hit its target in the Makat range in Kazakhstan after traveling 480 kilometers. In addition, the Russian military twice test-fired its new RS-24 Yars intercontinental ballistic missiles, the first a few days before and another during the Zapad exercises. Gen. Lori J. Robinson, head of the Pentagon’s Northern Command, told The New York Times that Russia’s stock of medium- and long-range missiles allows Moscow “to hold targets at risk at ranges that we’re not used to.” 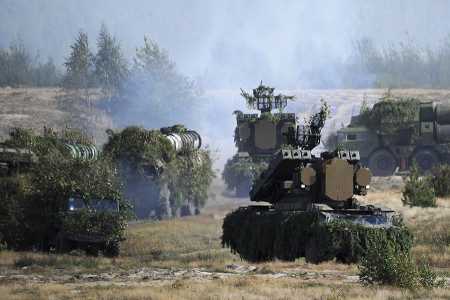 Zapad indicated a preparedness on the Russian side to raise the stakes in a conventional clash with NATO, meaning that NATO will need to evaluate whether it has the ability to maintain a deterrent with Moscow. The wake of the exercises could also bring attention to the possibility of renewing conventional arms control efforts between NATO and Russia.

Experts such as Ulrich Kühn at the Carnegie Endowment for International Peace are revisiting conventional arms control as an additional instrument of European security. Although Moscow suspended its participation in the Conventional Armed Forces in Europe (CFE) Treaty in 2007, prior to the 2008 Russian occupation of Georgia, Kühn believes Moscow’s existential concerns about U.S. conventional strike capabilities and the security of Kaliningrad could make renewed talks on conventional arms control attractive to the Kremlin, despite Russian awareness that the “global balance of power” advantages the United States.

In a Sept. 27 article for the blog War on the Rocks, Kühn proposed extending CFE Treaty counting rules to include heavy weaponry and limiting further troop deployments to the Baltic region. Yet, even if current tensions and European ambivalence make conventional arms restrictions difficult to coordinate, Kühn suggests implementing a range of confidence- and security-building measures that could improve communication and transparency among NATO members and between NATO and Russia.

An official at the German Foreign Ministry told Arms Control Today, "We want to keep the channels of communication open. We seek a more constructive and predictable relationship with Russia and we encourage Russia to act within the norms and rules of the international community."

To achieve such results, according to Kühn, measures could include updating the Vienna Document, a security agreement among the participating states of the Organization for Security and Co-operation in Europe (OSCE), which requires advance notice for military exercises exceeding 9,000 troops and observers for those involving 13,000 troops. Russia circumvents the rules and has opposed efforts to tighten them, he wrote. Ahead of the exercise, the Belarusian Defense Ministry said Zapad would involve fewer than 13,000 personnel, while Western analysts estimated the number of personnel involved to be as high as 100,000. In the end, Western governments conceded that the number of troops involved was likely closer to the official figure.

During the weeklong Zapad exercise, Dominik Jankowski, the head of the OSCE unit in the Polish Foreign Ministry, told the German broadcasting agency Deutsche Welle, "We need to continue efforts to modernize the Vienna Document, even if we are still waiting for a Russia willing to engage in that issue." He said there are “numerous vital proposals on the table ranging from greater transparency regarding snap exercises to risk reduction mechanisms and incident prevention efforts.”

Kühn noted that both sides have contributed to an increased risk of an accidental confrontation at the NATO-Russian border. “NATO’s current deterrence approach in the Baltic region also creates dangers of inadvertent escalation that could be addressed through improved communication,” he wrote. Both the OSCE and German government have called for expanding conventional arms control. But to be effective, conventional arms negotiations with Russia would necessitate agreement by all 29 NATO member-states.

Although NATO holds military drills in Europe regularly, it has never performed a multicorps event on the scale of Zapad 2017. In early October, NATO held its annual Steadfast Noon nuclear strike exercise, The Wall Street Journal reported. The exercise practices NATO’s nuclear strike mission with dual-capable aircraft and the B61 tactical nuclear bombs that the United States deploys in Europe. —MAGGIE TENNIS