Congress last month approved the transfer of an additional $440 million in unspent fiscal year 2017 Defense Department funds to missile defense programs amid on ongoing administration review of U.S. missile defense strategy and growing concern about North Korea’s advancing ballistic missile capabilities. Of that amount, $136 million would support increasing the number of ground-based long-range missile defense interceptors in Alaska by up to 20 beyond the currently planned 40. 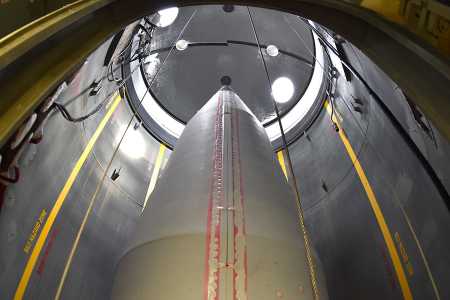 The additional money, which had originally been earmarked for Army operations and maintenance accounts, would also fund missile defense sensors, upgrades to the Navy’s Aegis missile defense program, and classified programs to augment U.S. cyber capabilities for missile defense. The Defense Department submitted the reprogramming request to Congress on Sept. 7.

The administration is currently conducting a congressionally mandated review of the U.S. approach toward missile defense. (See ACT, May 2017.) The review is slated for completion by the end of the year. The Trump administration’s budget request for fiscal year 2018, released May 23, seeks $7.9 billion for the Defense Department’s Missile Defense Agency, a decrease of $334 million from the current level but an increase of $470 million from the projection in the final Obama administration submission. (See ACT, July/August 2017.)

President Donald Trump said at an Aug. 10 news conference at his golf club in Bedminster, New Jersey, that he would “be increasing our budget by many billions of dollars because of North Korea and other reasons having to do with” missile defense. It remains to be seen if the administration will submit a so-called supplemental request to lawmakers for additional missile defense funds beyond its request for fiscal year 2018, which began Oct. 1.

The House and Senate versions of this year’s defense authorization act would permit expanding the number of ground-based interceptors in Alaska. The two chambers are currently in negotiations to produce a final bill by early December.—KINGSTON REIF