The 41-member Executive Council will recommend the Spanish ambassador to the larger OPCW conference of states-parties, which meets from Nov. 27 to Dec. 1. Once formally elected at that session, Arias’ four-year term leading the OPCW, the implementing organization of the 1993 Chemical Weapons Convention, will begin on July 25, 2018. 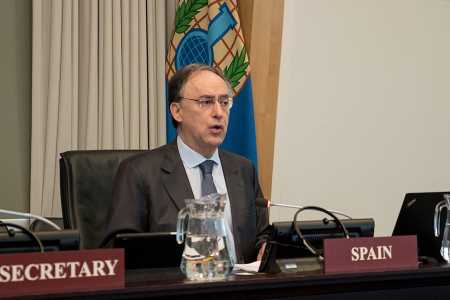 The field of candidates narrowed over several months as individuals withdrew their names following poor showings in a series of informal straw polls conducted within the Executive Council. By Oct. 7, only two candidates remained: Vaidotas Verba, a former Ukrainian ambassador to the OPCW, and Arias.—ALICIA SANDERS-ZAKRE