The Trump administration is considering actions to take in response to Russia’s violation of the 1987 Intermediate-Range Nuclear Forces (INF) Treaty, according to senior national security officials.

Christopher Ford, senior director for weapons of mass destruction and counterproliferation on the National Security Council staff, and Robert Soofer, deputy assistant secretary of defense for nuclear and missile defense policy, signaled in recent comments that the White House may move beyond talks to military measures intended to pressure Russia to return to compliance with the INF Treaty. 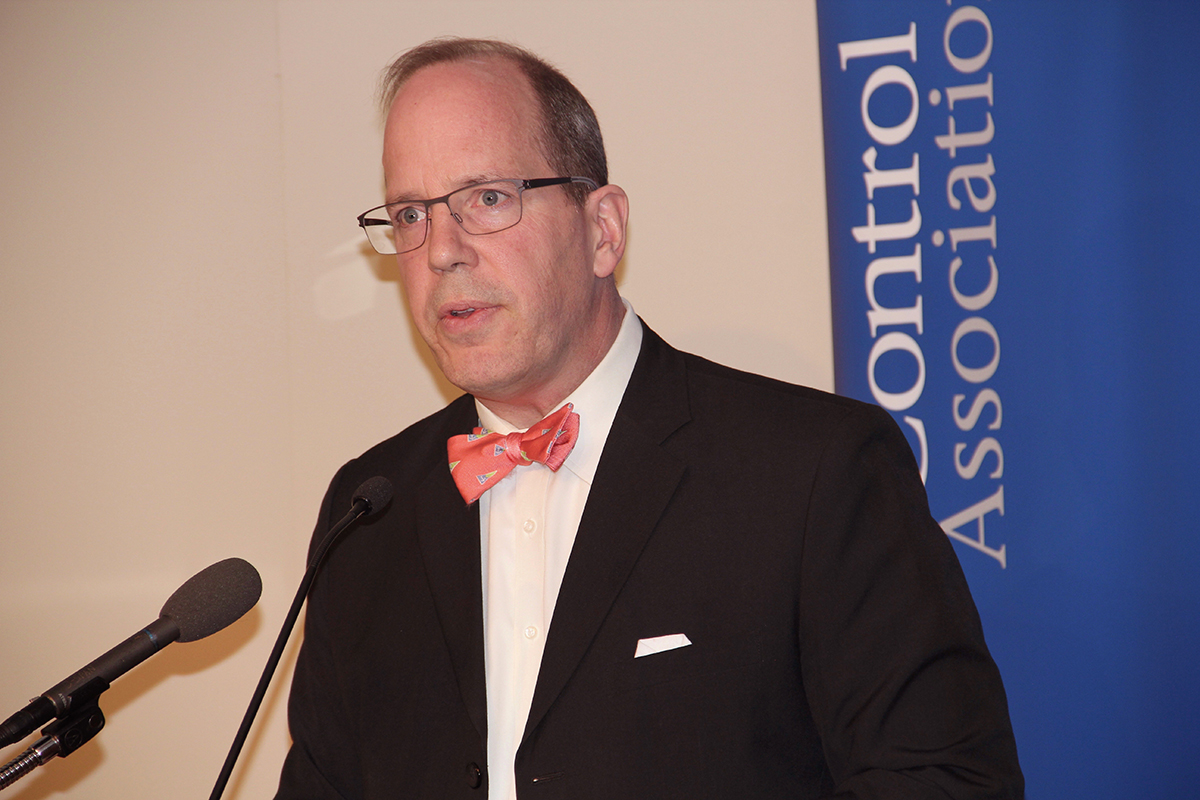 Addressing the Arms Control Association’s annual meeting June 2, Ford said that the White House is considering a “very broad” range of options that go beyond just reconvening the Special Verification Committee, the body established by the treaty for dispute resolution. That group, convened most recently in November 2016, has failed to resolve the issue.

“You would be wrong to conclude that this is an administration likely to be content just with another round of finger waving,” Ford said.

U.S. countermoves could add new strains to the U.S.-Russian relationship, already taxed by Moscow’s military action against Ukraine, Russian involvement in the U.S. elections, and NATO’s buildup of defenses in allies closest to Russia, such as the Baltic states. Russia has disputed the U.S. claim that it has developed and deployed a missile banned under the INF Treaty and has countered with complaints of U.S. violations tied to missile defenses in Europe.

The United States will consult with allies in developing a response, according to Ford, who said a resolution of the issue is needed because of the importance of the INF Treaty to “the future of the arms control enterprise.”

Addressing Russia’s treaty violation is a “top priority” for the Trump administration, Soofer said in testimony June 7 to the Senate Armed Services Committee. He said the United States needs to understand the military capability that Russia gains from fielding the SSC-8 ground-launched cruise missile (GLCM), which the United States says violates the treaty ban on ground-launched ballistic and cruise missiles with ranges of between 500 and 5,500 kilometers.

“We came to the conclusion that there must be some military capability that outweighs the political repercussions of actually violating the INF Treaty,” he said. “So, for Russia, this has a meaningful military capability, and we need to assess what that is and how to address it.”

Soofer noted two reviews underway, one by the Pentagon as part of the Nuclear Posture Review (NPR) and the other by the National Security Council. The latter is examining “steps to place more meaningful pressure on Moscow, both in terms of diplomatic and military measures, to return them to compliance,” according to Soofer.

U.S. Air Force Gen. Paul Selva, vice chairman of the Joint Chiefs of Staff, testified at a congressional hearing in March about the NPR, at which time he publicly confirmed the U.S. view that Russia had deployed the SSC-8 missile. (See ACT, April 2017.)

The Obama administration considered a military response to the Russian violation in 2014, after the State Department initially assessed Russia as having de­veloped and tested a noncompliant GLCM.

In 2014, Brian McKeon, principal deputy undersecretary of defense for policy, described three possible categories of military action at a hearing held by the House Foreign Affairs and Armed Services committees. These consisted of “active defenses to counter intermediate-range ground-launched cruise missiles, counterforce capabilities to prevent intermediate-range ground-launched cruise missile attacks, and countervailing strike capabilities to enhance U.S. or allied forces.” Only some of these options would comply with the treaty.

But even if the Pentagon had the budget for these activities, it is not clear that NATO allies, Japan, or South Korea would cooperate with placing these systems on their territory.

In April, the State Department released its annual assessment of Russian compliance with arms control agreements, in which it repeated its accusation that Russia is violating the INF Treaty and stated that it had submitted “detailed information” to Moscow on the nature of the violation. The Russian Foreign Ministry refuted the allegation and maintained that the United States has not provided adequate evidence to back up the claim. (See ACT, June 2017.)

In remarks at the Arms Control Association meeting, Ford noted the administration’s intent to “re-engage on matters that relate to strategic stability” with Russia. He referred to recent talks on that topic between Secretary of State Rex Tillerson and Russian Foreign Minister Sergey Lavrov.

“On the positive side, in terms of the future of dialogue and engagement on these topics, I believe you probably have seen from the aftermath of the Tillerson-Lavrov meeting in Moscow that there is agreement in principle upon some kind of strategic stability dialogue between the United States and the Russian Federation,” said Ford.—MAGGIE TENNIS