“The Arms Control Association and all of the staff I've worked with over the years … have this ability to speak truth to power in a wide variety of venues.”
– Marylia Kelley
Tri-Valley Communities Against a Radioactive Environment
June 2, 2022
Trump Continues Obama Nuclear Funding

As the Trump administration conducts a comprehensive review of U.S. nuclear weapons policy, its first budget request continues the Obama administration’s costly plans to rebuild the U.S. nuclear triad and its supporting infrastructure.

The Defense Department “must continue with the existing” plans for “recapitalizing” U.S. nuclear forces, Robert Soofer, deputy assistant secretary of defense for nuclear and missile defense, told the House Armed Services Committee on May 25.

Although it remains to be seen whether the administration will make changes following the review, its fiscal year 2018 budget proposal, released on May 23, illustrates the rising cost of the nuclear mission and the challenge those expenses may pose to the administration’s other national security priorities.

A Congressional Budget Office (CBO) report in February estimates that the United States will spend $400 billion on nuclear weapons from fiscal years 2017 through 2026. (See ACT, March 2017.) That is an increase of $52 billion, or 15 percent, from the CBO’s previous 10-year estimate of $348 billion, which was published in January 2015.

The budget office’s latest projection suggests that the cost of nuclear forces could far exceed $1 trillion over the next 30 years.

The Trump administration’s fiscal year 2018 submission contains significant increases for several Defense and Energy department nuclear weapons systems, including increases for some programs above what the Obama administration projected in its final fiscal year 2017 budget submission. The request does not make significant changes to the planned development timelines for these programs. 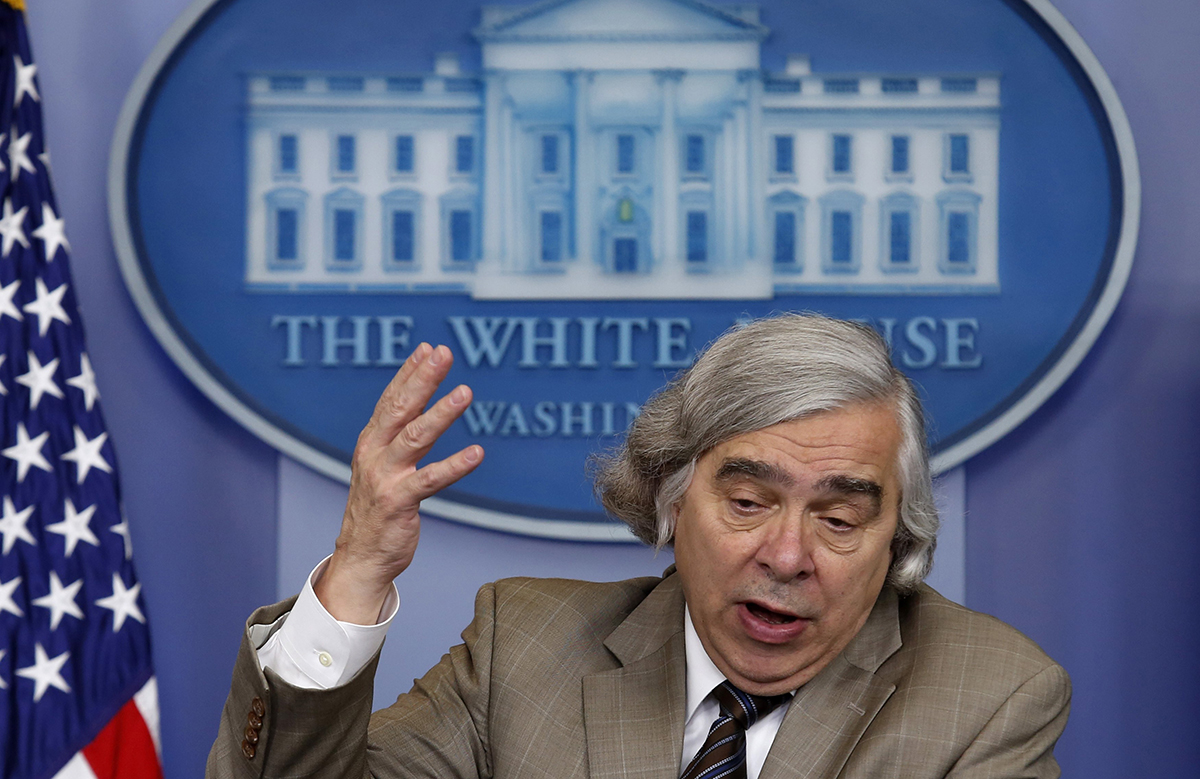 Despite the request for additional funding, none of the additional funds would be spent to accelerate life extension programs for warheads or begin research and design on new warheads. Rather, the increase reflects cost growth in some programs, notably the refurbishment program for the B61 gravity bomb, and a commitment to address infrastructure issues. (See ACT, June 2017.)

The seeds for much of the increase were planted by President Barack Obama’s energy secretary, Ernest Moniz. In a December 2015 letter to the Obama White House, Moniz said that an addi­tional $5.2 billion above the five-year funding plan contained in the fiscal year 2017 budget request would be needed to meet weapons program shortfalls.

In the case of the new ALCM program, known as the long-range standoff weapon, Defense Secretary James Mattis notably has yet to express support for the program. “[C]oming into the job [of defense secretary], that was one of the weapons that I focused on initially,” Mattis told the Senate Appropriations Committee on June 14. “I’ve not yet completed my own review,” he said. “I’ve got to do more study.”

In addition, an independent Pentagon cost estimate conducted last summer found that the cost of the new ICBM program could be more than double the Air Force’s initial estimate. (See ACT, March 2017.)

In a Jan. 27 executive order, President Donald Trump directed Mattis to undertake a Nuclear Posture Review that should “ensure that the United States nuclear deterrent is modern, robust, flexible, resilient, ready, and appropriately tailored to deter 21st-century threats and reassure our allies.”

The review, which commenced in April, is being led by the deputy secretary of defense and the vice chairman of the Joint Chiefs of Staff and includes other agencies and departments. The process is scheduled to produce a final report by the end of the year.

If the Trump administration’s Nuclear Posture Review does not alter the current spending trajectory or accelerates or expands on it, spending on nuclear weapons could pose a threat to other national security programs, including non-nuclear military spending, which Trump has pledged to increase.

Trump has declared his ambition to “greatly strengthen and expand” U.S. nuclear weapons capabilities and has criticized the 2010 New Strategic Arms Reduction Treaty with Russia, suggesting he may be looking to change nuclear policy in significant ways.

What makes the growing cost to sustain the nuclear mission worrisome for military planners is that costs are scheduled to peak during the mid-2020s and overlap with large increases in projected spending on modernization programs for conventional weapons systems.

Numerous Pentagon officials and outside experts have warned about the affordability problem and said that the nuclear spending requirements cannot be sustained without significant increases to defense spending or cuts to other military priorities. For example, a recent report published in April by the Government Accountability Office disputed as “optimistic” the Energy Department’s claim that its long-term plans to sustain and rebuild U.S. nuclear warheads and their supporting infrastructure are affordable. (See ACT, June 2017.) 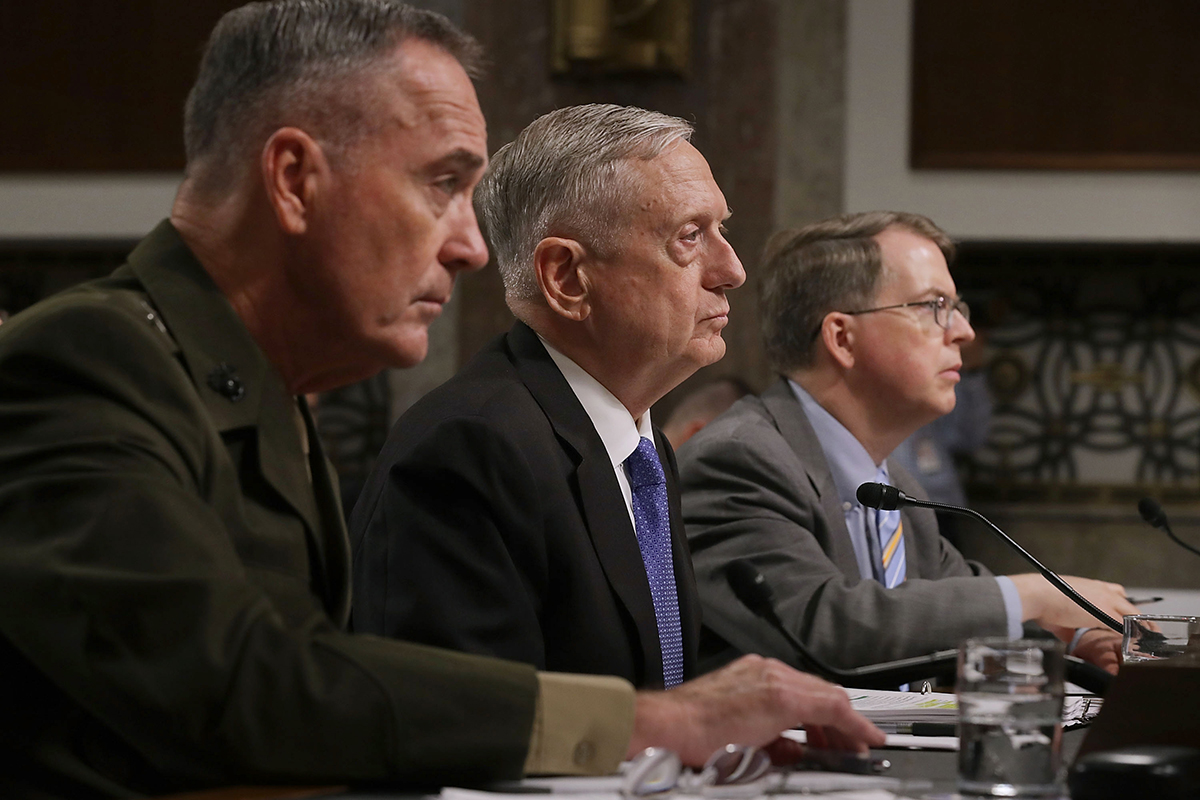 Mattis told the House Armed Services Committee on June 12 that the cost to sustain and upgrade the U.S. nuclear arsenal is affordable if appropriately prioritized.

“I believe that we can…afford survival,” Mattis said.

“We have gone through this [recapitalizing the arsenal] twice before in our history,” Mattis added, referring to major upgrades of the arsenal in the 1960s and 1980s. “Both times, the Congress rose to it.”—KINGSTON REIF