The Trump administration, following in the footsteps of its predecessor, is seeking to end construction of the mixed-oxide (MOX) fuel fabrication plant at the Energy Department’s Savannah River Site in South Carolina, although it remains to be seen if Congress will support the proposal.

The plant, which is under construction, is designed to turn surplus plutonium from the U.S. nuclear weapons program into fuel for power reactors. 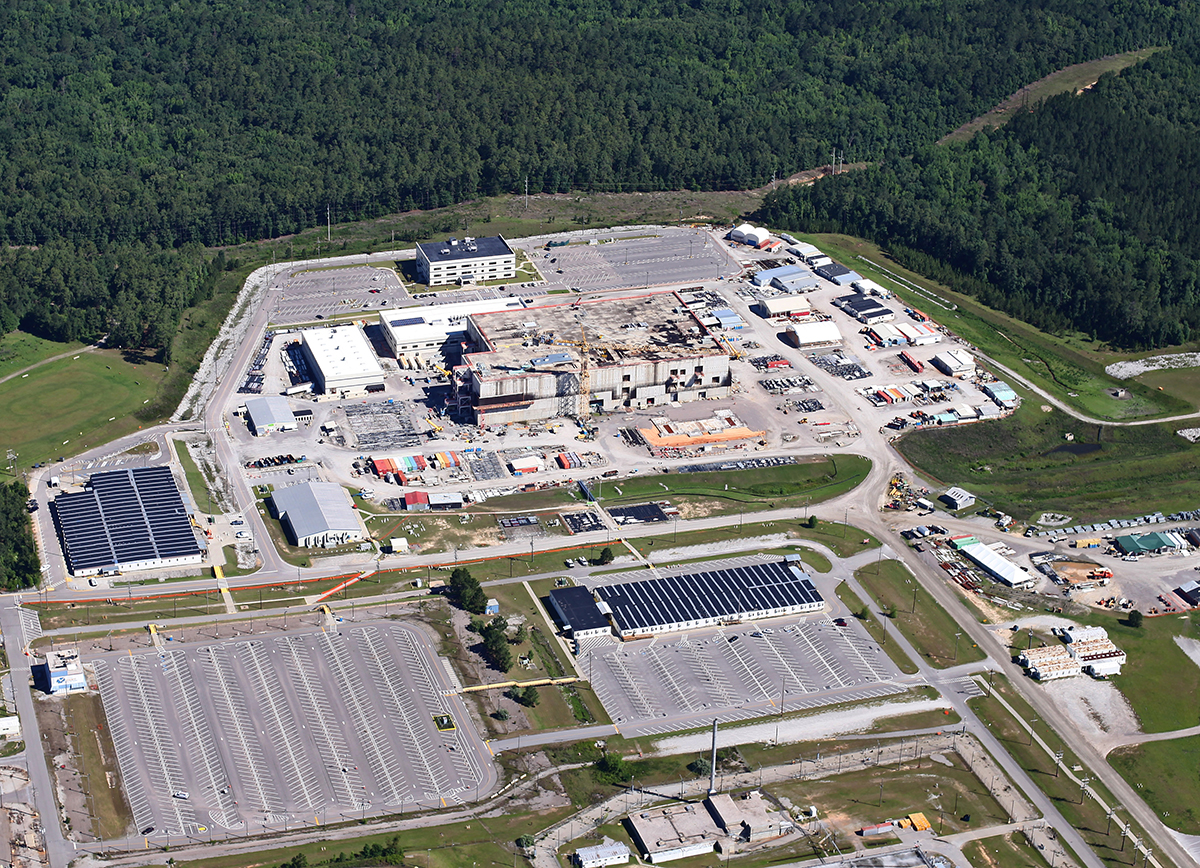 The administration’s fiscal year 2018 budget request, released May 23, would provide $270 million for termination costs. In addition, the administration would spend $9 million for preliminary work on an alternative plutonium-disposition path chosen by the Energy Department and its semiautonomous National Nuclear Security Administration (NNSA).

The proposal is part of the admini­stration’s $1.8 billion request for NNSA nonproliferation programs in fiscal year 2018.

The U.S. effort to dispose of its plutonium via the MOX fuel path has experienced major cost increases and schedule delays that put the project in jeopardy. The NNSA estimates the total construction cost of the project at $17 billion, of which approximately $5 billion has already been spent. The agency projects the annual cost to operate the facility at $800 million to $1 billion.

The alternative “dilute and dispose” process would down-blend the plutonium with an inert material for direct disposal in a repository. That approach can be implemented decades sooner, at a much lower cost, and with fewer risks, according to the NNSA. (See ACT, June 2015.)

The agency plans to spend $500 million to get the alternative approach up and running and $400 million annually to implement it.

Despite the Energy Department’s efforts to terminate the MOX fuel project, Congress, led by the delegation from South Carolina, has refused to abandon it. Congress provided the NNSA with $335 million to continue construction of the MOX fuel plant in fiscal year 2017, rejecting the Obama administration’s proposal to end the project. (See ACT, June 2017.) Congress also provided $15 million, the same as the budget request and an increase of $10 million over the fiscal year 2016 level, to complete design activities for the dilute-and-dispose alternative.

Excluding the MOX fuel program, the Trump administration is asking for $1.5 billion for NNSA nuclear nonproliferation and counterterrorism programs, roughly the same as the fiscal year 2017 appropriation.

When measured against what the NNSA said it would request for these programs in its fiscal year 2017 submission, however, the fiscal year 2018 proposal would provide more than $200 million less than projected. The 2018 request continues a trend of either flat or reduced funding for core NNSA nonproliferation activities. (See ACT, March 2016.)

The largest proposed reduction in the request is to the Global Material Security program, which has the task of improving the security of nuclear materials around the world, securing orphaned or disused radiological sources, and strengthening nuclear smuggling detection and deterrence. The program would get $337 million, a $30 million reduction from the fiscal year 2017 appropriation.

According to budget documents, the decline from the enacted level “reflects a commitment to reduce” unspent money left over from previous fiscal years by spending it in fiscal year 2018, permitting a lower request.

The Material Management and Minimization program, which supports the removal of civilian highly enriched uranium (HEU) and plutonium around the world and converts HEU-fueled research reactors and medical isotope production facilities to the use of low-enriched uranium, would receive $332 million, an increase of $44 million over the fiscal year 2017 appropriation.

Nuclear material removal activities would get $33 million, a decrease of $66 million. The drop is based on “the political and technical challenges that have delayed implementation of several removal efforts including those in Belarus, Iran, Kazakhstan, and Pakistan,” according to budget documents.

Some lawmakers continue to question the wisdom of proposed reductions in funding for NNSA nuclear and radiological security activities.

The fiscal year 2018 budget request “is part of a long and troubling trend,” Sen. Dianne Feinstein (D-Calif.) said at a Senate Appropriations Committee hearing June 14. Although the NNSA’s nuclear weapons program “has increased a staggering $3.8 billion” since 2010, Feinstein said, “the nonproliferation program has seen a $343 million decrease.”

“Troublemaking by Russia, the rise of the Islamic State, and nuclear provocation by North Korea—tell me now is not the time to let down on nuclear security,” Feinstein added.—KINGSTON REIF