North Korea crossed a technical and political threshold with the successful test of its first intercontinental ballistic missile (ICBM), which experts assess could target parts of the United States.

The development raises the stakes as North Korea demonstrates advances in its nuclear and missile capabilities in defiance of UN Security Council resolutions and other international efforts. The July 4 test occurred just days after U.S. President Donald Trump and South Korea President Moon Jae-in, meeting on June 30 at the White House, issued a joint statement that called on North Korea to refrain from provocative actions and pledged cooperation to achieve denuclearization of the Korean peninsula. 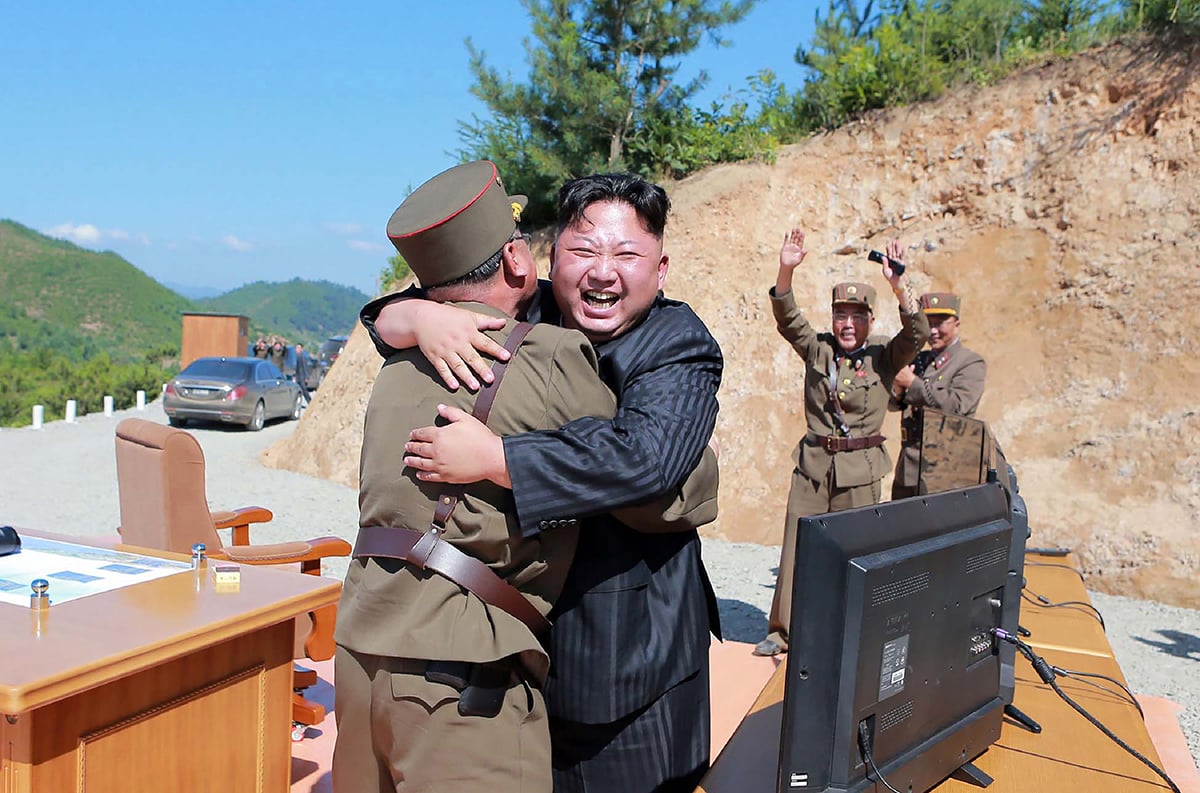 North Korean leader Kim Jong Un called the test “another brilliant victory of the Korean people in their struggle against the U.S.-led imperialists,” according to the government-run Korean Central News Agency (KCNA). Kim was cited as saying that his country “would neither put its nukes and ballistic rockets on the table of negotiations…nor flinch even an inch from the road of bolstering the nuclear force chosen by itself unless the U.S. hostile policy and nuclear threat to [North Korea] are definitely terminated.”

The two-stage missile, designated the Hwasong-14, was tested at a lofted trajectory and splashed down in the Sea of Japan about 930 kilometers from the launch site. John Schilling, an aerospace engineer and analyst for the website 38 North, said in a July 6 press call that the missile’s range, if flown at a standard trajectory and in an eastward direction that takes advantage of the earth’s rotation, could be 7,000 to 8,000 kilometers.

That puts the Hwasong-14’s capability well beyond the 5,500 kilometer threshold for an ICBM and would allow North Korea to target Alaska (5,800 kilometers) and Hawaii (7,400 kilometers). Schilling said it is possible that North Korea could make performance improvements to extend the range to between 9,000 and 9,500 kilometers, which would cover the U.S. West Coast. Striking the U.S. East Coast would require a three-stage ICBM, he said.

Pentagon spokesman Capt. Jeff Davis said that the range of the missile and its mobile launch platform were North Korean capabilities that the United States had not seen previously. North Korea’s ICBM capability still considered limited because Pyongyang has not shown a successful re-entry vehicle nor the ability to fit a warhead onto the missile, he said.

In a July 5 statement, KCNA said that the ICBM can carry a “large-sized heavy nuclear warhead.” Schilling said that, in the near term, North Korea could use a basic type of re-entry vehicle called a blunt body that is less accurate but easier to engineer than newer types. Despite North Korea’s potential ability to mate a warhead with the ICBM, Schilling noted that the missile would be unreliable, particularly if launched under the time pressures of combat conditions.

At a UN Security Council meeting July 5, U.S. Ambassador Nikki Haley said the United States is working on a resolution that “raises the international response in a way that is proportionate to North Korea’s new escalation.” Without providing details, she said that the international community can cut off “major sources” of hard currency, restrict oil for military programs, and increase maritime restrictions for North Korea.

China and Russia issued a joint statement condemning the test and urging the United States along with North Korea and all other states to “refrain from provocative actions.”

China and Russia also proposed a deal in which North Korea freezes missile and nuclear testing in exchange for the United States suspending military exercises with South Korea, reprising a Chinese initiative that the United States rejected in March. North Korea made a similar “freeze for freeze” proposal in January 2015 that Washington turned down as “inappropriately” linking U.S. defense exercises and North Korea’s prohibited nuclear and missile activities. (See ACT, March 2015.)—KELSEY DAVENPORT