The Trump administration is undertaking a congressionally mandated review of the U.S. approach toward missile defenses that could significantly alter long-standing policy and have far-reaching implications for the U.S. strategic relationship with Russia and China. 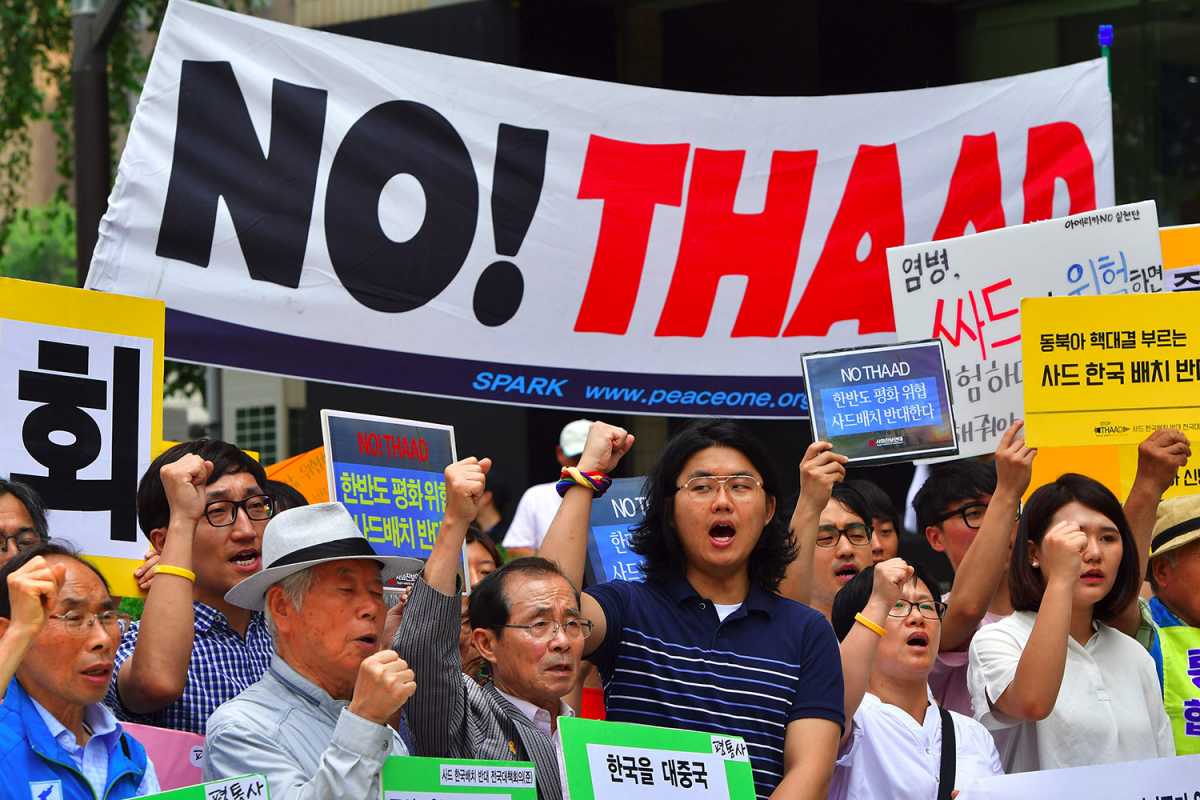 Despite this limited initial direction, the review is likely to cast a wide net.

The fiscal year 2017 National Defense Authorization Act, which President Barack Obama signed into law last December, requires the Defense Department to conduct a broad review of missile defense policy and strategy, including programs and capabilities to defeat ballistic missiles before and after launch, as well as to defeat cruise missiles and hypersonic glide vehicles. The bill mandates that a report describing the results of the review be completed by the end of January 2018.

Gen. John Hyten, the commander of U.S. Strategic Command, told the Senate Armed Services Committee on April 4 that the Pentagon review will begin “soon” and take six months to complete.

For nearly two decades, U.S. ballistic missile defense policy has been guided by protection of the homeland against limited, long-range missile strikes from states such as Iran and North Korea and not from major nuclear powers Russia and China.

The missile defense system designed to provide this limited protection is known as the Ground-Based Midcourse Defense (GMD) system. It consists of ground-based interceptor sites in Alaska and California. The Obama administration announced in 2013 that it would increase the total number of interceptors from 30 to 44 by the end of fiscal year 2017.

There have been serious concerns about the viability of the GMD system since it was rushed into service in 2004 by the administration of President George W. Bush. Nevertheless, in a significant departure from long-standing U.S. policy, the Republican-led Congress voted in December to expand the declared role of U.S. national missile defenses by revising a 1999 law expressing the “limited” purpose of U.S. defenses. (See ACT, January/February 2017.)

It remains to be seen whether the Trump administration will push on the door opened by Congress and seek to protect the U.S. homeland from missile attacks by Russia and China. In a sign that this policy change could be on the table, Trump has nominated David Trachtenberg, a former Pentagon official during the Bush administration, to be principal deputy undersecretary of defense for policy.

Trachtenberg, who will play a major role in the missile defense review, wrote last year that “continued American vulnerability to Russian nuclear missiles is unacceptable.” 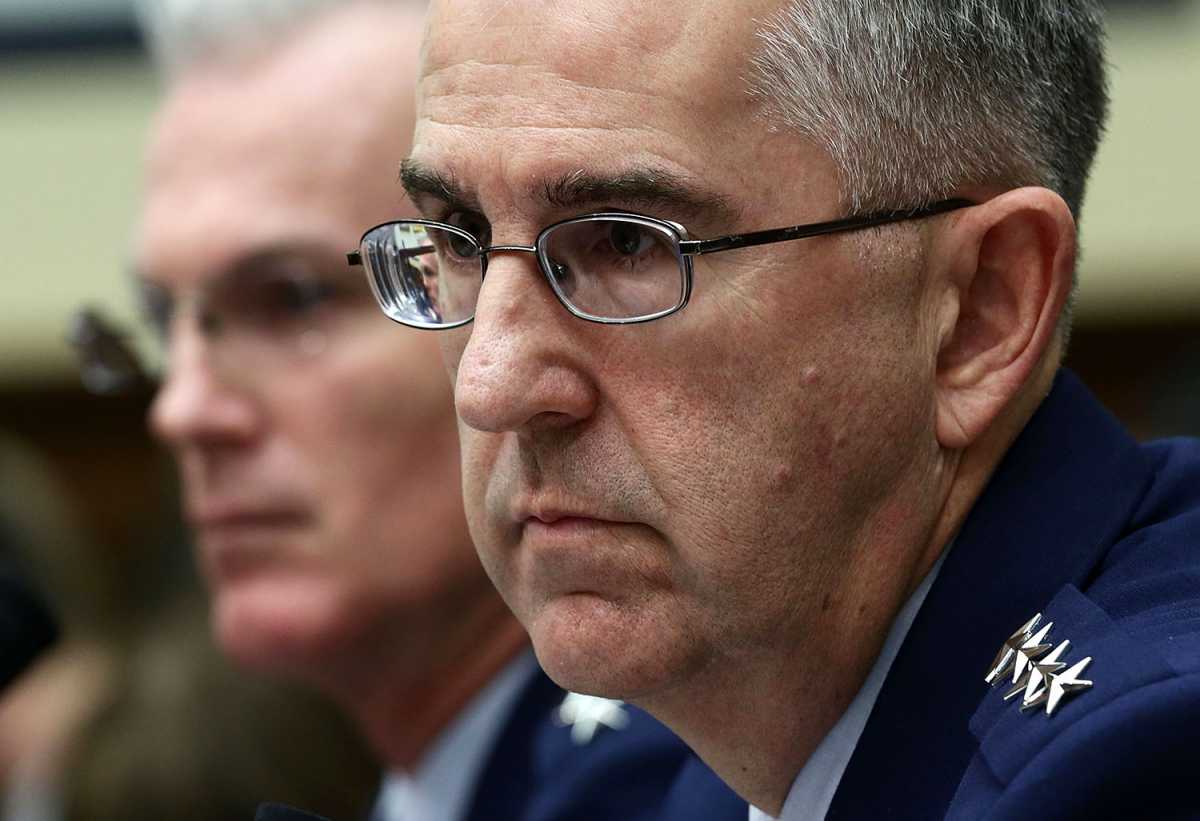 But any decision to abandon the “limited” condition will likely encounter significant technical, financial, and geopolitical obstacles. Previous administrations have not depended on missile defenses for strategic deterrence of Russia “because it would simply be too hard and too expensive and too strategically destabilizing to even try,” Adm. James Winnefeld, former vice chairman of the Joint Chiefs of Staff, said in a May 2015 speech in Washington.

Even if the review opts not to take this far-reaching step, it could nonetheless call for expanding the GMD system to address the North Korean nuclear challenge. North Korea’s nuclear and ballistic missile programs have accelerated in recent years, and many experts anticipate that North Korea could test an operational intercontinental ballistic missile sometime this year. (See ACT, April 2017)

One option to expand the system is to build a third GMD site in the eastern United States. (See ACT, January/February 2017.) During the Obama administration, Pentagon officials repeatedly stated that there is no military requirement for a third site and that the estimated $3–4 billion price tag would be better spent to implement plans to upgrade the existing ground-based interceptors and long-range sensors designed to identify and track ballistic missiles. (See ACT, April 2016.)

The Trump administration’s missile defense review will also evaluate what priority to place on missile defense programs to protect U.S. allies and forward-deployed troops. The Obama administration put in place a new defense architecture for Europe, known as the European Phased Adaptive Approach, designed to protect the continent against short-, medium-, and intermediate-range ballistic missiles launched from Iran.

The controversial third phase of the European missile defense plan is scheduled to become operational in 2018. (See ACT, June 2016.) This phase will consist of an Aegis Ashore site in Poland equipped with the Standard Missile-3 (SM-3) Block IIA interceptor.

The Trump administration could choose to accelerate construction of the Polish site or deploy more interceptors at the site than the Obama administration had planned but it is unclear whether other NATO allies would support such a move. Such steps would also infuriate Russia, and Trump has said he hopes to improve Washington’s relationship with Moscow.

Alternatively, the administration could consider scaling back the plans for the Polish site as a result of the July 2015 nuclear agreement with Iran, which is intended to prevent Iran from obtaining a nuclear weapon for at least the next 15 years if not indefinitely.

As for missile defenses in Northeast Asia, the administration could try to augment defenses against North Korea by deploying additional Terminal High Altitude Area Defense (THAAD) batteries in the region. It could also examine whether to increase the defense of U.S. allies against China’s growing regional missile capabilities.

Given the strong opposition China has registered against the Obama administration’s decision to deploy the THAAD system to South Korea, where its radar system could “see” into Chinese territory, Beijing would likely react even more harshly to further deployments, especially if they are directed explicitly at diminishing China’s missile potential.

In a departure from its direction to the Obama administration, Congress asked the Defense Department to assess options to enhance defense of the U.S. homeland against cruise missiles.

These efforts have lacked direction and funding relative to the ballistic missile defense mission.

Pentagon officials have warned in recent years about Russia’s development of long-range, air- and sea-launched cruise missiles, the difficulty of detecting cruise missile launches, and the inadequacy of current defenses against these missiles. The review could also consider measures to respond to Russia's alleged deployment of a ground-launched cruise missile in violation of the 1987 Intermediate Range Nuclear Forces (INF) Treaty.

As it undertakes its review of missile defenses, the Trump administration inherits a number of advanced technology developmental efforts to ensure the system stays ahead of foreign missile threats. High-ranking military officials have expressed concern that the current U.S. strategy to defeat adversary ballistic missiles is “unsustainable.” (See ACT, April 2016.)

The new technologies include airborne lasers to zap missiles in the early stages of their flight and a new “multi-object kill vehicle” to allow a single missile defense interceptor to destroy multiple targets. In addition, the Pentagon has been working on technology, including electronic warfare tools, to defeat ballistic missile threats before they are launched, which some observers think has already been employed to disrupt North Korea’s ballistic missile tests.

The Trump administration is likely to continue if not accelerate these efforts. But while the United States is moving ahead on the development of multiple new missile defense capabilities, there appears to be very little analysis within the government and the scholarly community about how other nuclear-armed states might respond.