This year marks 65 years since the first Disarmament Commission was established by the UN General Assembly. Its mission was to address the international community’s “anxiety at the general lack of confidence plaguing the world and leading to the burden of increasing armaments.” This mission is valid now more than ever. 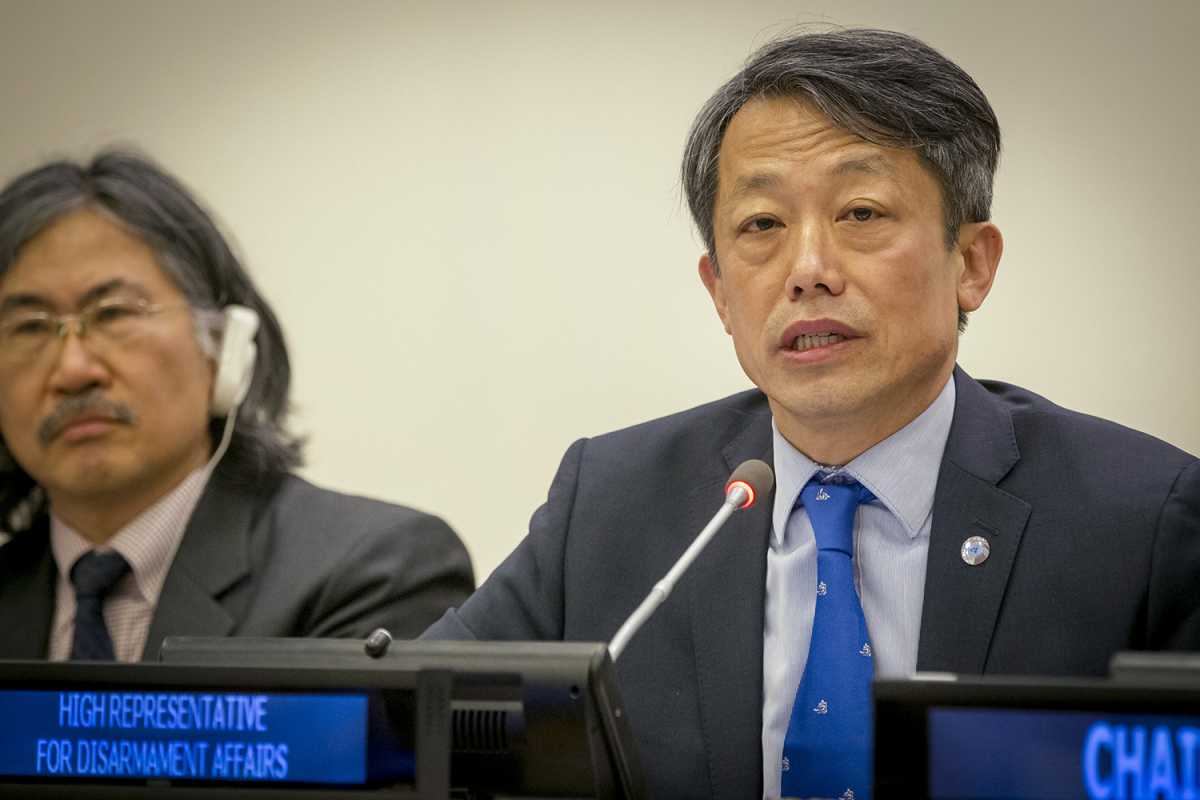 We are witnessing rising global and regional tensions, new and destabilizing arms competitions in strategic and conventional weapons, worrying policy trends that threaten to roll back the gains made since the end of the Cold War, and a dearth of outcomes from disarmament institutions, including this body. We need to work harder to reverse these trends.

We have seen the emergence of new technologies with the potential to negatively impact international peace and security. These comprise high-end weapons systems and new applications for the revolutionary technologies that have primarily been pursued by the private and academic sectors. From cybersecurity and artificial intelligence to hypersonic missiles, these technologies create a double blurring of the line between strategic and nonstrategic weapons and between nuclear and non-nuclear conventional weapons.

Addressing these new trends requires a comprehensive approach. In this connection, our goals have always been broader than eliminating or restricting single categories of weapons. Disarmament was meant as an integrated approach to address the larger problem of war and to facilitate arrangements for the collective maintenance of international security. This session has an opportunity to revitalize this approach.

Now I would like to address issues related to outer space. This is an area that is especially ripe for consideration. Its recent history is promising. The group of governmental experts on transparency and confidence-building measures, established by the UN General Assembly at Russia’s initiative in 2012, successfully concluded its work in 2013. The subsequent General Assembly resolution was jointly sponsored by China, Russia, and United States—a rare display of unity on a strategic issue of such magnitude. The First and Fourth committees of the General Assembly in October 2015 held their first ever joint, ad hoc meeting on addressing the challenges of outer space security and sustainability. The meeting showed how much work remains to be done to reconcile competing views. Nevertheless, it provided a useful opportunity to debate these differences and search for common ground. Achieving the implementation of transparency and confidence-building measures for outer space would be an indispensable step toward the prevention of an arms race in outer space.

I would note the important events taking place this year in the field of nuclear disarmament and nonproliferation. The [meeting of the] Disarmament Commission falls exactly in the middle of two of them: the negotiations on a legally binding instrument to prohibit nuclear weapons, leading toward their total elimination, and the commencement of the crucial 2020 Nonproliferation Treaty review cycle. Therefore, we have good opportunities for action on numerous fronts in a busy disarmament agenda.

Kim Won-soo is UN undersecretary-general and high representative for disarmament affairs. This piece is adapted from his April 3 opening remarks at the 2017 session of the UN Disarmament Commission.