The United States is considering broader sanctions on North Korea, although it is unclear how effective the additional measures will be in curbing Pyongyang’s expanding nuclear and ballistic missile programs and in pushing North Korea to negotiate restrictions on these programs. 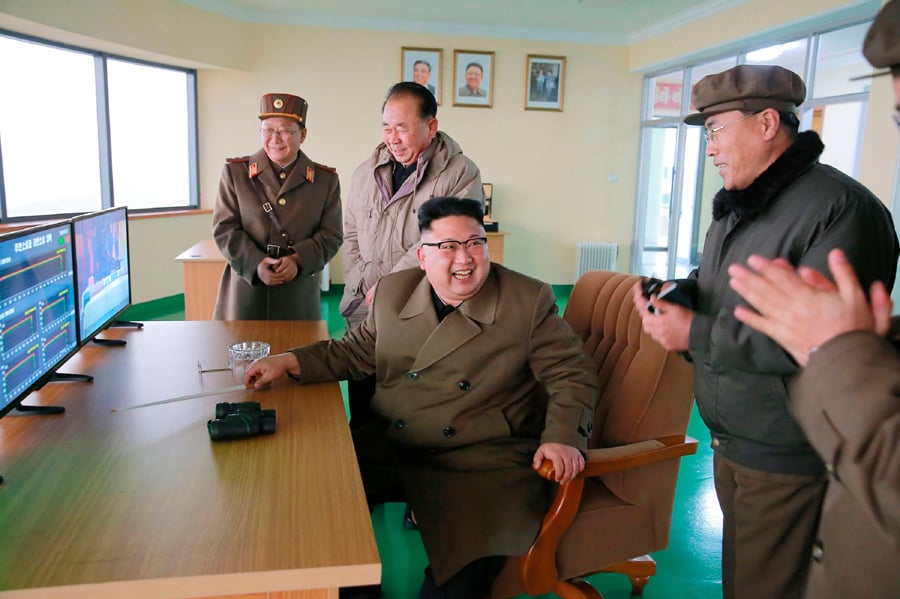 The accelerating pace of North Korea’s ballistic missile and nuclear weapons programs is bringing renewed urgency to efforts to pressure Pyongyang to return to denuclearization negotiations before it tests a nuclear-capable intercontinental ballistic missile, which President Donald Trump indicated in a January tweet would cross what he considers a red line. “It won’t happen,” he declared in the three-word tweet, and he has met several times since then with his national security team to develop a new strategy on North Korea.

Trump has yet to provide details on his administration’s overall North Korea strategy or the role that sanctions will play in achieving his objectives. If Trump chooses to pursue talks, his administration has various options, such as seeking an interim agreement designed to freeze North Korea’s nuclear and missile programs until a more comprehensive agreement is reached or negotiating a denuclearization agreement at the outset. Absent a clear objective for the sanctions regime, it will be difficult to assess the value of additional restrictions, although there is some value in imposing sanctions to demonstrate to Pyongyang that there is a cost to flouting its international obligations.

Pyongyang is already subject to UN sanctions for its continued development of nuclear weapons and ballistic missiles in defiance of UN Security Council prohibitions, including Resolutions 2270 and 2321, passed in 2016 in response to North Korean nuclear tests. Some countries, including the United States, have imposed their own sanctions on Pyongyang for these activities.

The Trump administration and Congress are considering additional sanctions in response to recent North Korean provocations such as its missile launches on Feb. 12 and March 6. (See ACT, March 2017.) A senior U.S. official was quoted by Reuters on March 21 saying that the administration is considering “broad sanctions” against North Korea that may include measures to increase pressure on Chinese banks and firms that do business with Pyongyang.

This is consistent with recent comments from Secretary of State Rex Tillerson. Tillerson said in his confirmation hearings in January that he supported additional sanctions to fill gaps in the existing sanctions regime on North Korea. During a March 17 press conference in Seoul, he told reporters that “all options are on the table” for dealing with North Korea’s nuclear activities, ranging from sanctions to pre-emptive military action.

Members of Congress are also calling for additional restrictions. In a Feb. 14 letter to Treasury Secretary Steven Mnuchin, Sens. Cory Gardner (R-Colo.) and Ted Cruz (R-Texas) called for the United States to take actions that, if enforced, “could more effectively cut off North Korea’s access to the hard currency it uses to finance its illicit nuclear program.” The suggested actions include investigating whether North Korea “merits re-designation as a state sponsor of terrorism,” enforcing penalties against banks that provide correspondent services to North Korean banks, denying North Korean banks access to financial messaging services, investigating Chinese banks that conduct transactions with North Korea for violations of U.S. law, and freezing assets of any Chinese entity with assets in the United States that is importing coal from North Korea. Four other Republicans signed the letter.

Pursuing additional sanctions may not be the best tactic for influencing North Korean behavior, particularly given the poor enforcement of existing measures. Andrei Lankov, a professor at Kookmin University in Seoul, said on March 21 at the Carnegie Nuclear Policy Conference that “sanctions are highly unlikely to work” and noted that, despite an uptick in restrictions on Pyongyang, North Korea’s economy is improving under Kim Jong Un.

Andrea Berger, a senior program manager at the James Martin Center for Nonproliferation Studies, said at the same event that assessing the sanctions’ effectiveness depends on their objectives. She said sanctions have not been very effective in encouraging North Korea to resume negotiations on its nuclear program, but noted that there are critical subsidiary objectives for sanctions, such as preventing North Korea from accessing technologies for its programs and stemming North Korea’s illicit trade networks.

The Obama administration’s approach to North Korea put a return to negotiations on denuclearization as the objective of the sanctions regime. The policy, known as strategic patience, included increasing pressure on Pyongyang through sanctions, while stating a willingness to resume negotiations after North Korea takes steps toward denuclearization.

One expert on North Korea sanctions, who formerly served on a Security Council panel of experts in charge of assessing implementation of UN sanctions, criticized the Obama administration’s approach. In a March 21 email, he said that, without “buy-in on enforcing sanctions” from the international community and “an offer of carrots” for Pyongyang, sanctions alone were unlikely to influence North Korean behavior.

The expert, who asked not to be named because he holds a position in government, said he is not optimistic that sanctions would work any better for a Trump administration, particularly prior to developing a strategy toward North Korea. He said that “sanctions are tool, and tools work best if you know what you’re trying to build” and Trump does not have a clear plan.

Although there may be limits to the effectiveness of additional sanctions, focusing on enforcement of existing measures could curb Pyongyang’s access to the materials and technologies necessary for advancing its nuclear and missile programs.

North Korea has developed a range of domestic capabilities for producing sensitive dual-use technologies, but it still relies on imports of certain technologies for its rockets. Analysis of debris recovered by South Korea from the rocket used by North Korea to launch a satellite in February 2016 shows that Pyongyang is using certain components sourced to foreign countries, including pressure transmitters manufactured in the United Kingdom.

Berger also described the current sanctions regime as “a sieve” and said that the focus should be on building capacity to enforce existing measures, such as ensuring that countries have the domestic legal frameworks for implementing UN measures.

China is frequently cited for poor enforcement of UN sanctions on North Korea. China accounts for about 80 percent of North Korea’s trade and has tended to resist moves in the Security Council to increase sanctions, in part reflecting its long-standing concerns about triggering instability and a humanitarian crisis in the neighboring country. 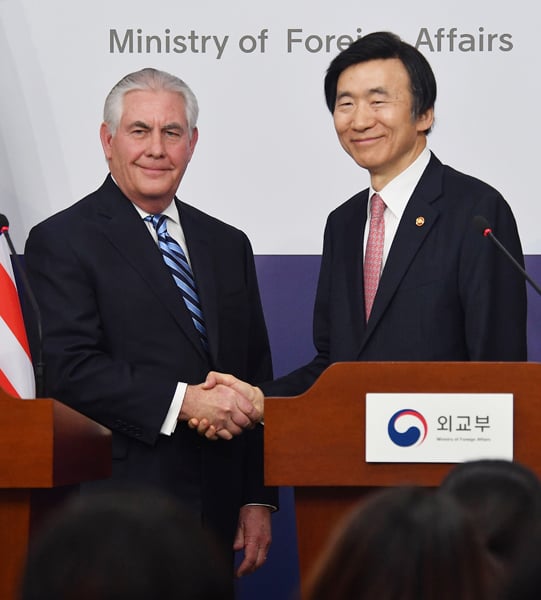 Beijing has complied recently with caps set by UN Security Council sanctions on imports of North Korean coal, Pyongyang’s largest export item. China said in February that it was suspending all imports of coal from North Korea for the rest of the year.

But the former panel member said that it is too early to say if Beijing’s compliance is “merely cosmetic or signals a shift” in sanctions enforcement. He noted although coal imports from North Korea were cut, China continued its imports of certain metals in early 2017. Security Council Resolution 2321, passed in September 2016, bans countries from importing copper, nickel, silver, and zinc from North Korea. In assessing China’s performance, he said, the “real test is time.”

China is not the only country that can take steps to enhance enforcement of UN sanctions. Only 76 states reported to the Security Council on their implementation of the March 2016 sanctions resolution on North Korea. That is an increase in reporting since the prior resolution, but a majority of states fail to provide information about efforts to implement UN restrictions.

The most recent report from the panel of experts that assesses implementation of UN sanctions for the Security Council recommended steps to improve global compliance. One was that countries “rigorously implement the now legally binding ‘catch-all’ provision for items which could contribute to the country’s nuclear or ballistic missile programmes.”

Another former member of the panel of experts, George A. Lopez, wrote in a March 13 column for the Bulletin of the Atomic Scientists that the February report’s recommendations “go beyond the weak, oft-heard call that nations must increase their vigilance in enforcing sanctions.”

Lopez noted that the report recommends that states “clarify their methods of implementing sanctions where trade in minerals is concerned; share more information regarding cases of sanctions evasion; and regularly update their lists of companies and ships that adopt aliases to avoid identification as they pursue illicit activities.”