“Over the past 50 years, ACA has contributed to bridging diversity, equity, inclusion and that's by ensuring that women of color are elevated in this space.”
– Shalonda Spencer
Women of Color Advancing Peace, Security, and Conflict Transformation
June 2, 2022
Trump Faces Risks With Iran Sanctions

As the Trump administration says it is weighing additional sanctions on Iran, some of the measures reportedly being considered could endanger the landmark nuclear accord between Tehran and world powers and hurt U.S. national security interests. 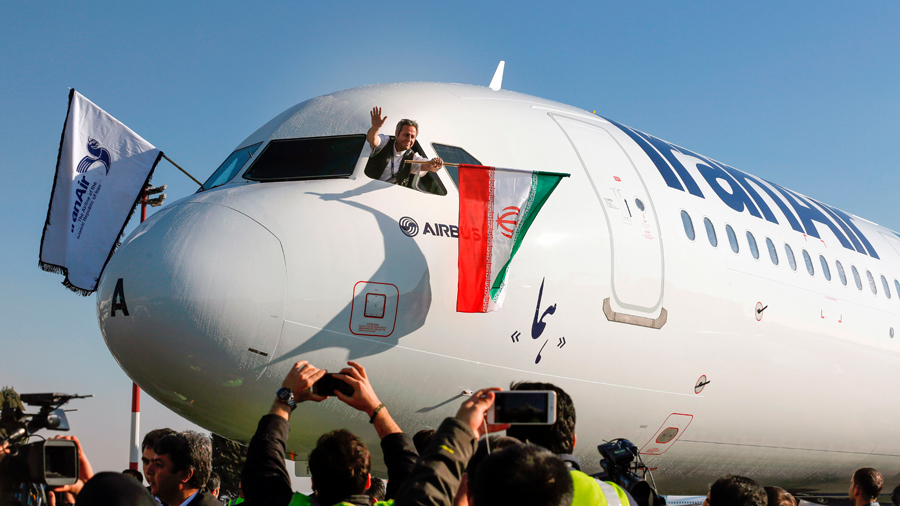 To continue to fulfill its responsibilities under the deal, which was negotiated between Iran and six countries known as the P5+1 (China, France, Germany, Russia, the United Kingdom, and the United States), the United States will need to continue to waive sanctions if Iran remains in compliance. A key decision point comes in late May, when the Trump administration for the first time will need to reissue the sanctions waivers that carried over from the Obama administration.

EU foreign policy chief Federica Mogherini, who coordinated the P5+1 position during negotiations and now oversees implementation for the group, met with officials at the U.S. State Department and White House in early February. Afterward, she told reporters that “the United States is committed to the full implementation” of the nuclear deal.

Yet, statements by President Donald Trump, who has repeatedly denounced the agreement as “one of the worst deals” ever negotiated, and some members of Congress call Washington’s commitment into question.

There are reports that the administration is considering whether to designate the Islamic Revolutionary Guard Corps (IRGC), Iran’s most powerful security and military organization, as a foreign terrorist organization.

Certain IRGC individuals and elements already are subject to sanctions for activities outside the scope of the nuclear deal, such as missile proliferation and support for terrorism. In August 2015, Adam Szubin, acting U.S. undersecretary of the Treasury for terrorism and financial intelligence, testified to Congress that the nuclear accord did not relieve such sanctions against the IRGC “or any of their subsidiaries and senior officials.”

A decision by the Trump administration to designate the entire IRGC organization, which wields major economic and political influence in Iran, would complicate U.S. goals in the Middle East and have ramifications for the nuclear deal.

Although the United States retains the ability under the deal to impose further sanctions for activities such as support for terrorism or ballistic missile development, Washington committed to “refrain from any policy specifically intended to directly and adversely affect the normalization of trade and economic relations with Iran.” If the IRGC is designated a foreign terrorist organization, anyone conducting transactions with an entity in which the IRGC holds an interest, which covers many areas of the Iranian economy, would be subject to U.S. sanctions.

A European official from one of the states that participated in the nuclear negotiations told Arms Control Today in a Feb. 21 email that designating the IRGC as a foreign terrorist organization would “likely kill the deal, as investment and trade with Iran would be increasingly difficult given that the IRGC holds interests in so many sectors of the Iranian economy.”

Beyond endangering the nuclear deal, a broad sanctions designation against the IRGC could have damaging regional implications, including in neighboring Iraq, which relies on military help from the United States and the IRGC and where the IRGC could become a renewed threat to U.S. forces. Some analysts warn that further U.S. sanctions could strengthen hard-liners heading into the May 2017 Iranian presidential elections, as well as complicate international efforts to resolve conflicts in places such as Syria and Yemen, where the IRGC is active.

These factors, which do not rule out the application of further sanctions, highlight that that close consideration will be needed to the consequences of additional measures and to possible alternatives. Twice since the deal was fully implemented in January 2016, the United States has issued new designations on individuals and entities involved with Iran’s ballistic missile program.

The nuclear deal, does not cover ballistic missile tests; but UN Security Council Resolution 2231, which endorsed the deal and lifted most UN sanctions, “called” on Iran to refrain from testing ballistic missiles “designed to be capable of delivering nuclear weapons.”

Despite this inclusion, Iran has continued to test ballistic missiles. Its most recent test on Jan. 29 involved a missile with a range and payload that fits into the definition of nuclear capable, meaning it can deliver a 500-kilogram payload a distance of more than 300 kilometers. That test drew rebukes from Washington and European capitals, asserting the test was inconsistent with the spirit of Resolution 2231. Iran countered that the missile is permitted because it is not “designed” to carry a nuclear warhead. 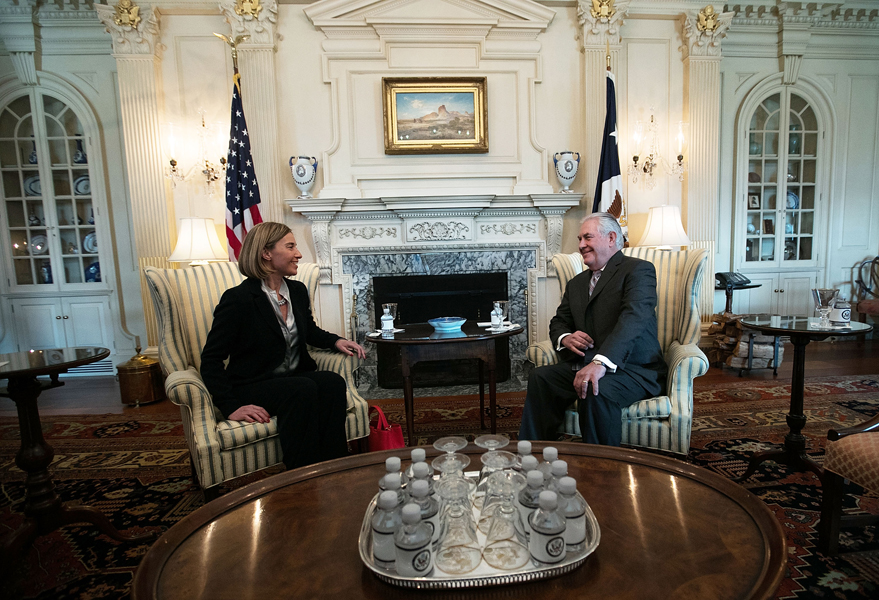 Following that test, the United States issued designations on individuals and entities under Executive Order 13382, “which targets proliferators of weapons of mass destruction and their means of delivery and supporters of such activity,” according to the Feb. 3 Treasury Department press release. A senior official in a White House-arranged call to reporters said that the designations were made “outside” of the nuclear deal and that the United States “continues to implement its commitments” under the deal.

The official, who spoke under terms requiring anonymity, affirmed that none of the entities designated on Feb. 3 were on the list of individuals and entities the nuclear deal delisted. Relisting entities could constitute a violation of Washington’s commitment not to reimpose certain sanctions.

President Barack Obama issued similar designations in response to ballistic missile activities in January 2016, the day after the nuclear deal was fully implemented. The Obama administration, however, retained communications with Iran after the negotiations were completed and was able to communicate directly that, despite the designation actions, Washington remained committed to the agreement.

Talk from the Trump administration about scrapping or renegotiating the nuclear agreement sends mixed signals to Iran about the intentions of additional sanctions. “One of the worst deals I’ve ever seen is the Iran deal,” Trump said in opening remarks at a White House news conference Feb. 15 with Israeli Prime Minister Benjamin Netanyahu. “My administration has already imposed new sanctions on Iran, and I will do more to prevent Iran from ever developing—I mean ever—a nuclear weapon.”

It also sends mixed signals to anxious allies, whose support is needed in dealing with Iran. Washington’s P5+1 partners and Iran cannot “learn about Trump’s policy toward the deal over social media,” the European official said in his email. He urged the new administration to maintain close coordination with the P5+1 partners and to establish clear lines of communication with Iran to “prevent mixed messages” about U.S. intentions toward the agreement.