The high end of an independent Pentagon cost estimate to design and build a replacement for the Minuteman III intercontinental ballistic missile (ICBM) system put the project at roughly $100 billion after adjusting for inflation, an informed source told Arms Control Today. 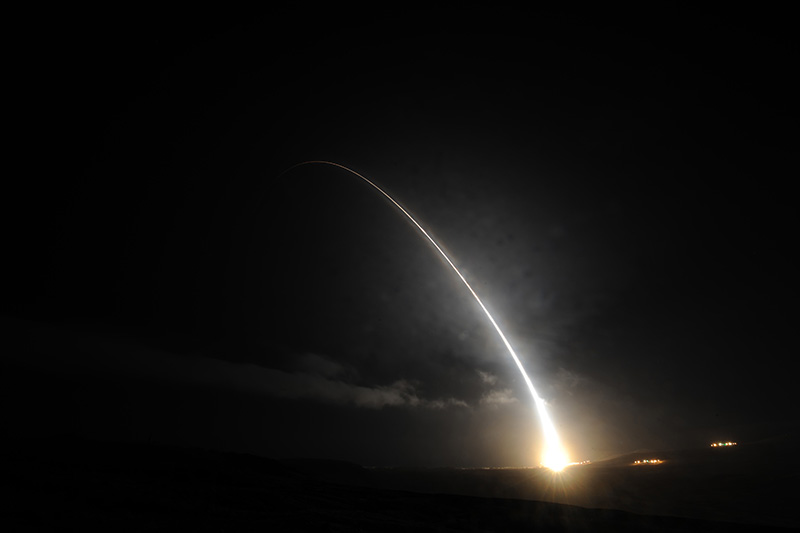 The $100 billion figure in the estimate completed last August is more than 60 percent greater than the $61 billion cost set last summer by the Defense Department’s top acquisition official in advancing the new ICBM program. His announced figure was at the low end of the independent projection and, even so, exceeded the initial cost estimate produced by the Air Force. (See ACT, October 2016.)

At the high end of the estimate, recapitalizing the Minuteman III could be more expensive than replacing the nation’s aging fleet of nuclear ballistic missile submarines and exacerbate the affordability challenge posed by current plans to modernize U.S. nuclear forces.

The independent estimate was prepared by the Pentagon’s Office of Cost Assessment and Program Evaluation (CAPE) in support of the program’s so-called milestone A decision, a key early benchmark in the acquisition process. Frank Kendall, former undersecretary of defense for acquisition, technology, and logistics, approved the milestone A decision on Aug. 23, the Air Force announced in a Sept. 1 press release.

CAPE provides the Defense Department with detailed analysis of the costs of major acquisition programs. The office’s estimate for the missile program, known as the Ground-Based Strategic Deterrent (GBSD), is measured in fiscal year 2016 constant dollars. When measured in then-year dollars, which includes inflationary increases expected over the period to acquire the new ICBM system, the low CAPE estimate translates to $85 billion while the high estimate could top $140 billion, according to the source.

The Air Force in 2015 published a preliminary cost estimate of $62.3 billion in then-year dollars for the replacement program. (See ACT, July/August 2015.) That estimate covered a 30-year time horizon. The time period covered by the CAPE projection is unclear.

Even at the level of the CAPE low estimate, the Pentagon will need to find more than $1 billion in additional funding to pay for the GBSD system than it anticipated in the fiscal year 2017 budget request, which was based on the Air Force projection.

The dueling Air Force and CAPE estimates reflect both the different assumptions used to estimate the cost of the new ICBM program and the significant uncertainty about program costs.

Morin added that “it was unusually difficult to estimate the cost of a new ICBM program because there was no recent data to draw upon, and the older historical data was of very questionable quality or was nonexistent.”

“This leads to considerable uncertainty and risk in any cost estimate,” he said.

In an interview last fall with Defense News, Morin said the biggest driver of the difference between the low- and high-end CAPE estimates had to do with different assumptions about the price escalation of labor costs. The value of the escalator used by CAPE in each estimate is unclear.

Morin expressed hope that the current plan to buy more than 600 new missiles would result in efficiencies that bring down the overall cost.

The CAPE estimate illustrates the significant high-side cost risk of the new ICBM program and is likely to prompt continued questions about whether the Pentagon is pursuing the most cost-effective approach to sustaining the ICBM leg of the triad beyond 2030.

Many ICBM proponents argue that they are the cheapest leg of the triad to maintain and modernize, but the $100 billion CAPE high estimate is roughly the same as the Navy’s constant-dollar cost estimate for the program to replace the current fleet of 14 Ohio-class ballistic missile submarines with submarines of the Columbia class. In then-year dollars, the CAPE high estimate of approximately $140 billion exceeds the projected cost of $128 billion for the Columbia-class submarine program.

The Air Force argues that a new ICBM is necessary because the Minuteman III is aging into obsolescence and losing its capability to penetrate adversary missile defenses. (See ACT, April 2016.) The current recapitalization approach assumes that 400 deployed ICBMs, which is the same number the United States is planning to deploy under the 2010 New Strategic Arms Reduction Treaty, will be required for the entire 50-year service life of the new missile system.

But some analysts claim that if the requirements for 400 deployed missiles, a 50-year service life, and new capabilities are relaxed, then it is possible to extend the life of the Minuteman III for a period of time beyond 2030 and at less cost than the GBSD system. (See ACT, October 2016.)