India and Pakistan are pursuing the development of new nuclear-capable missiles that risk further escalating tensions in South Asia and increasing the chance of a nuclear exchange. 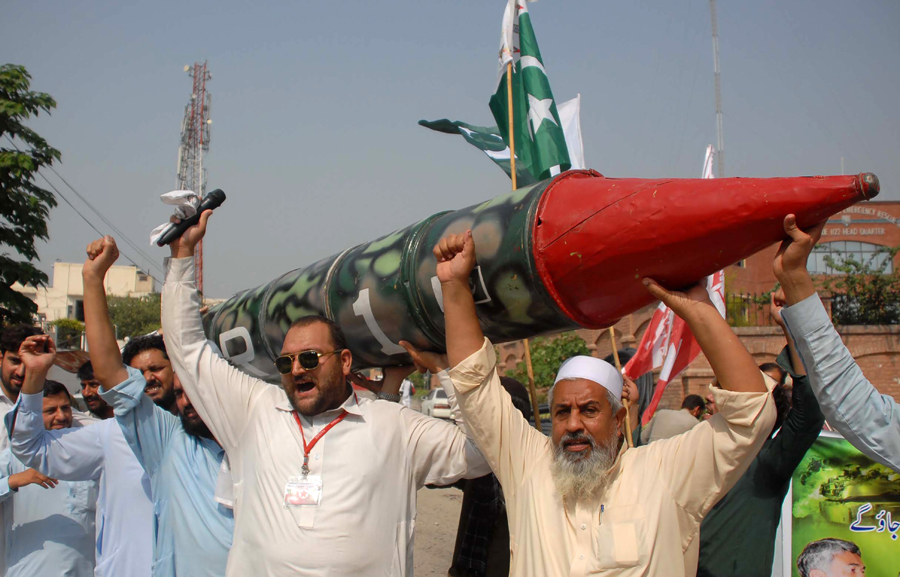 In the past several months, both countries have tested and refined systems for deployment. Although their nuclear ambitions and advancing capabilities should not be considered in isolation or solely as bilateral, there is an action-reaction dynamic between the two states that drives their advances. China is also a factor, particularly in India’s military planning, as New Delhi pursues longer-range ballistic missiles that are more relevant to deterring Beijing than Islamabad.

This creates a complex nuclear geometry in Asia, in which developments intended to provide stability often have the opposite effect. Indeed, some of the recent developments raise serious concerns about control of nuclear missiles in the field and an increased risk of an unauthorized nuclear attack.

Pakistan’s Jan. 9 test-firing of a sea-launched cruise missile, the first for that missile, is one of Islamabad’s responses to India’s sea-based nuclear deterrent and advancing ballistic missile defense system. The missile was tested from an undisclosed location in the Indian Ocean and hit its target with “precise accuracy,” according to a statement from the Inter-Services Public Relations (ISPR), the media arm of the Pakistani military.

India was not cited by name as the reason for pursuing a sea-based deterrent, but the Pakistani military statement alluded to Indian developments as a motivation, saying that the missile is a “measured response to nuclear strategies and postures being adopted in Pakistan’s neighborhood.” The reference likely included India’s recent deployment of a nuclear-capable, submarine-launched ballistic missile to ensure the survivability of its deterrent and complete New Delhi’s nuclear triad.

India’s first ballistic missile submarine, the Arihant, completed sea trials in 2016 and is widely believed to have been inducted into the Indian navy. The Arihant-class submarines can carry India’s nuclear-capable K-4 or K-15 ballistic missiles.

In the days following the Babur-3 test, India announced it would test-fire a K-4 ballistic missile, but there has been no subsequent announcement of a test taking place. The K-4 is an intermediate-range ballistic missile assessed to have a range of approximately 3,500 kilometers, as opposed to the K-15, which has a range of approximately 750 kilometers. The K-15 reportedly was tested twice in March 2016 and is now in production.

The decisions by India and Pakistan to pursue sea-based nuclear weapons systems, although presented in terms of strengthening deterrence, raises concerns about the actual impact on stability in the region.

Both countries currently are believed to keep warheads separated from missiles. Sea-based deterrents, however, require mating the warheads and missiles prior to deployment. If India and Pakistan view their submarine forces as the survivable leg of the nuclear deterrence forces, waiting to deploy a submarine until a crisis scenario is not an attractive option.

This raises questions about the management of the nuclear warheads at sea and the reliability of the communications systems. If submarine commanders have the ability to fire nuclear-armed missiles, it could increase the chances of an unauthorized or accidental launch.

The concern about delegating command-and-control authority also applies in the case of some ground-based systems, such as Pakistan’s short-range tactical ballistic missile, the Nasr. The Nasr has a range of approximately 60 kilometers, and the ISPR has described the system as filling a gap to “deter evolving threats,” which includes India’s conventional military superiority.

To use the Nasr as a deterrent against conventional attacks, it may be necessary in certain situations to transfer command and control of these tactical nuclear weapons to commanders on the ground. Some experts view the development of the Nasr, with possible pre-delegation of authority, as potentially destabilizing and increasing the likelihood of use against a conventional attack by India.

Pakistan also tested a second new system in January, a medium-range ballistic missile equipped with multiple independently targetable re-entry vehicles (MIRVs). The ISPR said that the Jan. 24 test was a success and that the missile, called the Ababeel, has an estimated range of about 2,000 kilometers, “the capability to engage multiple targets with high precision,” and the ability to evade radar. The missile will ensure the “survivability of Pakistan’s ballistic missile defense environment.” 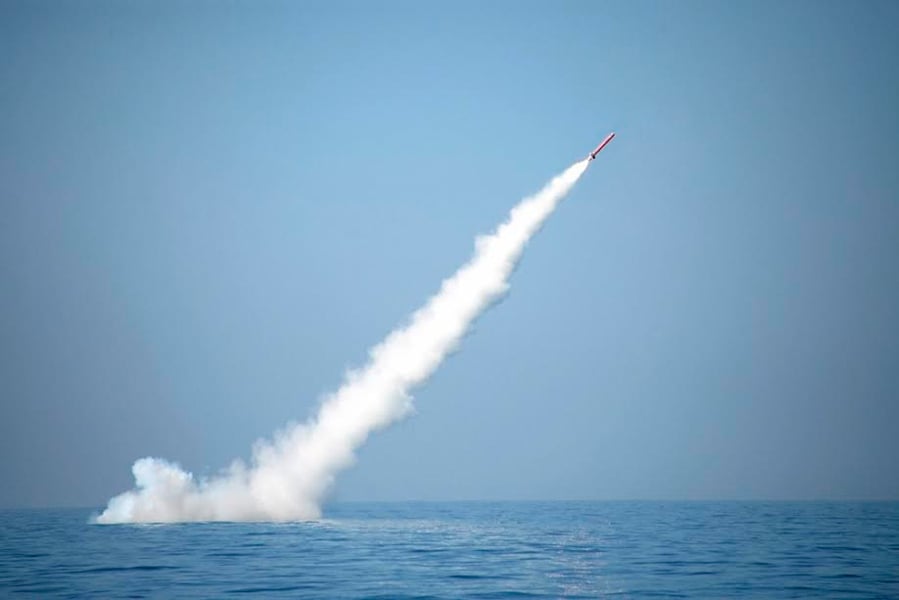 MIRV-capable and cruise missiles, however, can make it more difficult for missile defenses to intercept incoming warheads. The Babur-3 “features terrain hugging and sea skimming flight capabilities to evade hostile radars” and air defenses, the ISPR said in its statement.

While Pakistan is orienting its new delivery systems based on developments in India, India is considering China as it deploys new ballistic missiles.

For example, the Agni-5, with a range of more than 5,000 kilometers, is not necessary for targeting Pakistan. But it does put all major Chinese cities within India’s range. India tested the Agni-5 in December 2016 and the Agni-4 on Jan. 2. (See ACT, January/February 2017.) The Agni-4 is an intermediate-range ballistic missile that has an estimated range of 4,000 kilometers. (See ACT, January/February 2012.)

China often does not respond to Indian ballistic missile tests, but the most recent Agni-5 launch drew a quick, negative response from the Chinese Foreign Ministry spokeswoman the next day. Hua Chunying recalled a UN Security Council Resolution in 1998 that urged India and Pakistan not to pursue nuclear-capable ballistic missiles, after both countries tested nuclear devices, and said China takes the position that “preserving the strategic balance and stability in South Asia is conducive to peace and prosperity of regional countries.”

During the Chinese New Year, Beijing posted a video of its new medium-range ballistic missile, the DF-16. This system, first displayed in September 2015, is assessed by the Pentagon in an annual report on China’s military in 2016 as improving China’s ability to strike at “regional targets.”

Although it is doubtful that China’s decision to display the missile again is directed at India alone, it does highlight China’s regional nuclear capabilities that likely concern India.