China reportedly has deployed a new intercontinental ballistic missile (ICBM), the DF-41, in northern China near the Russian border. The missile was successfully flight-tested for the seventh time in April 2016, but it is unclear if it has completed development, and experts reacted skeptically to news reports circulating in late January that it had been deployed. 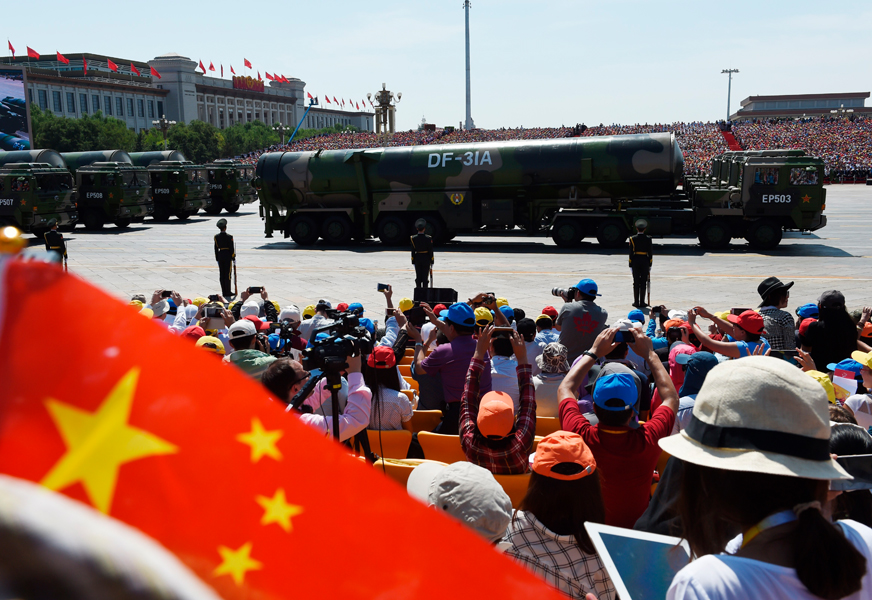 Observers’ photos on Chinese websites of missile launchers in Daqing City in northern China are evidence of the missile’s deployment, according to a Jan. 24 report by The Global Times, a state-run Chinese newspaper, which cited information from “some Hong Kong and Taiwan media.” The Global Times noted that “some media…think this is Beijing’s response” to U.S. President Donald Trump’s combative remarks about China.

China has disputed the reports. “This is just the speculation of Internet users, the guesses that do not correspond to reality,” Chinese Foreign Ministry spokeswoman Hua Chunying told the Russian news agency TASS on Jan. 25.

Reports of the DF-41 deployment are unsubstantiated, asserted Gregory Kulacki, China project manager at the Union of Concerned Scientists, in a Feb. 13 blog post. There is also no official report that the missile has completed development, although China is notoriously secretive about its nuclear arsenal.

The modernized missile appears to be slightly larger than its predecessor, the DF-31A; but like the DF-31A, it is able to reach targets in the United States, Kulacki told Arms Control Today in a Feb. 13 email. The missile’s range is 12,000 to 15,000 kilometers, and it can carry up to 10 multiple independently targetable re-entry vehicle (MIRV) warheads, according to the Missile Defense Project at the Center for Strategic and International Studies in Washington.

As a solid-fueled, road-mobile ICBM, the “mobility of the system is the most notable upgrade,” Catherine Dill, senior research associate at the Middlebury Institute of International Studies at Monterey, told Arms Control Today in an email on Feb. 17. She also stated that the missile is still under development and therefore not all features are known.

China has diverse missile systems, including short-range, medium-range, and intercontinental missiles, as well as cruise missiles. The development of the DF-41 would have “modest but important” implications for the Chinese nuclear deterrent, said Kulacki.

“China’s nuclear forces have one, and only one, purpose, which is to prevent a nuclear attack against China,” he said. “The new missile is another incremental improvement in the retaliatory capability that Chinese leaders believe is necessary to fulfill that purpose, especially in the face of new precision-guided conventional capabilities which could target China’s nuclear forces.”