The United States and Russia plan to convene the Intermediate-Range Nuclear Forces (INF) Treaty’s implementation mechanism this month for the first time in more than a decade as each country continues to claim that the other is violating the 1987 pact.

A U.S. State Department official told Arms Control Today in an Oct. 21 email that Washington requested a meeting of the Special Verification Commission. That body was established by the treaty to “resolve questions relating to compliance” and to “agree upon such measures as may be necessary to improve the viability and effectiveness” of the treaty. Either party can call for a meeting of the commission, which last met in 2003. 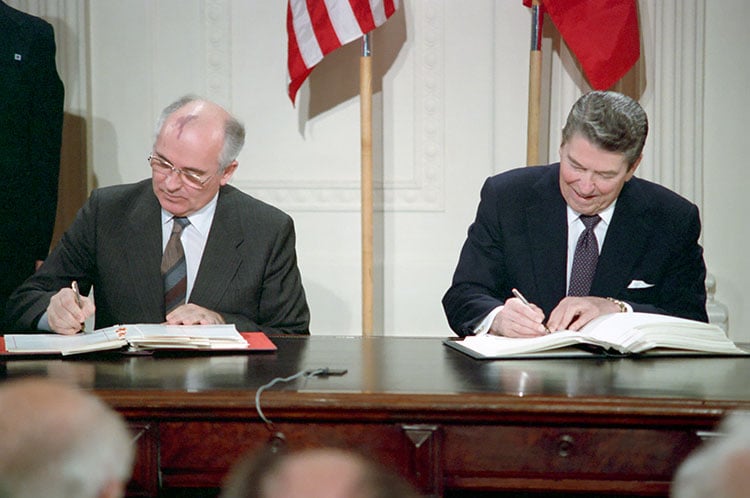 The work of the commission “is conducted in a confidential manner, so we will decline to provide additional details,” the official said.

The United States had been reluctant to convene the body as it preferred to address its compliance concerns through direct, high-level talks with Russia. But these bilateral contacts have not been successful.

Mikhail Ulyanov, director of the department for nonproliferation and arms control at the Russian Ministry of Foreign Affairs, told RIA Novosti on Oct. 21 that the commission meeting is scheduled for mid-November and that Russia plans to attend. Belarus, Kazakhstan, and Ukraine, the former Soviet republics that are also party to the treaty, are expected to attend as well.

The State Department continues to stand by the assessment, first made in July 2014, that Russia is in violation of its INF Treaty obligations “not to possess, produce, or flight-test” a ground-launched cruise missile having a range of 500 to 5,500 kilometers or “to possess or produce launchers of such missiles.”

Russia denies that it is breaching the agreement and has raised its own concerns about Washington’s compliance. Moscow is charging that the United States is placing a missile defense launch system in Europe that can also be used to fire cruise missiles, using targets for missile defense tests with similar characteristics to INF Treaty-prohibited intermediate-range missiles, and making armed drones that are equivalent to ground-launched cruise missiles.

Ulyanov said that Russia planned to discuss these three issues at the November meeting.

U.S. Defense and State Department officials have publicly stated that they believe that the Russian cruise missiles at issue have not been deployed. But an Oct. 19 report in The New York Times cited anonymous U.S. officials expressing concern that Russia is producing more missiles than needed solely for flight testing, raising fears that Moscow may be on the verge of deploying the missile.