Member states of the Inter-national Atomic Energy Agency (IAEA) passed several resolutions at the organization’s yearly meeting, including one that condemns North Korea’s nuclear activities, but did not vote on a controversial resolution singling out Israel’s nuclear program. 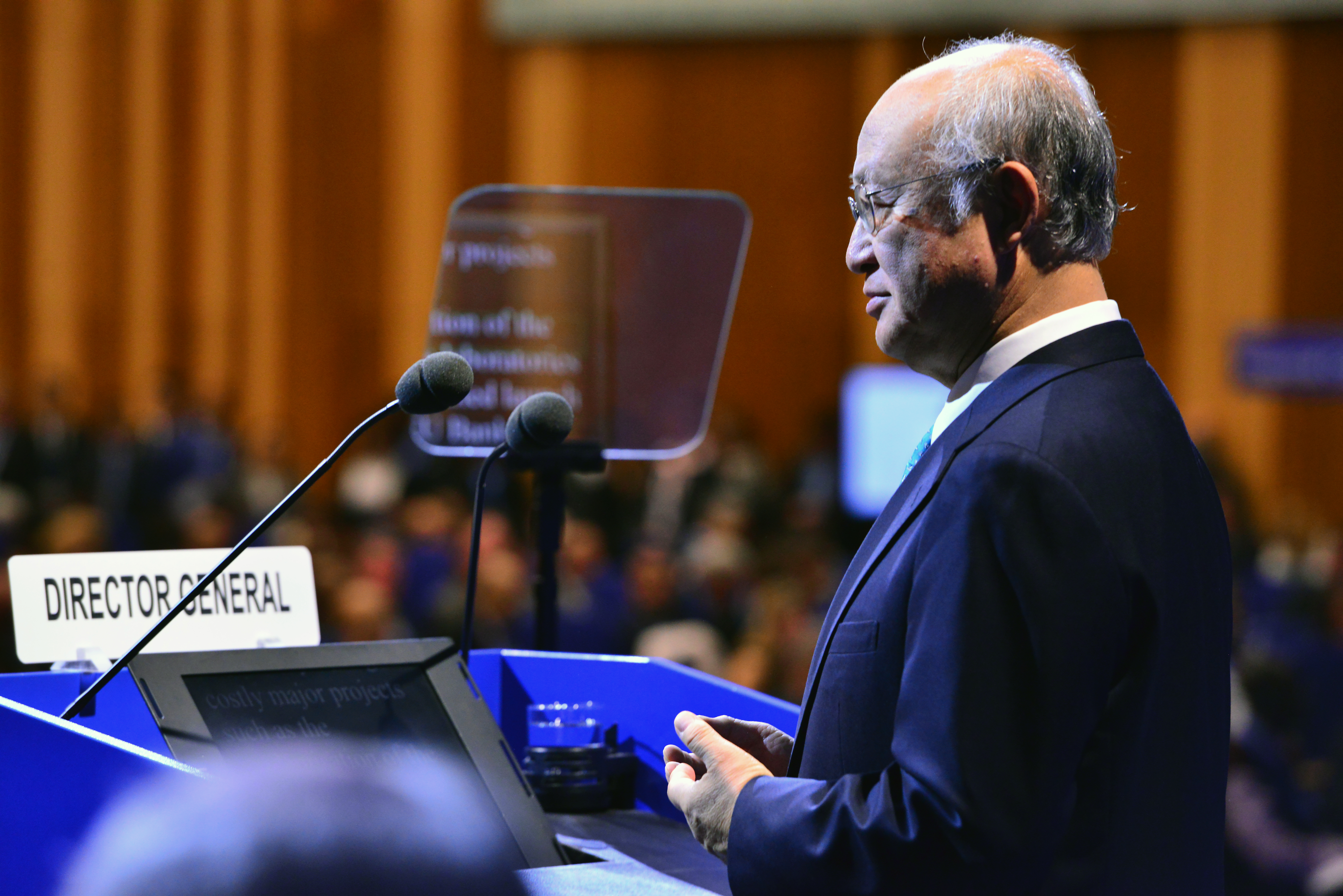 The agency’s resolution on North Korea was adopted unanimously Sept. 30. It reaffirmed that North Korea cannot have the status of a nuclear-weapon state under the nuclear Nonproliferation Treaty (NPT) and called on Pyongyang to implement comprehensive safeguards and resolve all outstanding issues that have emerged since agency inspectors were last granted access to North Korea’s nuclear facilities in 2009.

North Korea joined the IAEA in 1974, but withdrew in 1994. The agency has not been able to conduct safeguards activities since then, although inspectors had limited periodic access through 2009.

Laura Holgate, U.S. representative to the IAEA, said in a statement on Sept. 30 that the resolution is “strong, resolute, and unequivocal” and underscores that North Korea could “not harbor any illusions that its illicit pursuit of nuclear weapons will achieve legitimacy in the eyes of the international community.”

Holgate said that enhanced pressure on North Korea will remain essential to compel Pyongyang to “correct its course.”

In June, the Arab member states of the IAEA made a request to put Israel’s nuclear capabilities on the agenda, but unlike past years did not introduce a resolution on the subject during the conference.

Zeev Snir, head of the Israel Atomic Energy Commission, said in his opening statement at the meeting that Israel welcomed the decision to refrain from putting forward a draft resolution but regretted the Arab Group’s decision to include the topic on the agenda for discussions, saying it leads to “politicized, irrelevant discussions.”

Holgate said the United States welcomed the decision by the Arab states and that the resolution singling out Israel was “not an appropriate item” for the conference.

The member states did approve a resolution on Sept. 29 on the application of safeguards in the Middle East. The measure was approved 122-0, with six abstentions, including the United States. Explaining the U.S. position, Holgate said that efforts to advance toward the creation of a Middle Eastern zone free of weapons of mass destruction have been pursued at IAEA general conferences “without seeking consensus among states in the region” and that this approach undermines trust.

The resolution does not specifically single out Israel, but Israel is the only Middle Eastern country not party to the NPT. Israel is suspected of having a nuclear arsenal of about 80 warheads, with enough material for up to 200 weapons, although it has never officially acknowledged possessing such arms or demonstrated its capability through a declared nuclear test.