Over the course of the horrific five and a half years of Syrian civil war, the government of Bashar al-Assad, his Russian allies, and extremist fighters, have committed numerous war crimes. Some 500,000 people have died, and more than 10 million have been displaced. There is no military solution to the conflict, yet the killing continues.

Among the most heinous aspects of the war has been the repeated use of chemical weapons by the Assad regime beginning in late 2012, including the massive August 2013 sarin gas attack that killed more than 1,400 civilians in the Damascus suburb of Ghouta. 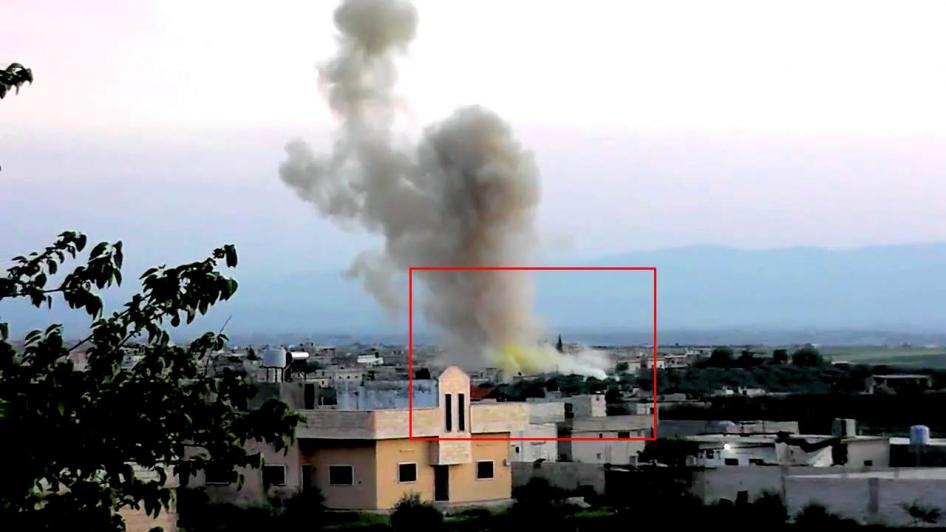 The Ghouta attack led the United States to threaten the use of force to try to destroy Assad’s chemical weapons arsenal. This threat prompted Moscow to work with Washington to develop and to help compel Assad to accept an ambitious agreement mandating the expeditious and verified removal and elimination of Syria’s massive arsenal of 1,308 metric tons of chemical agents, storage and production facilities, and associated equipment under the auspices of the Organisation for the Prohibition of Chemical Weapons (OPCW).

The UN Security Council unanimously approved the OPCW timeline for destroying Syria’s chemical arsenal under Resolution 2118 and allowed for measures under Chapter VII of the UN Charter if Syria does not comply or otherwise violates the Chemical Weapons Convention (CWC).

The complex, multinational disposal operation was a major milestone that effectively eliminated the threat of further large-scale chemical weapons attacks by the Assad regime against the Syrian people and neighboring states.

But in October, after a 13-month-long investigation, the fourth report of the UN-OPCW Joint Investigative Mechanism (JIM) confirmed what has been suspected for some time—that the Assad regime has continued to drop barrel bombs filled with chlorine from Russian-supplied military helicopters on civilian areas. The JIM reported that the helicopter flights originated from two bases where the 253rd and 255th Syrian Army air squadrons belonging to the 63rd helicopter brigade are located.

Although less destructive and deadly than sarin nerve agent, Assad’s industrial chlorine barrel bomb attacks violate the CWC and are war crimes. These are the first-ever documented cases that a CWC member state has used chemical weapons.

This serious matter concerns all states and requires a strong and unified international response from the UN Security Council and the 192 states-parties of the OPCW. Russian diplomats will try to shield the Syrian regime from tough UN sanctions, but other states must act with clarity and conviction.

For example, under Chapter VII the Security Council could demand the immediate grounding of the Syrian Army helicopter units involved in the attacks and a halt to all forms of assistance to these units, including Russian military support. Individuals involved in authorizing and conducting the chlorine attacks should be prosecuted for war crimes. Entities providing such assistance should be subjected to sanctions.

The OPCW Executive Council should revoke Syria’s rights and privileges within the body until such time that it is determined to be in full compliance with its CWC obligations. To help deter additional barrel bomb attacks, the mandate for the JIM should be extended as requested to investigate additional reported chemical weapons attacks in Syria further.

The OPCW Declaration Assessment Team must be authorized to continue to press Syrian government officials to fill in the large gaps in their 2013 official declaration to the OPCW in order to ensure that Syria fully eliminates its chemical warfare capacity, including any more production of barrel bombs.

An inadequate international response to the use of chemical weapons by the Syrian regime will only increase the risk that the world’s most dangerous, indiscriminate, and inhumane weapons will be used to commit atrocities in the future, erode the integrity of the CWC, and undermine the authority of the Security Council.

Russia, which has backed the Syrian regime and become directly involved in aerial bombardments of civilians itself, has a special responsibility to support and not block a strong response at the OPCW and on the Security Council. After all, Syria has brazenly violated the terms of the 2013 agreement that Moscow helped broker.

Likewise, Iran, which was a victim of horrible gas attacks during its war with Iraq in the 1980s but now backs Assad, must also support strong action or lose credibility as a defender of chemical weapons victims.