“It will take all of us working together – government officials, and diplomats, academic experts, and scientists, activists, and organizers – to come up with new and innovative approaches to strengthen transparency and predictability, reduce risk, and forge the next generation of arms control agreements.”
– Wendy Sherman
U.S. Deputy Secretary of State
June 2, 2022
BWC Committee Makes Preparations

The participants at the April 26-27 meeting elected György Molnár, ambassador of Hungary, to serve as chairman of the committee and recommended him as president of the November review conference, following his recommendation for the position at the December 2015 annual meeting of states-parties. (See ACT, January/February 2016.) Participants reached an understanding on a provisional agenda, which is slated to be adopted in August. 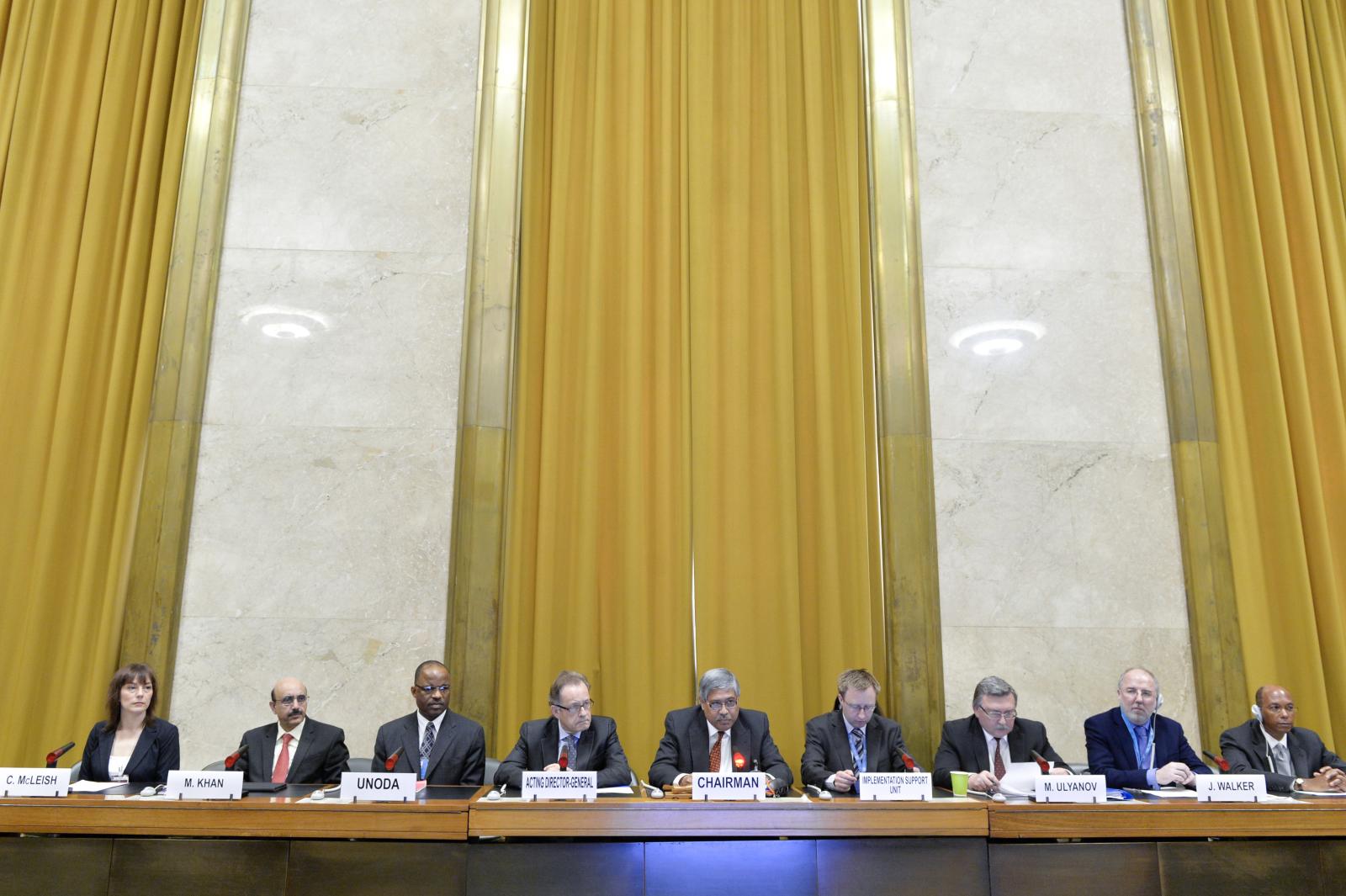 Surrounding the meeting, states-parties submitted 13 proposals in the form of working papers on ways to strengthen the BWC, among other topics. On April 27, Molnár stated that the session had laid the groundwork for substantive discussions on the states-parties proposals, according to a media update from the UN Office for Disarmament Affairs (UNODA).

More proposals are expected before the August preparatory meeting, according to a UNODA political affairs officer who spoke with Arms Control Today in a May 20 phone interview.

Also at the April preparatory meeting, the European Union pledged to provide an addition 2.3 million euros to six BWC projects over the next three years. In the past 10 years, the EU has contributed more than 6.3 million euros to the “universalisation and strengthening of the BWC,” according to a May 5 update from the UN.

The funds will support the promotion of universal adherence to the BWC, developing national capacities for implementation, enhancing interaction with the nongovernmental scientific community, and strengthening the UN secretary-general’s mechanism for investigating alleged use of chemical and biological weapons, the official told ACT. Some of the funding will also support four regional workshops that will be held from June through September in Brazil, Ethiopia (hosted by the African Union), India, and Kazakhstan.