Some might contend that, at this juncture in history, all of these instruments have lost their military relevance to a large extent, although these perceptions might vary according to one’s birthplace. This article will argue that, from a political point of view, the instruments still have a pivotal role to play. 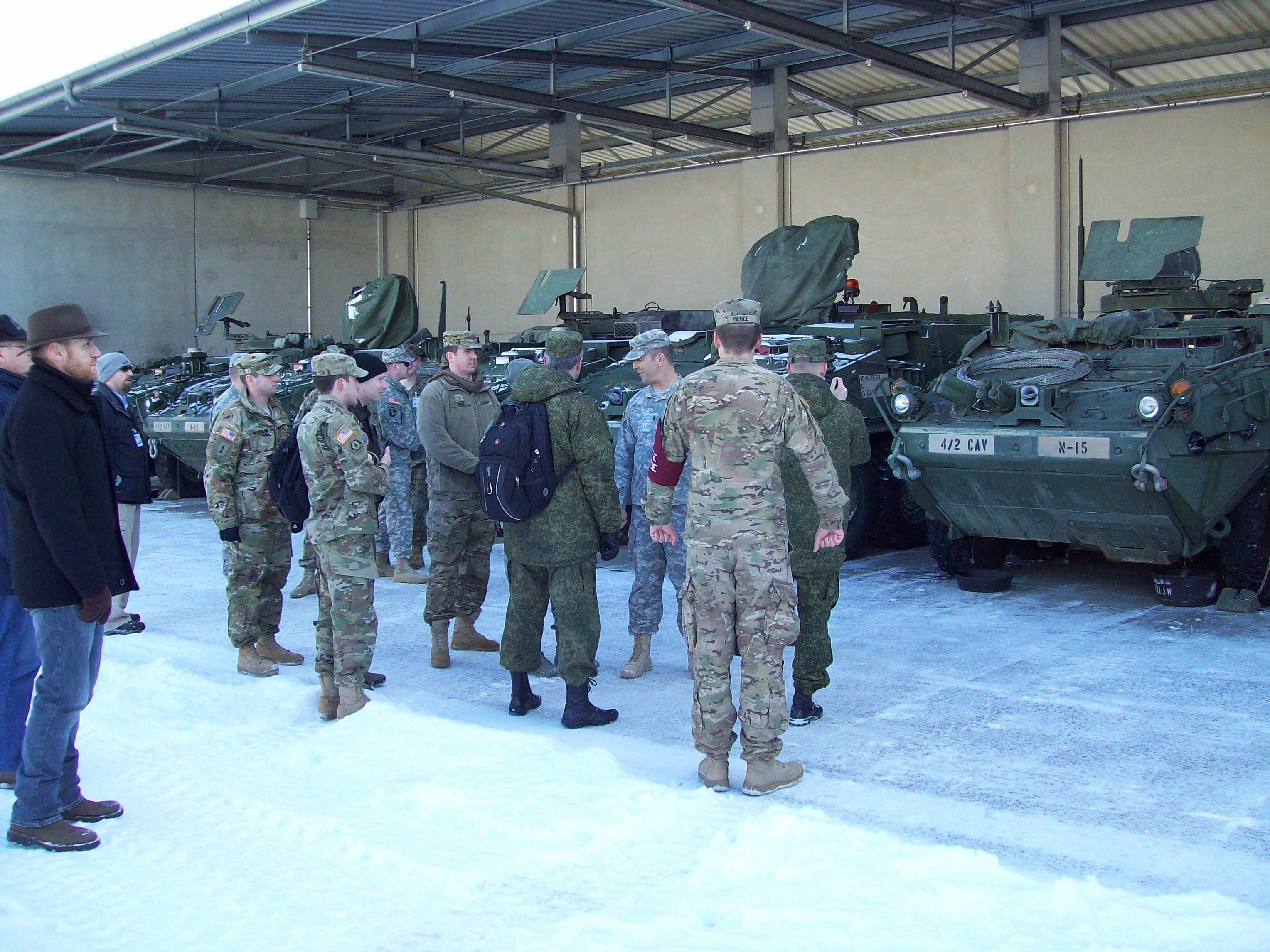 Traditionally, the Netherlands has put considerable emphasis on and effort into the maintenance of conventional arms control, just as it does for nuclear disarmament. This vision flows from a deep-rooted tradition that emphasizes the normative power of international law. For a country of relatively small size and international weight, much is to be gained from a multilateral system whose members strictly adhere to its rules. Arms control forms part and parcel of such a system.

There is a direct link between the conventional and the nuclear fields. NATO allies perceive nuclear arms to be weapons of deterrence. All the allies hope they never have to resort to the use of such weapons. NATO’s 2010 Strategic Concept explicitly states this in Article 17: “The circumstances in which any use of nuclear weapons might have to be contemplated are extremely remote.”1

Russian doctrine does not make that distinction as clearly. In the Russian perception, the use of nonstrategic nuclear arms—those that could be used on the battlefield instead of against strategic assets in the homeland of the opponent—would be dependent on the needs of a given conflict situation. Thus, there is a relationship between conventional and nonconventional arms in their potential use and the way one approaches arms control.

A Topical and Urgent Issue

As discussed above, conventional arms control is politically and militarily relevant. The recent events at the edges of Europe have demonstrated once again the continued or renewed relevance of conventional arms control. Notwithstanding the emergence of all kinds of military innovations, including warfare in the cyber domain, the use of drones, and the use of soldiers posing as local insurgents, it is clear from recent subregional conflicts that such conflicts are fought to a large extent with conventional equipment. These battle tanks, armored personnel carriers, artillery, aircraft, and attack helicopters are arms to seize and hold ground, as the military would put it.

It is exactly these categories of equip-ment on which the CFE Treaty and the Vienna Document focus. There is an obvious and urgent need to keep these documents alive and update them where necessary.

Such endeavors call not only for knowledge and concentrated effort, but also a certain amount of political courage. Given the current circumstances, with a re-emergence of the perception of a military threat from Russia, many politicians in Europe and the United States have an understandable inclination to postulate that these are not times for arms control. They would rather consider modernization and enhancement of military capacities in view of the volatile behavior of the one state that treads on long-standing agreements and principles.

Although it might seem counter-intuitive, conventional arms control now is as important as ever. As Koenders tends to put it, arms control is not a fair-weather instrument. It is in dire times that the need for it is greatest.

Between countries that do not perceive each other as a threat in any way, arms control instruments are not warranted. The Netherlands does not have such instruments with Denmark. The need for arrangements to enhance transparency and thus stability and security arises in the cases of countries with which good relations come less naturally.

The current year offers several oppor-tunities to engage in a dialogue to reinvigorate conventional arms control in Europe. The Organization for Security and Co-operation in Europe (OSCE) happens to have started the exercise to update and modernize the Vienna Document this year. Some states, however, do not have the political will to engage in discussions on updates, let alone modernizations. They cite the current mistrust as the reason for their reluctance.

They are wrong. The crisis over Ukraine is a case in point. It demonstrated the need for substantial improvements in the Vienna Document, which would benefit all parties. Among other things, the crisis made clear that the Vienna Document had never foreseen the use of foreign troops posing as local insurgents, making use of heavy armor and weapons.

The crisis demonstrated the inadequacy of the verification methods in the document, shown, for example, in current restrictions on inspections and in insufficiently rigorous requirements for no-notice, or snap, exercises, in which participating troops are not forewarned and for which prior notification to the other signatories of the Vienna Document is not required.

Having held the presidency of the OSCE’s Forum for Security Co-operation during the first four months of this year, the Netherlands feels additionally motivated to propel the dialogue on these questions. It wants to do its utmost to arrive at a substantially improved Vienna Document that responds to the requirements of comprehensive security and the citizens of all participating OSCE states.

Modernization of the Vienna Document is vital. The loopholes that allow for circumvention of the letter and the spirit of the document should be closed. The times demand structural improvement of this pillar—for example, a document that allows more-intrusive inspections to enhance the verification regime, requires the parties to keep one another abreast of more exercises than under the current version of the document, and obliges countries to allow snap inspections and observations when holding snap exercises.

All this is not a goal in itself. It will make for more transparency and thus fewer surprises, fewer chances of misunderstandings, and fewer possible ensuing dangerous reactions. It is an investment in predictability, stability, and security.

It will not make for an ideal world. No Vienna Document could counterbalance a lack of trust and confidence. At the same time, the commitment to more-intrusive measures would be a first demonstration of the political will to arrive at greater transparency. That itself would be a confidence-building measure.

Another opportunity presents itself this year to give a much needed boost to conventional arms control in Europe. In September, there will be a conference to review the functioning of the CFE Treaty, as there is every five years.

For years, the CFE Treaty rightly was considered the success story of conventional arms control, not just in Europe but worldwide. It was the benchmark, the cornerstone, of European arms control and thus European security.

The treaty was a product of Cold War discord and was negotiated at the height of the Cold War. One result of the treaty was the observed destruction of 72,000 pieces of heavy military equipment by the countries of NATO and the Warsaw Pact. The accompanying regime of mutual inspections provided a guarantee that the two opposing blocs were abiding by the agreed requirements for reductions and subsequently lower levels of armaments. The treaty thus created a framework for mutual trust, confidence, and transparency through its elaborate and intrusive system of continuous inspections.

This system turned out to be mutually beneficial at a time when the blocs still felt secure at the lower levels of armaments. The parties were able to spend less on their militaries and more on civilian needs. The system thus provided economic gain without altering the strategic balance. The happy ending of the Cold War provided a good occasion to give the treaty a new footing, doing away with the blocs while preserving transparency.

The adaptation of the treaty to that end never entered into force, as the precondition to which all the states-parties, including Russia, agreed—that 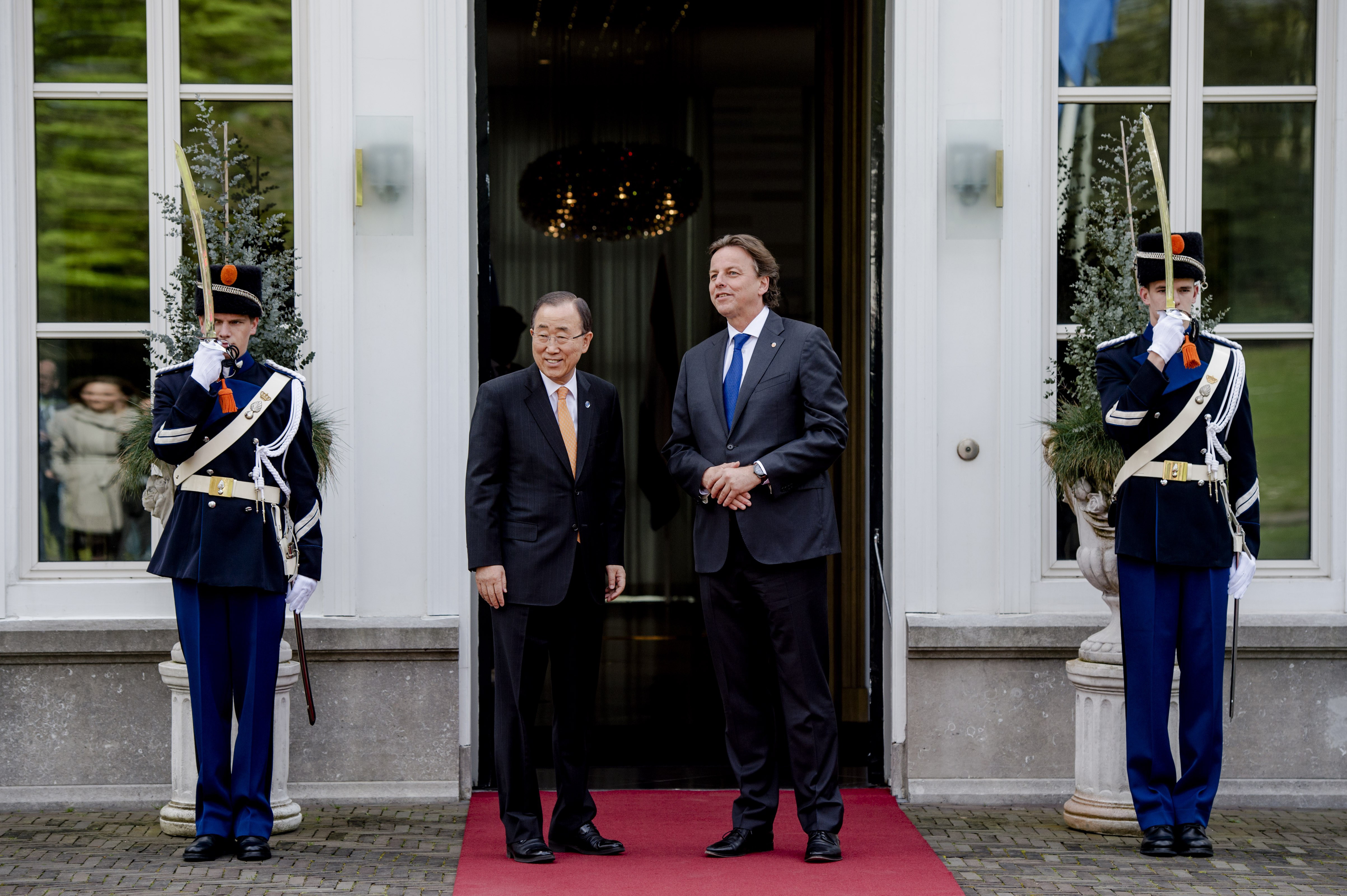 Russia would pull back its troops and materiel from Georgia and Moldova—was never met. Quite the contrary, one might say after the 2008 Russian intervention in Georgia. Moreover, in 2007, Russia unilaterally “suspended” implementation of its obligations under the treaty. Transparency, cooperation, predictability, and stability were heavily affected, and several efforts to find a mutually acceptable solution to the impasse failed.

Under these circumstances, this year’s review conference is likely to conclude that the CFE Treaty continues to suffer from the failure of one state-party to implement its obligations. Although 29 of the 30 states-parties continue to implement the treaty among themselves, the relevance of the pact is heavily affected because of Russian behavior. As noted earlier, the treaty’s value does not lie in mutual inspections between Denmark and the Netherlands.

In the light of the foregoing, the Netherlands wants to appeal to all states-parties and to Russia in particular to return to the negotiating table. As with the Vienna Document, this is not a plea for just Dutch interests, but one that serves a common goal: stability and security for Europe. That goal transcends the undeniable differences among the countries of the continent.

The Open Skies Treaty, the third pillar of European conventional arms control, still can be called quite successful. It offers its states-parties an unprecedented level of transparency, including the right to take photographs of military installations.

Unfortunately, the political upheaval in Europe has not left this treaty untouched. Russia’s restrictive interpretation of certain provisions and unilateral limitation of observation flights over its territory have affected the treaty’s effectiveness. For example, some areas have been declared off-limits for observation flights, and the accessibility of others has been hampered by restrictions on the altitude of overflights.

As always, states-parties are supposed to adhere faithfully to the letter and spirit of the treaty. Once again, the goal is simple and, one would hope, shared by all: promotion of transparency and predictability and thus of stability and security on the European continent.

Today, the citizens of Europe live in circumstances that they had hoped they had left behind. Dividing lines and mistrust have again emerged in Europe. Yet, the instruments in place should at least contribute to predictability and thus stability and security on the continent.

They are the three instruments of arms control that have served Europe and the rest of the world so well in the past, including times when tension presumably ran even higher than today. Arms control instruments in themselves are not designed to prevent or stop crises, but they can lead to a restoration of trust and confidence by offering mutual transparency about capabilities and the intentions of their signatories. This is not something that countries can afford to throw away or to slowly let wither. They should act this year to restart the cycle that would lead to a more stable and secure continent.

1.   “Active Engagement, Modern Defence: Strategic Concept for the Defence and Security of the Members of the North Atlantic Treaty Organization,” n.d., http://www.nato.int/nato_static_fl2014/assets/pdf/pdf_publications/20120214_strategic-concept-2010-eng.pdf (adopted at the NATO summit in Lisbon in November 2010).