Russia remains in violation of the 1987 Intermediate-Range Nuclear Forces (INF) Treaty for the third year in a row, according to an annual State Department report released on April 11.

Nevertheless, one high-ranking State Department official expressed optimism that Russia and the United States could make progress this year toward resolving the issue. 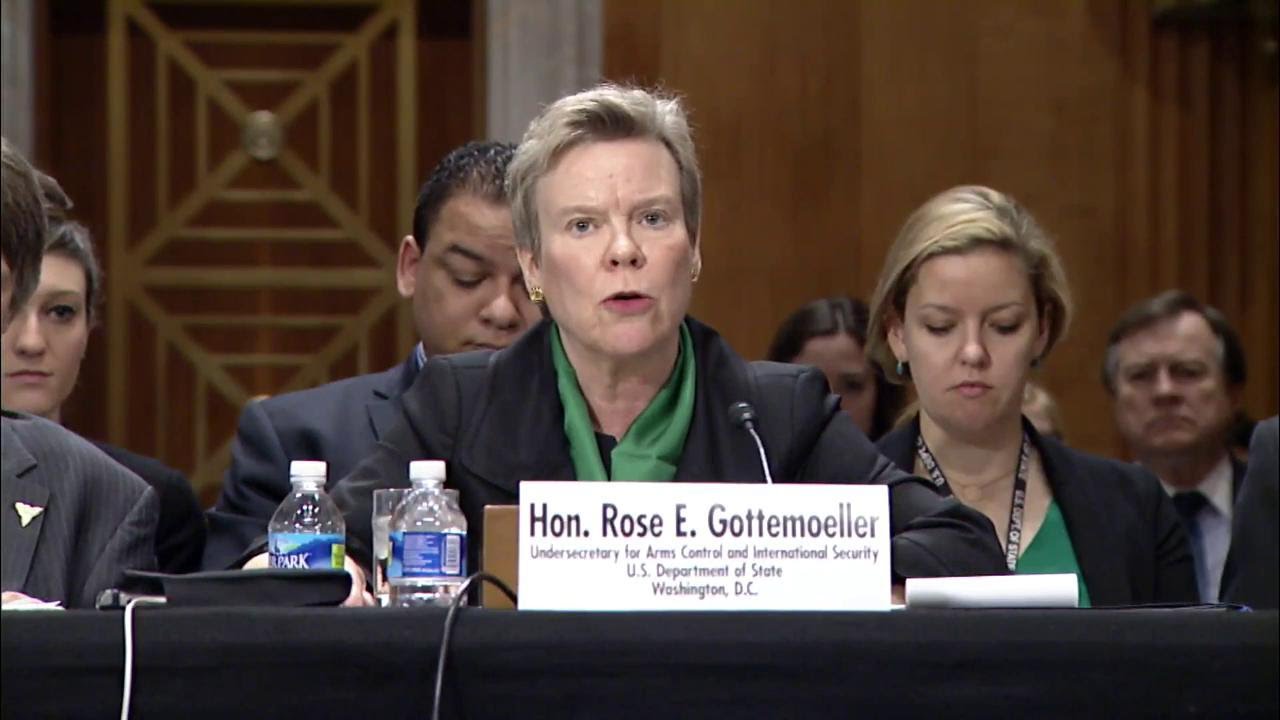 Reiterating the public assessment that it made in July 2014 and June 2015, the State Department said Russia is violating its INF Treaty obligations “not to possess, produce, or flight-test” a ground-launched cruise missile (GLCM) with a range of 500 to 5,500 kilometers or “to possess or produce launchers of such missiles.” (See ACT, July/August 2015.)

Moscow continues to deny that it has violated the agreement. The Russian embassy in Washington said in a lengthy April 16 statement that the United States “does not provide objective facts or any other reliable arguments to reiterate these accusations.”

The statement also accused the United States of “preparing military response scenarios” to Russia’s alleged violation that could “have unpredictable consequences for Europe and the international community as a whole.”

In testimony at a Dec. 1 hearing held jointly by House armed services and foreign affairs subcommittees, Brian McKeon, principal deputy undersecretary of defense for policy, said the Pentagon is “developing a comprehensive response to Russian military actions” and “committing to investments that we will make irrespective of Russia’s decision to return to compliance with the INF Treaty due to the broader strategic environment we face.” (See ACT, January/February 2016.)

As in the 2014 and 2015 reports, this year’s report did not specify the type of Russian cruise missile in question, the number of tests conducted, or the location of the tests.

Defense and State department officials have said they do not believe Russia has deployed the prohibited missile.

In March 17 testimony at a Senate Foreign Relations Committee hearing, Rose Gottemoeller, undersecretary of state for arms control and international security, said she had seen “some progress in Russia’s willingness at the highest level to recommit to the treaty” and that the U.S. government is “looking forward to moving expeditiously in 2016 to try to make some progress on this difficult matter.”

Gottemoeller did not elaborate on the reasons for her optimism.

Meanwhile, the compliance report also registered concerns about Russia’s compliance with the 1992 Open Skies Treaty. The report said Russia “continues not to meet its treaty obligations to allow the effective observation of its entire territory.” In addition, the report said that Russia in 2015 refused to allow Ukraine to overfly its territory “unless Ukraine paid for each flight in advance.” This “could be the basis for a violation determination” by Ukraine, the report said.

The Open Skies Treaty, which entered into force in 2002, permits each of the agreement’s 34 states-parties to conduct short-notice, unarmed reconnaissance flights over the others’ entire territories to collect data on military forces and activities.

Separate from the compliance concerns, some U.S. military officials and intelligence officials appear to be opposed to Russia’s request in February to end the use of older wet-film cameras on flights over the United States and instead use a more advanced digital optical sensor to collect data.

Although the upgrade to digital equipment is allowed under the treaty, the concern is that the use of the more advanced cameras and sensors would greatly increase Russia’s ability to collect intelligence on critical military and civilian infrastructure.

Lt. Gen. Vincent Stewart, director of the Defense Intelligence Agency, told the House Armed Services Committee at a March 2 hearing that he has “great concern about the quality of the [digital] imagery” for intelligence collection purposes and “would love to deny the Russians…that capability.”

The United States has yet to transition to the use of the more advanced digital sensors in its treaty flights over Russia, but plans to do so in the near future.

Gottemoeller told lawmakers at the March 17 hearing that she has “a somewhat different view of the utility of the treaty” than Stewart does.

“It has a great value to our allies and to our partners,” such as Ukraine, Gottemoeller said, adding that Ukraine has “made great use of the treaty” during its ongoing confrontation with Russia.—KINGSTON REIF