Carolyn Mac Kenzie has spent much of her professional life in pursuit of radioactive sources that are no longer under the control of authorities. These sources, which are used in medicine, research, and industry, can be dangerous if they fall into the hands of people who do not realize what they are or if people do know what they are and want to use them to make a radiological dispersal device, or “dirty bomb.” Mac Kenzie’s experience in tracking “orphan” sources has included stints at Lawrence Livermore National Laboratory, the International Atomic Energy Agency (IAEA), and the U.S. Department of Energy’s National Nuclear Security Administration. 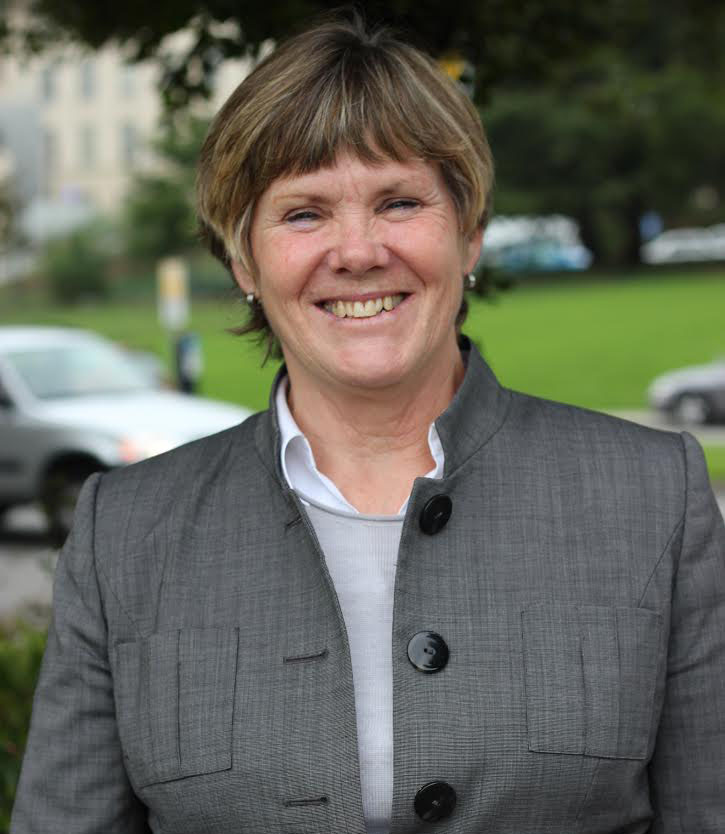 She spoke to Arms Control Today on April 6 from her office at the University of California, Berkeley, where she is the radiation safety officer. The interview, which was conducted by Daniel Horner, has been edited for length and clarity.

I wanted to ask how you got into this field. Could you lay out the path that led you to be interested in radioactive sources?

I sort of fell into it, but I always thought I would be probably pretty good at this when the issue of orphan sources came up in the late 1990s and early 2000s.

Why did you think that? What is it about you that makes you good at it?

It’s my adventuresome spirit. I’ve traveled the world a lot, and I understand how radioactive sources are used. When I was 20 years old, I had backpacked across Africa, India, and the Middle East. I knew I could comfortably go to out-of-the-way developing countries and help them find these things.

The first opportunity came up in 2002 working with Russia and radiological thermal generators that are placed along the Arctic Circle to power lighthouses. Livermore was involved with their removal and replacement with solar units. They are a very large source of strontium-90, and they have a potential to be used as a dirty bomb. My background was in radiation safety, and I knew I could help.

So I got my first taste of this, and I enjoyed it. Some people from the IAEA had heard about that work and called me and were interested in having me come over to the IAEA and help them with their orphan-source mission. So it sort of was fate; things fell together.

Did you have a scientific inclination that led you this way, or you just followed the adventuresome spirit?

Right out of college, I got a job at a cyclotron making radiopharmaceuticals. I was taking some fairly significant radiation doses, and the regulator threatened to shut us down. So I got really motivated to try to figure out how to reduce radiation exposure. I then went back to graduate school in biophysics to learn more.

The big focus at the IAEA in 2004 was on a series of incidents around the world in the late 1990s and early 2000s where scrap metal dealers or illiterate people had found large radioactive sources and wanted to salvage the lead around them. They had not a clue what they were, nor did they recognize the trefoil [radiation] symbol as meaning anything. They saw the lead and knew it was valuable. As a result of removing it, they became excessively exposed to radiation, which caused death or severe injuries. I was tasked with helping to locate these sources and finding a symbol for the sources to prevent this from happening.

Tell me about creating the supplementary symbol.

It was fascinating. The task was to help develop a symbol that anybody, especially illiterate people, would recognize as “Danger. Don’t touch. Leave alone.” The intent was to put the symbol right on the lead, right where you would go to take off [the lead]. With the symbol that we ended up settling on, the vast majority of the people saw that there was a grave danger.

You visited more than 35 countries to do this work. Did you have to do anything differently because you are a woman?

Initially, in some of the countries, but we got past it. I had this one experience with the Russian military where I think initially they were thinking, “What? Why is she along with us?” And then by the end of the trip, I would be the one going forward first with the [radiation] meter and measuring the source instead of them just marching right in. Later in the trip, they would say, “Oh, Carolyn, you go on in and tell us if it’s safe to come in now.” So you had to earn their respect.