North Korea has recently accelerated efforts to display advances in its ballistic missile program, conducting a test launch of one missile and a ground test of the engine for a different missile in April.

On April 15, North Korea attempted to launch an intermediate-range ballistic missile, according to an official from the South Korean Joint Chiefs of Staff quoted in a Yonhap story the same day. According to the story, the Korean official described the launch as a failure, saying that after the missile lifted off, it did not maintain a “normal” trajectory. The North Korean media, which is state run, did not report the launch. 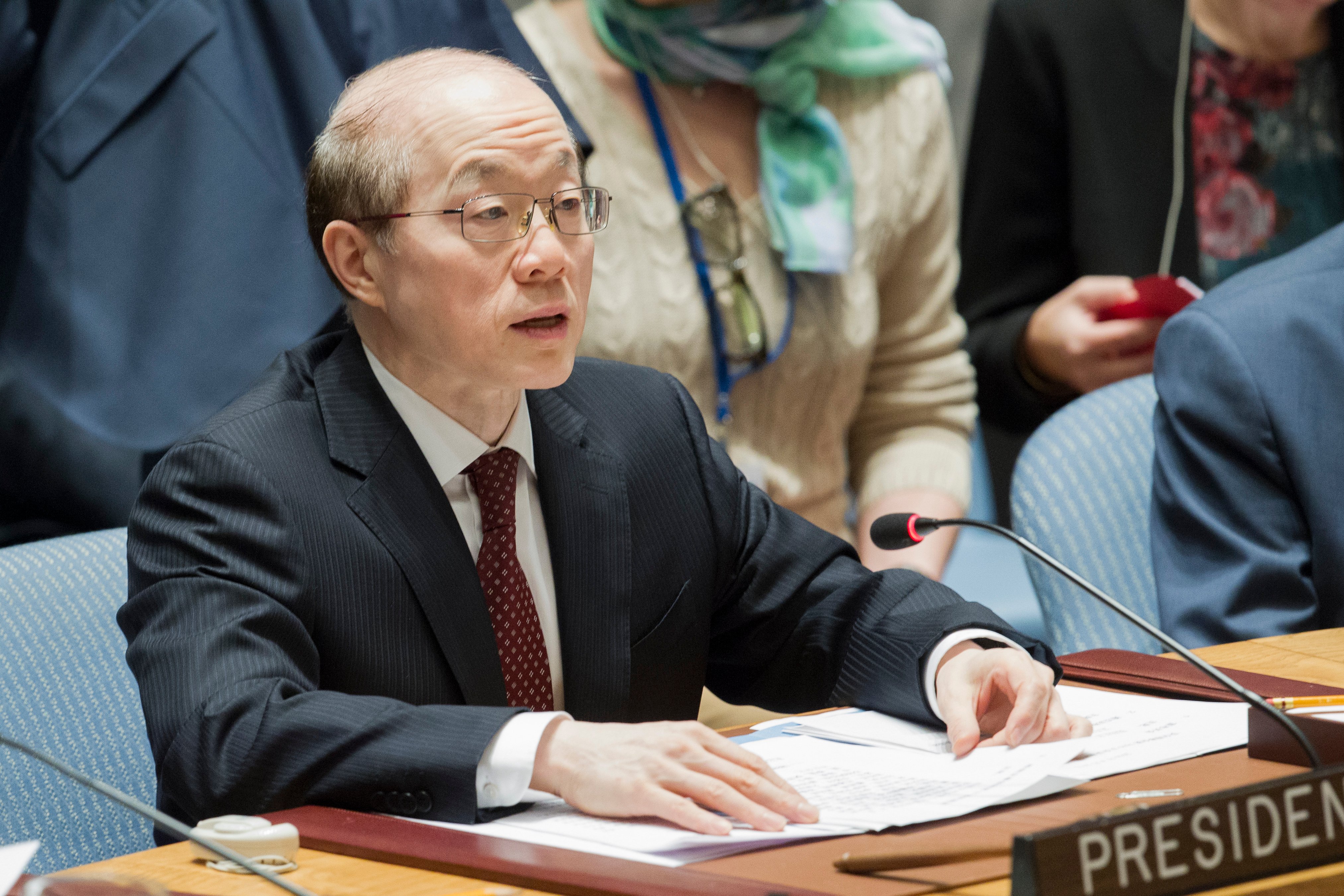 The test was of the Musudan intermediate-range ballistic missile, according to the officials quoted in the Yonhap story. The Musudan was first displayed in a military parade in October 2010 and was not known to have been flight-tested.

U.S. intelligence had been tracking two mobile ballistic missile systems in the days leading up to the test, according to an April 13 report by CNN. Officials told CNN the anticipated launch would most likely be of the Musudan.

The UN Security Council “strongly condemned” the launch in an April 15 press statement. Security Council President Liu Jieyi, the Chinese ambassador to the United Nations, said that although the attempted launch was “a failure,” it “constituted a clear violation” of existing council resolutions.

The launch came less than a week after Pyongyang claimed to have successfully conducted a “ground jet test” of a “new type” of “inter-continental ballistic rocket” via an April 9 report in the Korean Central News Agency (KCNA). The rocket engine was designed and produced by North Korean scientists, according to the KCNA report. The test of the rocket engine reportedly took place at the Sohae launch facility on the western coast and was guided by the country’s leader, Kim Jong Un.

The KCNA report did not specify for which intercontinental ballistic missile (ICBM) models the engine was designed. According to John Schilling, a specialist in satellite and launch vehicle propulsion systems at the Aerospace Corporation, the photographs of the test published by the KCNA indicate that North Korea tested a liquid-fueled engine comprising a pair of Soviet-designed 4D10 missile engines. If nuclear-armed KN-08 or KN-14 ICBMs were to be outfitted with this new engine, it would give the missiles a range of 10,000 to 13,000 kilometers, Schilling wrote in an April 11 analysis published on 38 North, an online publication of the U.S.-Korea Institute at Johns Hopkins University. This test, however, indicates that Pyongyang likely “still lacks the ability to design (or buy) engines any larger than the 4D10,” Schilling wrote. The KN-08 and KN-14 are ICBMs under development in North Korea, but neither has been flight-tested.

In March, North Korea claimed to have conducted a simulation test of a re-entry vehicle. (See ACT, April 2016.) This information, coupled with the ground engine test, indicates that North Korea “might be far enough along to conduct flight tests in as little as a year,” Schilling said. On this timeline, Pyongyang may be able to deploy a complete delivery system by 2020 “in a limited operational capability,” he wrote.

Meanwhile, in late April, South Korea was bracing for a fifth nuclear test by North Korea. President Park Geun-hye said that preparations for such a test had been detected, according to a Yonhap story on April 18. Park then reportedly ordered her military to “maintain readiness” to “sternly retaliate” against North Korea, according to the report. North Korea last conducted a nuclear test on Jan. 6. (See ACT, January/February 2016.)

North Korea is “several years” away from being capable of mounting a nuclear warhead on an ICBM, according to a senior South Korean government official quoted in The New York Times on April 5. North Korea is able to arm its medium-range Nodong ballistic missile with a nuclear warhead, according to the official, who was cited as saying that South Korea did not have evidence that North Korea has deployed nuclear-armed Nodong missiles.